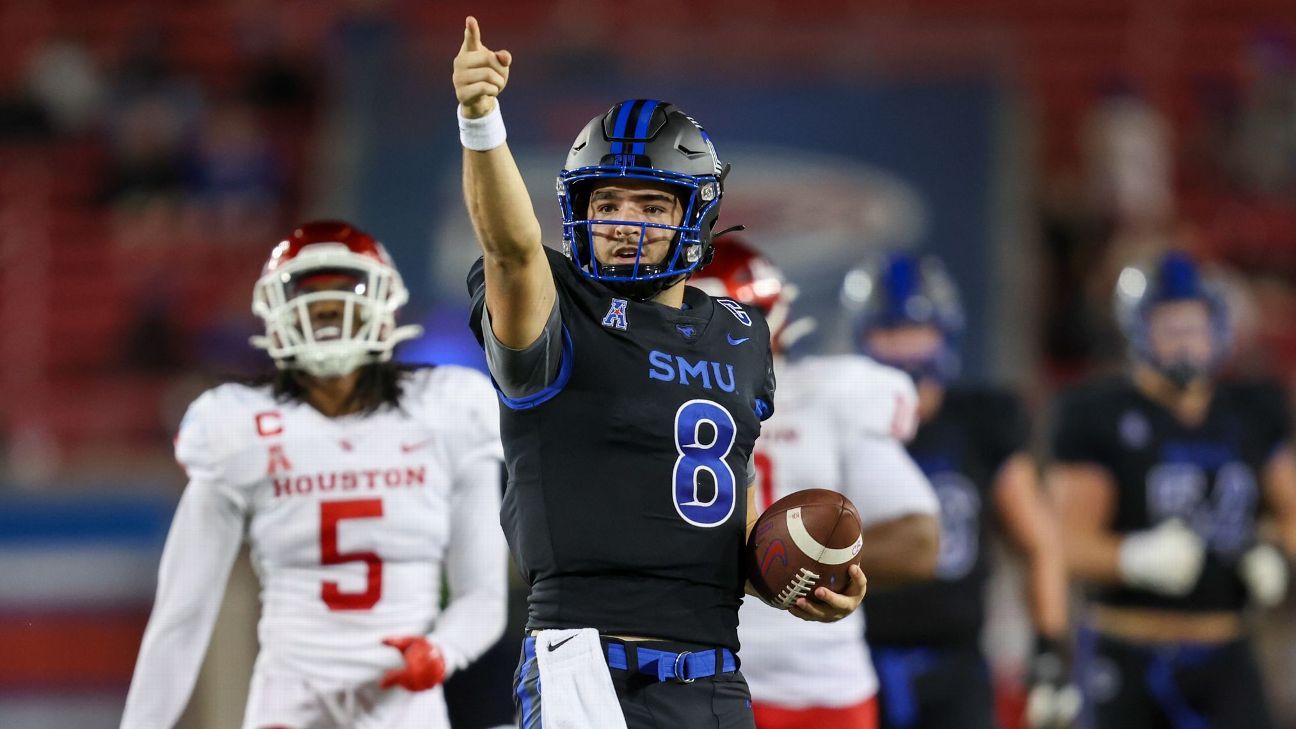 Mordecai had 7,152 passing yards with 72 touchdowns and 22 interceptions the past two seasons for SMU, setting a team record with 13 games of 300 passing yards or more. He began his career at Oklahoma, spending three seasons as a backup before transferring to SMU.

The 6-foot-3, 214-pound Mordecai would become the second quarterback transfer for Wisconsin under new coach Luke Fickell. The Badgers also added Nick Evers from Oklahoma, ESPN’s No. 166 overall prospect in the 2022 recruiting class.

Mordecai was a semifinalist for the Davey O’Brien Award in each of the past two seasons, and a Maxwell Award semifinalist in 2021. He shined under two SMU coaches, Sonny Dykes and Rhett Lashlee, and had a team-record 39 touchdown passes in 2021.

Wisconsin is reshaping its offense under Fickell and new offensive coordinator Phil Longo, who coached standout Drake Maye this season at North Carolina.