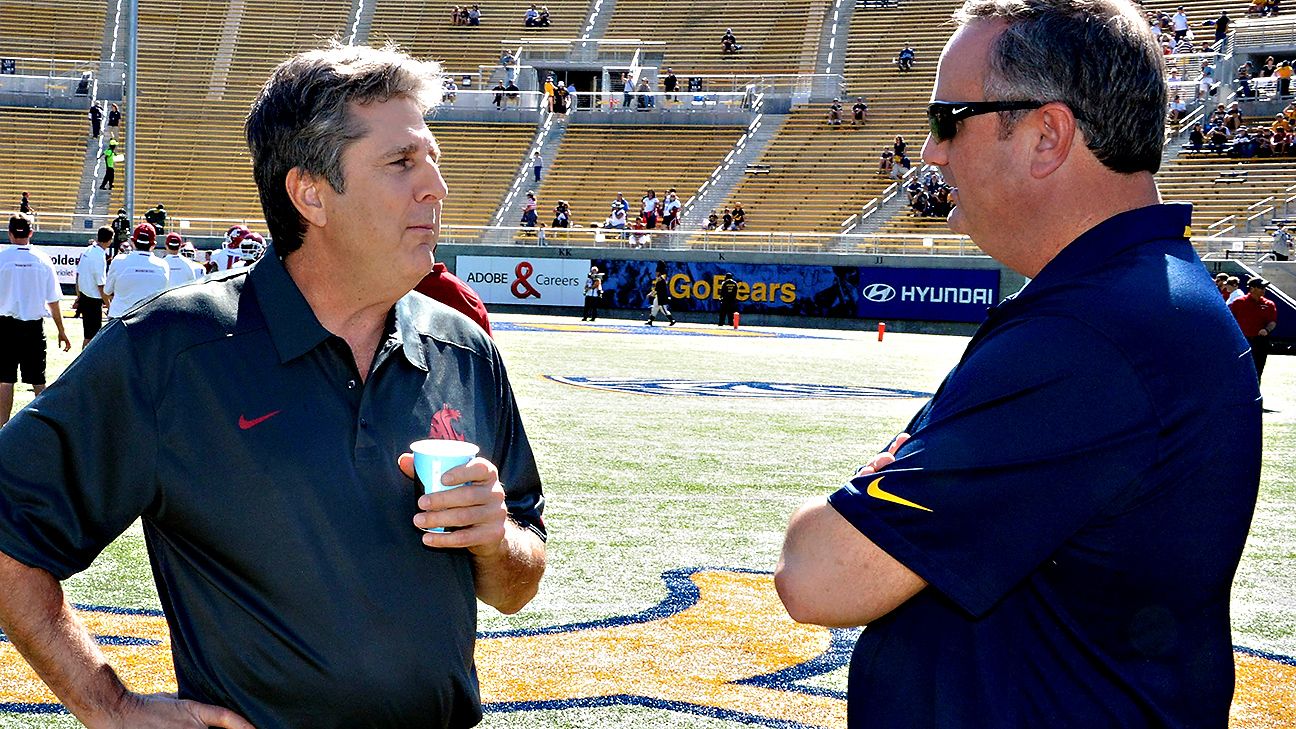 PARADISE VALLEY, Ariz. — When TCU takes the field for its College Football Playoff semifinal against Michigan at the Vrbo Fiesta Bowl on Saturday, the Horned Frogs will pay tribute to Mike Leach, coach Sonny Dykes said.

That tribute will include a sticker of a pirate flag on the helmets of all TCU players.

“I think that’s going to be a big part of my feelings pregame tomorrow — just the impact Mike had on my life and really college football in general,” Dykes said Friday. “I’m sure there’ll be a little bit of shoutout to Coach Leach before I take the field, just what he meant to me personally in my life.

“I certainly wouldn’t be here without his guidance or mentorship and the huge impact he had on my life.”

Leach, who coached for 21 seasons, died Dec. 12 at the University of Mississippi Medical Center in Jackson from a heart condition. He was 61 years old.

Dykes was an assistant on Leach’s staff at Texas Tech from 2000 to 2006, serving as wide receivers coach and later co-offensive coordinator. Dykes, who previously worked alongside Leach as an assistant at Kentucky under head coach Hal Mumme, was heavily influenced by the “Air Raid” attack developed by Mumme and Leach.

“He was just an original guy that did things his way, outside-the-box thinker, and I just was really blessed and fortunate to have a chance to work with him,” Dykes said.

Both Dykes and Michigan coach Jim Harbaugh grew up as sons of college head coaches — Jack Harbaugh was at Western Michigan and Western Kentucky; Spike Dykes was a longtime coach at Texas Tech.

Jim Harbaugh mentioned his father talking about having fond memories of going to coaches’ clinics and talking shop with Spike Dykes.

“The real clinic was after the clinic,” Harbaugh said. “They’d go to the hotel bar, have a beer, and all of a sudden the paper and the napkins came flying. And they’re drawing plays and couldn’t wait to talk football and tell them everything that you know. We don’t do that. That’s something that has changed.”

Dykes joked how, when he was growing up, he would come home from a high school football game at 1 a.m. and his dad would be having a drink in the living room with rival coaches, such as Texas A&M‘s R.C. Slocum, on the night before a game against them.

“So in that spirit, I was going to invite Coach Harbaugh by the hotel tonight to see if we want to open up a bottle of bourbon and reminisce a little bit,” Dykes said as both coaches laughed. “I don’t know if he’ll take me up on it.”