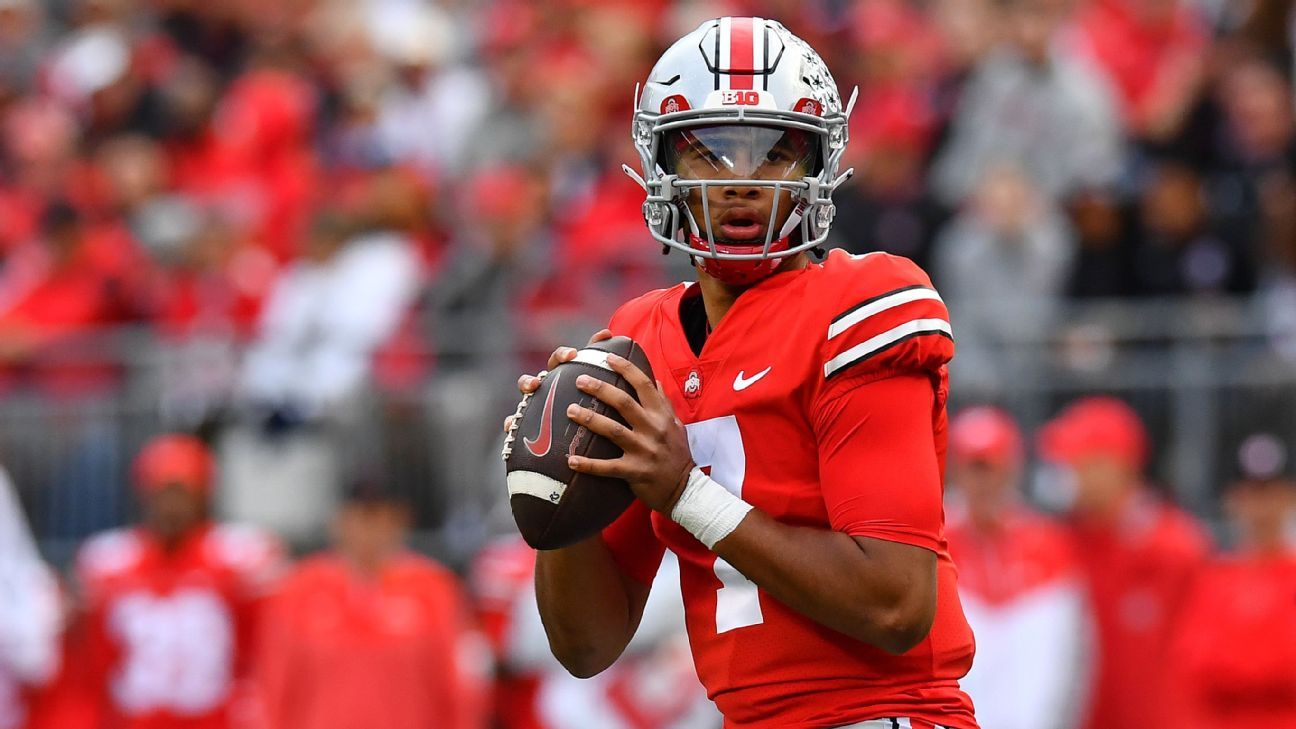 ATLANTA — As hard as Ohio State quarterback C.J. Stroud tried to avoid the negativity on social media and elsewhere after losing to Michigan last month, it was unavoidable.

Stroud said during media day Thursday as the Buckeyes prepare for the College Football Playoff Semifinal at the Chick-fil-A Peach Bowl, “I don’t really look, but people have the audacity to call me and tell me what people say. So, I do hear it, and it is what it is. It comes with the nature of the beast. You can’t accept the good and not accept the bad.”

This is not the first time Stroud has drawn the ire of fans and others on social media for what they perceive to be issues with the Buckeyes. Dating back to the start of last season, a quick search shows tweets expressing anger specifically directed at Stroud.

They grew more amplified after the 45-23 loss to Michigan, because not only did it appear Ohio State had lost its chance to play for a national championship, Stroud had also lost twice to Michigan. In the game, Stroud threw for 349 yards, 2 touchdowns and 2 interceptions. Last month, Stroud said “people wouldn’t be proud if everybody in the world were able to see” what was being said about him.

His teammates understand. Multiple players told ESPN on Thursday they either saw hateful messages directed at them and their teammates, or stopped looking at social media altogether in the days after the game.

“As 18- to 22-year-olds, social media is a big part of our life, so it’s kind of hard to stay off of it so I definitely saw some of the comments, and that could be frustrating,” safety Tanner McCalister said. “People will comment in your DMs and say all types of things. I try not to look at that.

“When you play college football, that stuff comes, especially when you’re at a level like this. So you’ve got to expect it. I’m not saying it’s right. It’s not right at all. But I mean, you kind of expect it and push it to the side and keep chasing your dreams, and do what you got to do to help your team win games.”

Cornerback Cam Brown pointed out several of his teammates had just turned 18, believing some perspective is in order.

“People talk bad on people, they don’t understand we’re young,” Brown said. “Grown people are talking crazy about children because something didn’t go right. We tried not to look at our phones because it’s going to make us think bad about people we don’t want to.”

Defensive end Zach Harrison said coach Ryan Day has done a good job addressing what is out there on social media so he can be honest and upfront about what is being said about them.

“Everything that we see, he probably sees tenfold,” Harrison said. “It’s made us stronger and it’s made us more together. As long as we stay together, we’ll be alright.”

“I think one of the things with social media or anything in general, you have to be steady in the boat and know who you are as a person, as a player, and that’s important to C.J.,” said Ohio State quarterbacks coach Corey Dennis. “It was a hard week, and then all of a sudden, you get into the playoffs and you realize that we’re back in. You put that game behind you, and push forward.”

Indeed, Stroud has drawn praise from his coaches and teammates, who cite his resiliency and leadership during his time with the Buckeyes — but especially now that they have their long-anticipated opportunity to compete for a national championship.

“If you watch the tape, I think that I’ve really tried to do everything I could to win games in my career and if that means I didn’t get it done, it is what it is,” Stroud said. “Everybody’s entitled to their opinion. I’m going to keep moving forward and learn from it. I really thank God for having a second chance, and I think we deserve to be here, regardless of what happened that day. But we’ve moved on. Our focus is on Georgia now. I’m just taking it as a lesson and try to learn from it.”