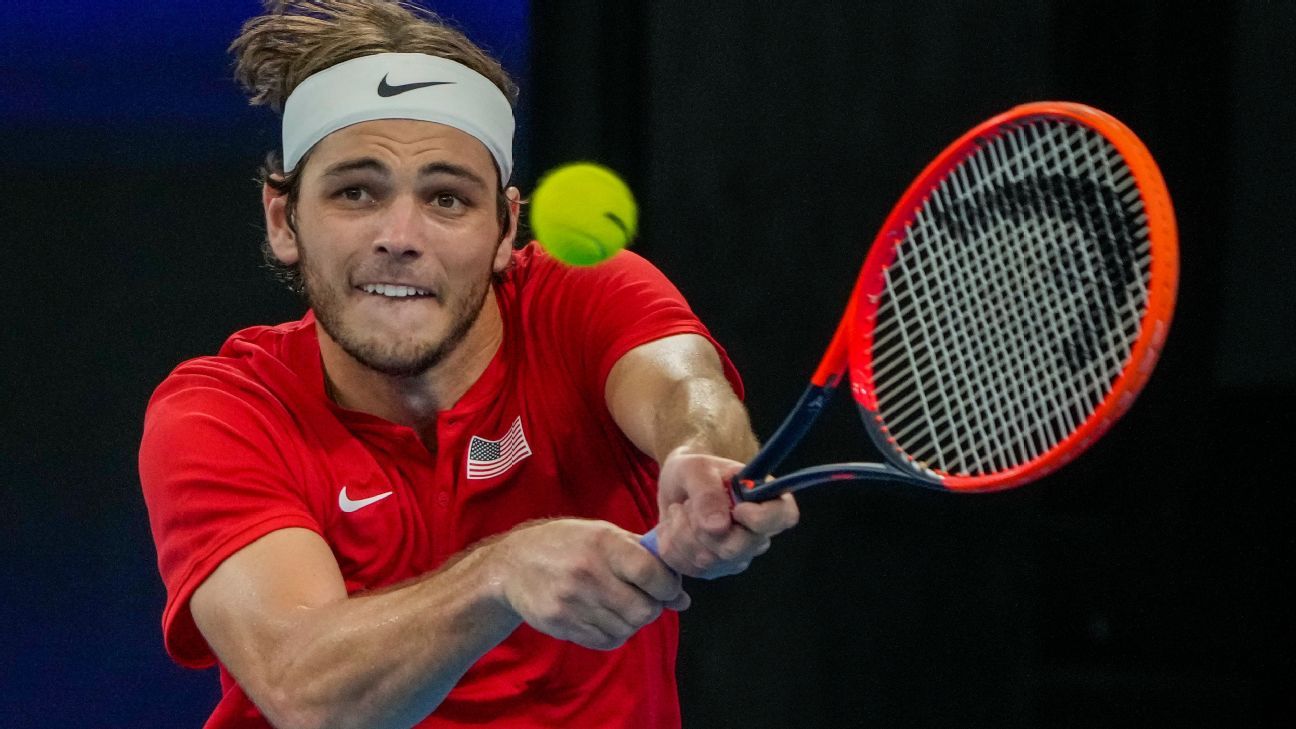 Fritz broke Jiri Lehecka‘s serve in the ninth game of the second set and went on to beat the Czech player 6-3, 6-4. Keys followed that up with a 6-4, 6-3 win over Marie Bouzkova in the next Group C match at Ken Rosewall Arena in Sydney.

Two singles matches — one men’s and one women’s — will be played over each of two days, with a mixed doubles to conclude the five-match encounter on the second day.

“In a team event, first match of the year, there are always some nerves coming out, so it is great to come out and get the team ahead,” Fritz said. “Hopefully loosen everyone else up. It is a tough position to play if behind, so it is really good for the team.”

Fritz saved both break points he faced in his first head-to-head meeting with the 21-year-old Lehecka.

The U.S. is the third-seeded team in the tournament and also features world No. 3 Jessica Pegula and men’s No. 19 Frances Tiafoe.

On Friday in singles against the Czechs, Pegula will take on two-time Wimbledon champion Petra Kvitova and Tiafor plays Tomas Machac. Pegula and Fritz are scheduled to play mixed doubles for the U.S.

The inaugural United Cup has teams from 18 countries competing in Brisbane, Perth and Sydney through Jan. 4. The three city champions and the next-best performing country from the group stage will meet at Ken Rosewall Arena from Jan. 6 to 8 to determine the overall winner.

Top-seeded Greece is led by world No. 3 Stefanos Tsitsipas and No. 6-ranked woman Maria Sakkari. World No. 1 Iga Swiatek and No. 11 Hubert Hurkacz will lead second-seeded Poland, Rafael Nadal will team with world No. 13 Paula Badosa for Spain, and Italy will have world No. 16 Matteo Berrettini and Martina Trevisan.

Each host city will feature two groups of three countries competing in a round-robin format.

Greece lived up to its top billing by taking a 2-0 lead over Bulgaria in Perth, Western Australia. Tsitsipas beat Grigor Dimitrov 4-6, 6-2, 7-6 (4), and Despina Papamichail came back from a set and a break down to defeat Isabella Shinikova 3-6, 6-4, 6-1.

In night play in Sydney, Cameron Norrie beat Alex de Minaur after the Australian double-faulted to set up match point, helping give Norrie a 6-3, 6-3 win and Britain a 1-0 lead. Katie Swan made it a 2-0 lead for Britain after the first day when she beat Zoe Hives 6-4, 6-3.

In other results, the Italy-Brazil match-up at Brisbane’s Pat Rafter Arena was level at 1-1 after the first day. Beatriz Haddad Maia gave Brazil a 1-0 lead with a 6-2, 6-0 win over Martina Trevisan before Italy’s Lorenzo Musetti beat Felipe Meligeni Alves 6-3, 6-4.

“We played in the middle of last year and it was three sets,” Haddad Maia said of Trevisan. “I worked very hard to push myself to play my best tennis. I worked very hard in the preseason to be as ready as I could today.”