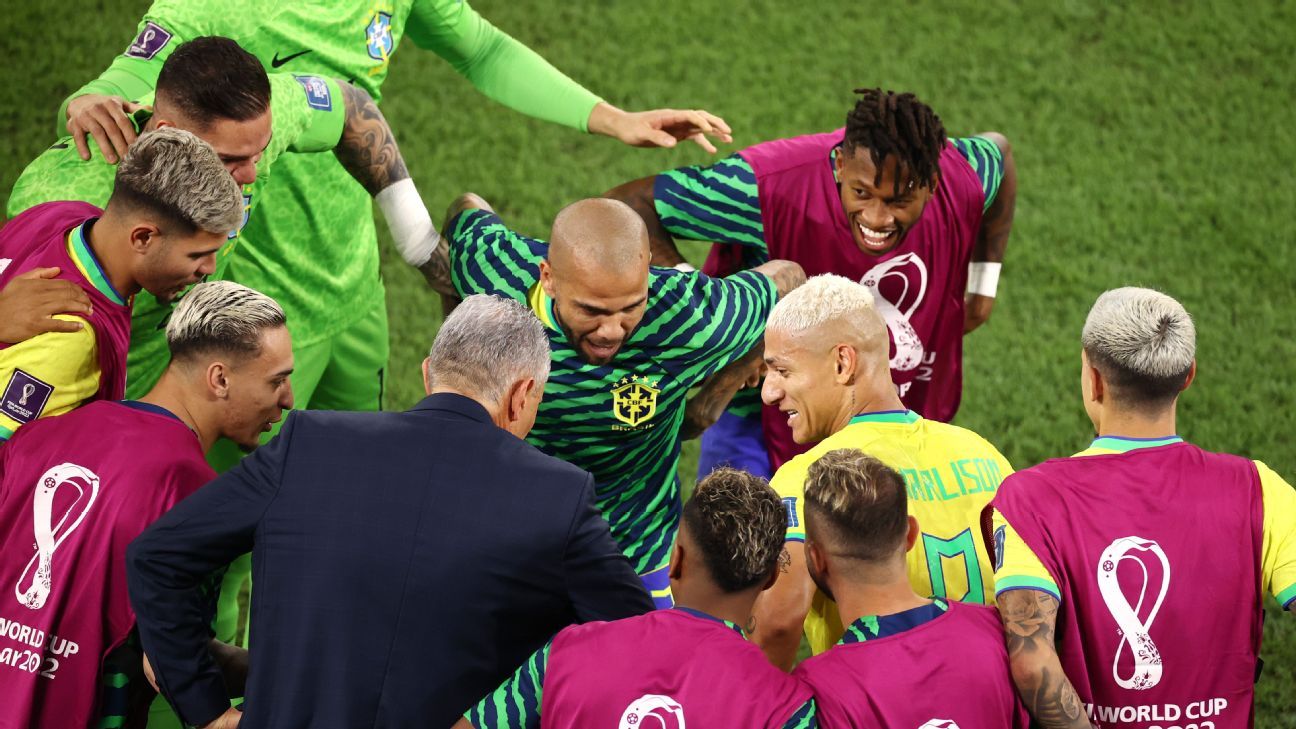 The 61-year-old coach lauded his team’s spirit after a 4-1 win against South Korea on Monday that sent Brazil to the quarterfinals of the World Cup, during which he was brought in on a choreographed goal celebration.

– Bonagura: Neymar‘s return has Brazil dancing into quarters
– World Cup bracket: Who plays whom in the knockout round?

“They’re very young and I always try to adapt a little bit to their language,” Tite said through an interpreter. “They have a language, which is of dancing.”

After Richarlison‘s stunning team goal put Brazil up 3-0, he made his way directly to the sideline, pointing at his coach in the process. A circle had formed and Brazil’s break-out striker put his arm around the coach as the group shared a few dance steps together.

The celebration had been semi-planned and Tite said he has made a point to adapt to the group, in an effort to connect with the players. Part of that was getting in on the dancing.

Prior to the game, he said he told the players a dance they were doing was similar to something he was familiar with and told them that if they taught it to him, he would do it with them.

“You have to learn how to do the moves,” Tite said. “And the moves are very tight.”

But the Brazil coach was also very conscious of the possibility that his dancing could be taken the wrong way.

“I have to be very careful,” Tite said. “There are people who are evil who will say that was disrespectful.”

That was not the intent, he said, adding it was an expression of happiness and that he respects South Korea coach Paulo Bento, whom he has know since he coached Brazlian side Cruzeiro in 2016.

“Happiness for a goal scored, for the team, for the performance, for the result,” Tite said.

Another cause for joy in the Brazil side was the return of Neymar, who missed his team’s final two group games with an ankle injury he picked up against Serbia.

The Paris Saint-Germain star converted a 13th-minute penalty to put Brazil up 2-0, and after the match admitted he was nervous he wouldn’t be able to participate further in the World Cup after getting hurt.

“The night I got injured was very hard for me because I had a thousand things in my head — doubts, fears — but I had the support of my teammates and my family,” Neymar said. “I had to find strength where there wasn’t any.”

He thanked his fans for their messages of support and Brazil’s medical team for their work on his recovery, adding he felt no pain in his ankle in Monday’s match.

Brazil are due to face Croatia, who beat Japan on penalties earlier on Monday, in the World Cup quarterfinals on Friday.

Information from Reuters was used in this story.

CB Robinson, No. 5 in 2024 class, picks Georgia
AD: Lakers ‘cheated’ by late missed call vs. C’s
‘This is the happiest time for me’: Inside Fedor Emelianenko’s last hurrah in MMA
B’s drop third straight in showdown with Canes
First look at Chiefs-Eagles: Early Super Bowl picks, big questions and matchups to know