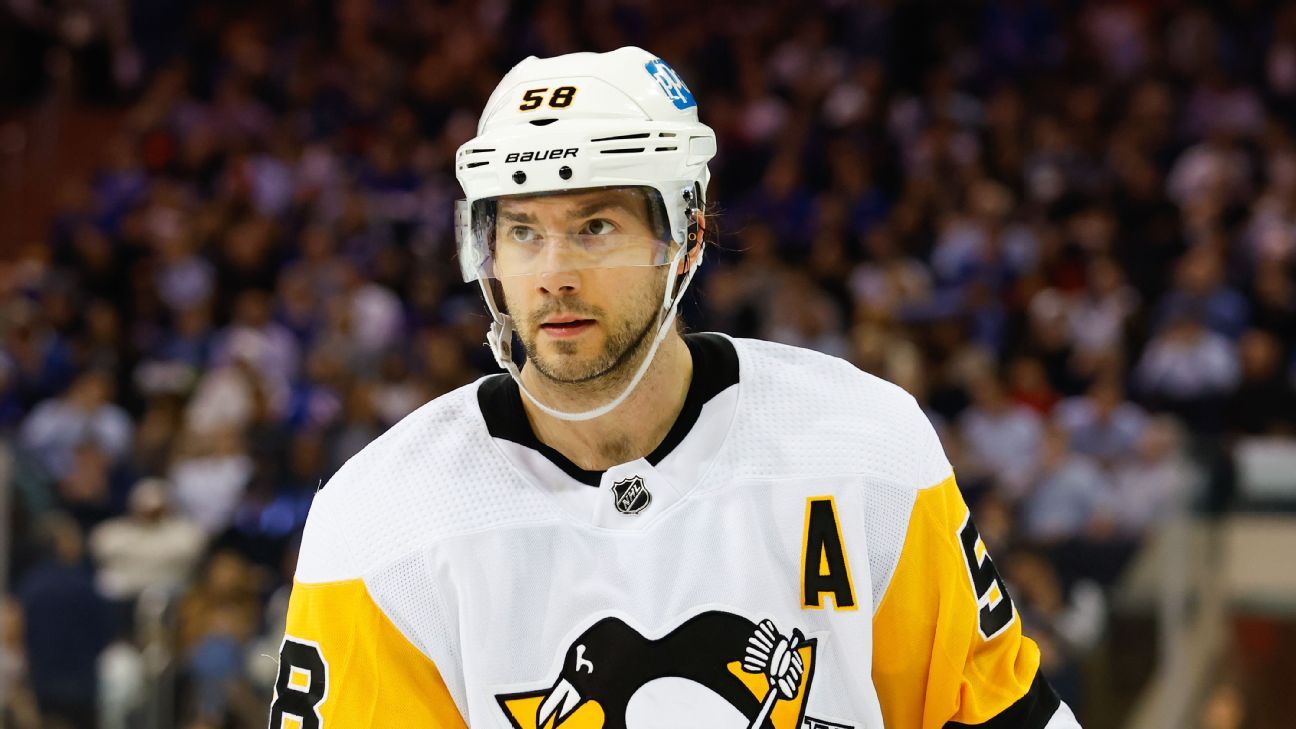 Pittsburgh Penguins defenseman Kris Letang will be out indefinitely after his second stroke in less than a decade, the team said Wednesday.

Penguins general manager Ron Hextall said in a statement that Letang was taken to a hospital Monday after telling team trainers he was dealing with what Hextall described as a migraine headache. Hextall said Letang did not know he had a stroke but “just knew something wasn’t right.”

Tests at the hospital confirmed the stroke for Letang, who previously had one in 2014. The Penguins said that Letang, 35, was not experiencing any lasting effects and that this is not believed to be career-threatening.

“I am fortunate to know my body well enough to recognize when something isn’t right,” Letang said in a statement. “While it is difficult to navigate this issue publicly, I am hopeful it can raise awareness. It is important for me that my teammates, family and the fans know that I am OK. I am optimistic that I will be back on the ice soon.”

Said Hextall: “The test results were shocking to hear, but we are grateful Kris is doing well.”

Penguins coach Mike Sullivan said that initial test results on Letang have been “very encouraging” and that Letang will continue to undergo tests this week. The Penguins said there will be no updates until those tests are completed and a plan is in place.

Letang was at the arena Tuesday for Pittsburgh’s 3-2 overtime loss to Carolina. He spent the second period chatting with Hextall, and after the game he addressed his teammates in the locker room.

“I think it was important for Kris to be there because his teammates got to see him in good spirits and that he’s doing well,” Sullivan said.

Letang missed more than two months of the season after he suffered his first stroke in 2014. Tests showed that Letang was born with a tiny hole in the wall of his heart.

A six-time All-Star, Letang has one goal and 11 assists in 21 games this season while leading the Penguins with 23:54 in ice time per game.

‘When he hits you, it’s different’: What it’s like facing the KO power of Derrick Lewis
Veteran Indian Batter Murali Vijay Announces Retirement From All Forms of International Cricket
Blue Bay LPGA canceled for third time in 4 years
How to watch PGA Tour’s AT&T Pebble Beach Pro-Am on ESPN+
How LeBron James’ worst game motivated him to become the greatest