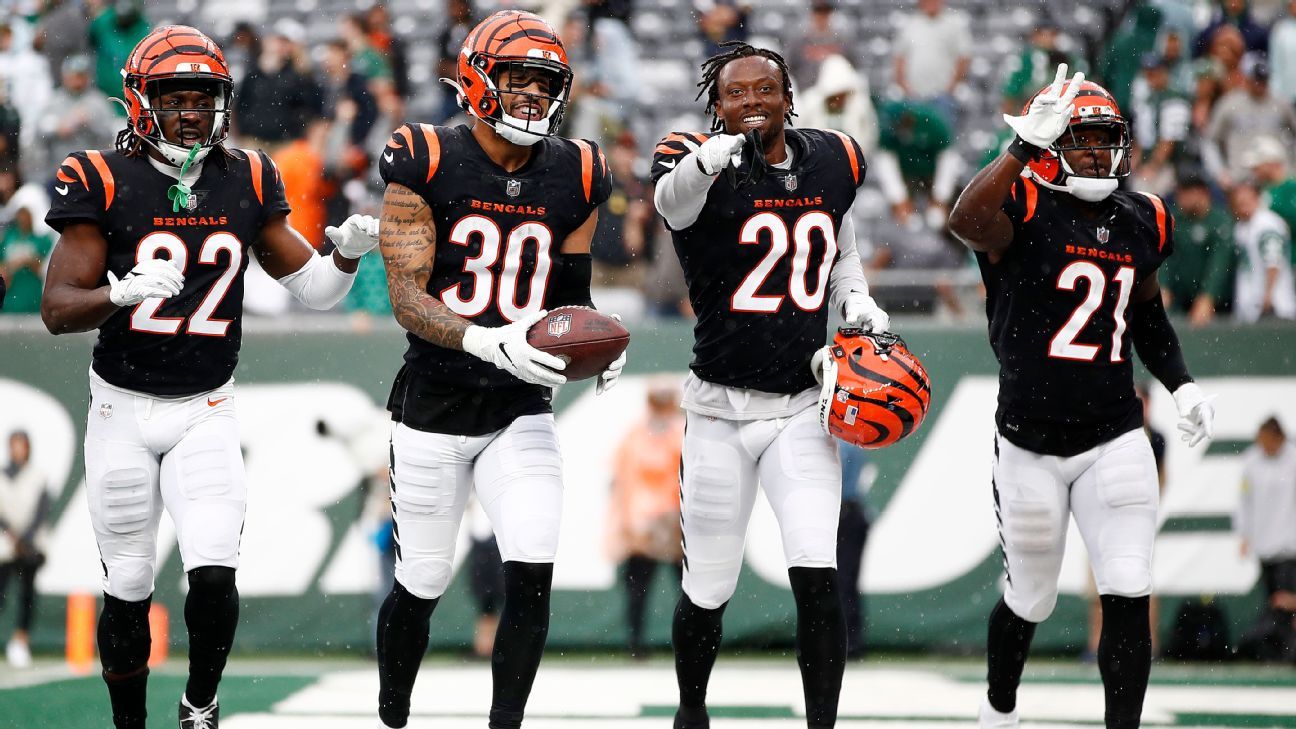 CINCINNATI — Bengals cornerback Eli Apple might not be talking about his ongoing feud with Miami Dolphins wide receiver Tyreek Hill, but that hasn’t stopped some of Apple’s teammates ahead of the teams’ meeting at Cincinnati’s Paycor Stadium on Thursday night.

After the Dolphins’ victory over the Buffalo Bills on Sunday, Hill told reporters he owes Apple after their meetings last season when he was with the Kansas City Chiefs. Apple and the Bengals won both, including in the AFC Championship Game to advance to Super Bowl LVI.

On Tuesday, Bengals safety Jessie Bates III said Apple has the support of his teammates.

“(If) somebody comes after Eli, he comes after all of us,” Bates said. “We’re all up for the challenge.”

The veteran safety said that he wasn’t surprised with Hill’s comments about Apple.

“I don’t know if Eli got him tickets to the Super Bowl last year or not,” Bates said. “I think that’s probably why he’s a little upset.”

On the final play of the first half of the AFC title game in Kansas City, Apple tackled Hill short of the goal line, preventing Kansas City from extending its 21-10 lead. Cincinnati completed the comeback and eventually won the game in overtime 27-24, clinching the franchise’s first Super Bowl berth since 1989.

“It must have still been in his head a little bit, obviously, if he brought it up,” Bengals cornerback Mike Hilton told reporters. “We’re not with all the talking. We’re just going to go out there and handle our business on Thursday.”

Apple has opted against enflaming the situation. On Monday, Apple sidestepped cameras and recorders waiting for any comment he might have about Hill.

He took a similar route in the team’s Week 3 victory over the New York Jets, when he was engaged with wide receiver Corey Davis after a play. Davis was penalized for unsportsmanlike conduct.

“I think Eli was really smart in that situation,” Bengals cornerback Chidobe Awuzie said. “Obviously the pride in you wants to go after the guy, but the team aspect of it, you know have to be very calm in that type of situation. It helped us out.”

Even though Apple has shown some restraint, that doesn’t mean he isn’t going to show his emotion. Both Bates and defensive coordinator Lou Anarumo joked about Apple jumping on the bottom of the goal post and sliding down it against the Jets following an incomplete pass in the team’s first win of the season.

Anarumo, who coached Apple as an assistant with the New York Giants, said that the 2016 first-round pick has changed since he first entered the league.

“He was just so young coming out of college,” Anarumo said. “He’s grown in so many ways on and off the field. He’s doing a good job.”

Amid all the off-field chatter about Hill and Apple, the Bengals (1-2) know they will have their hands full with Hill and a Dolphins (3-0) passing attack that also features wide receiver Jaylen Waddle. Bates called the Dolphins’ speed a “once-in-a-generation” type of talent.

But all the back-and-forth adds a lot of intrigue to Thursday’s primetime game.

“When you come at one of us, you come at all of us,” Hilton told reporters. “But we don’t need to do any talking. We got a job that we gotta do on Thursday. We feel like they’re in our way. So we just gotta go out there and try to get a win.”