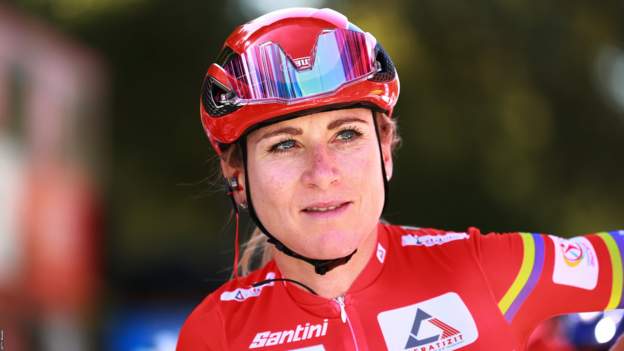 Annemiek van Vleuten will ride in the women’s road race at the Road World Championships in Australia on Saturday despite fracturing an elbow.

Doctors said the Olympic time trial champion, 39, is fit to compete after a crash during Wednesday’s mixed relay.

The Dutchwoman was favourite having won the Tour de France Femmes, Giro d’Italia Donne and Ceratizit Challenge by La Vuelta this season.

“The training sessions of the past few days showed enough recovery [for Van Vleuten] to be able to ride,” said the Dutch Federation.

After the crash, Van Vleuten shared a light-hearted message confirming the fracture was stable, but said riding on Saturday would depend “on pain and needs to be sensible”.

The road races will be available to stream live on BBC iPlayer, Red Button and the BBC Sport website.