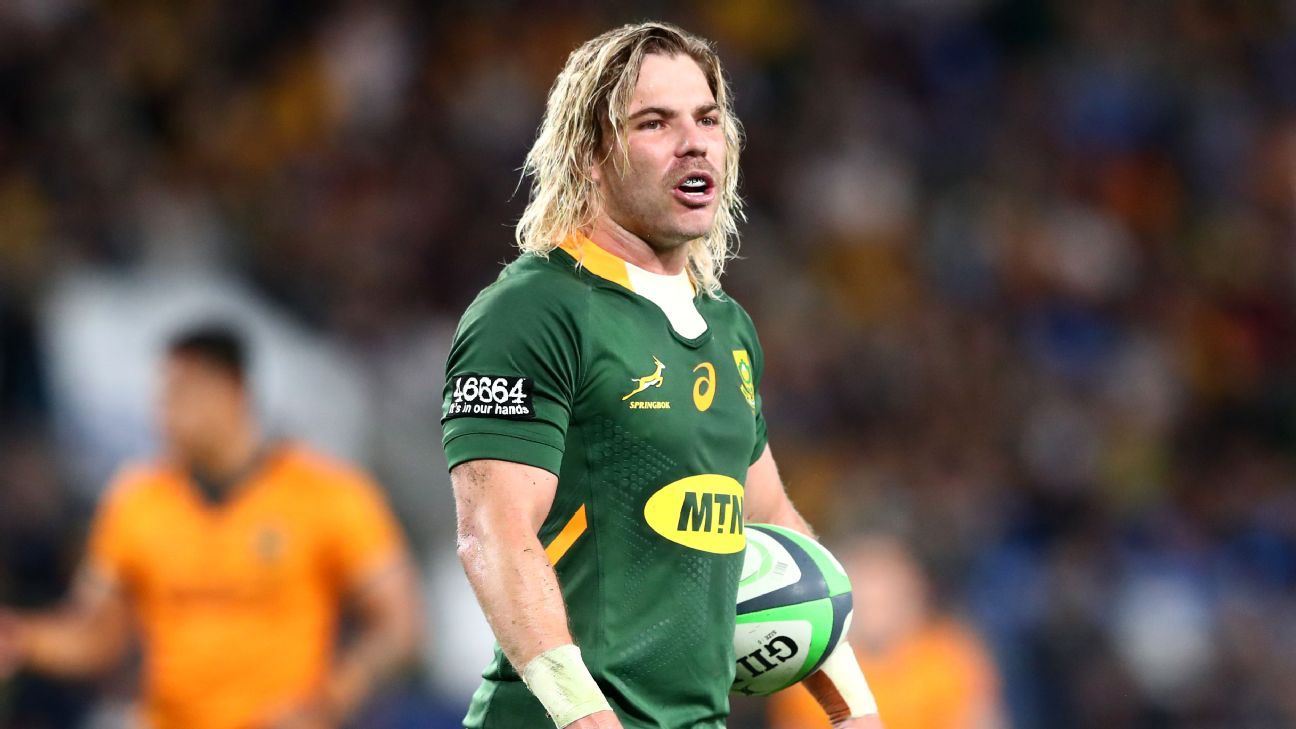 South Africa have made two changes to their starting line-up for the Rugby Championship clash with Australia at Adelaide Oval on Saturday as coach Jacques Nienaber also cut a member from their famous ‘Bomb Squad’ on the bench.

Warrick Gelant will start on the right wing in the place of the injured Jesse Kriel, while the experienced Faf de Klerk returns to the scrumhalf position after he was concussed against New Zealand earlier this month.

Gelant is the fourth right wing in as many tests for the Springboks after Cheslin Kolbe, Kurt-Lee Arendse and Kriel were all ruled out through either injury or suspension.

Injuries to backline players early in their recent tests forced a change of thinking on the bench, with Nienaber moving away from the 6-2 split between forwards and backs to a more conventional 5-3.

It means their ‘Bomb Squad’, which sees powerful forwards come on as replacements in the second half to keep the pressure on wilting opponents, has been weakened to an extent.

Scrumhalf Jaden Hendrikse, flyhalf Elton Jantjies and utility back Frans Steyn are the three options off the bench.

“We looked at what Australia will bring to the game, and that combined with our need to give Elton and Frans Steyn some vital game time, prompted us to select five forwards and three backs on the bench,” Nienaber said in a media release from South African Rugby.

“With Franco (Mostert) and Kwagga (Smith) on the bench, we will have cover at lock and loose-forward, while Frans Steyn’s versatility will also be handy as he can cover centre and fullback.”

Hooker Joseph Dweba, who was taken off after 30 unimpressive minutes against New Zealand last time out, gets another chance to start, as does prop Ox Nche and number eight Duane Vermeulen, who also struggled in the 35-23 loss at Ellis Park.

“We also feel it is important to give the likes of Ox, Joseph and Duane another opportunity to further build combinations and give them valuable game time as we build toward the Rugby World Cup next year.”

South Africa have not won in Australia since 2013 and Nienaber is expecting another tough battle despite the Wallabies limp display in their 48-17 loss to Argentina last time out.

“We had a thorough review of our last match against New Zealand, and we have identified the areas of our game in which we need improve,” Nienaber said.

“We know we need to make a big step-up in the quality of our performance to start the tour on a positive note, and that is a big objective for us this weekend.”