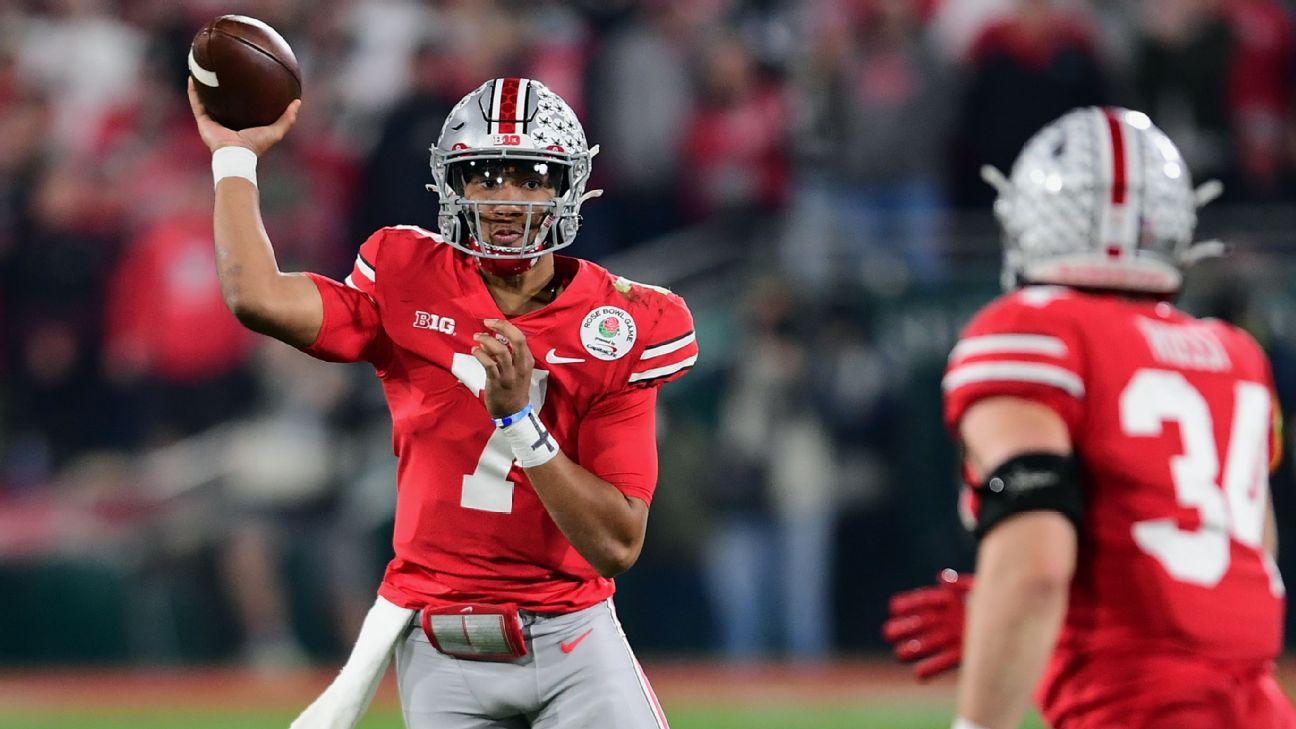 The 2022 college football season kicks off Saturday with 11 FBS games and shifts into high gear Sept. 1, with the start of the full Week 1 schedule. While there will be a whole lot of action between then and December, it’s never too early to dream about bowl season and the College Football Playoff.

To that end, ESPN college football reporters Kyle Bonagura and Mark Schlabach present their preseason bowl projections, and they’ll have new ones every week as the season rolls along. They’ll also provide analysis in explaining their CFP picks and offer other insights about their predictions.

Bonagura: Georgia and Alabama are machines. It doesn’t matter how many NFL players departed from their rosters, they’ve earned the benefit of the doubt and — as meaningless as preseason predictions are — deserve to begin the season in the top four. After that, it’s less straightforward. Ohio State’s dominance over Michigan ended last season, but with what the Buckeyes have coming back — including prolific passer C.J. Stroud — they’re the favorites in the Big Ten. That distinction is enough for top-four status just about every year. Utah and Oklahoma received strong consideration for the final spot, but ultimately Dabo Swinney’s track record over the past decade was the justification for putting the Tigers in.

Schlabach: I think Alabama and Ohio State are head and shoulders above the other CFP contenders heading into the season, but defending national champion Georgia could get to that level by season’s end. The Bulldogs have to replace 15 players who were selected in the NFL draft and helped them win their first national title in 41 years. The losses are especially heavy on defense. Under Kirby Smart, Georgia has reached a level where it simply reloads, but there might be some early growing pains. Still, it would be difficult to find a regular-season opponent that can beat the Bulldogs. I considered the same three teams as Kyle did for my final CFP spot — Clemson, Oklahoma and Utah — and ended up going with the Tigers for now. Quarterback DJ Uiagalelei is going to have to dramatically improve for Clemson to get to the top four.

Team ready to make the leap to an NY6 bowl

Bonagura: Texas A&M was an NY6 team in 2020, but the COVID-modified schedule cast a shadow over everything that happened that year. So, while it hasn’t technically been a long absence for the Aggies, this feels like the year where an unqualified breakthrough is possible. They have everything they need to reach the NY6 (including not having to play Georgia in the regular season).

Schlabach: Remarkably, NC State has won 10 games in a season just once in its 117-year history of playing football. It happened under Chuck Amato in 2002, when the Wolfpack went 11-3 and won the Gator Bowl. NC State might have won 10 contests last season, but UCLA pulled out of the Holiday Bowl because of COVID-19 issues. With eight starters, including quarterback Devin Leary coming back on offense and nine returning on defense, the Wolfpack could challenge for the ACC title if things bounce their way.

School/coach that most needs to make a bowl

Bonagura: While most of the country smirks at the idea that Nebraska can return to prominence as a national power in modern college football, it’s still hard to comprehend how, after reaching 48 bowl games in 50 seasons, the Cornhuskers haven’t gone bowling the past five years. If that streak reaches six, it’s hard to imagine coach Scott Frost would remain with the program.

Schlabach: Geoff Collins faced a monumental rebuilding job at Georgia Tech when he was hired to replace Paul Johnson after the 2018 season. Collins and his staff had to rebuild much of the roster on offense, going from Johnson’s triple-option spread attack to a more pro-style system. The early results haven’t been good. Collins’ teams went 9-25 in his first three seasons, including 7-18 in the ACC. Worse, the Yellow Jackets have been pummeled by rival Georgia by a combined score of 97-7 the past two seasons. It might be make-or-break time for Collins. Unfortunately for him, Tech’s schedule is very difficult with nonconference road games at UCF and Georgia and a contest against Ole Miss in Atlanta.