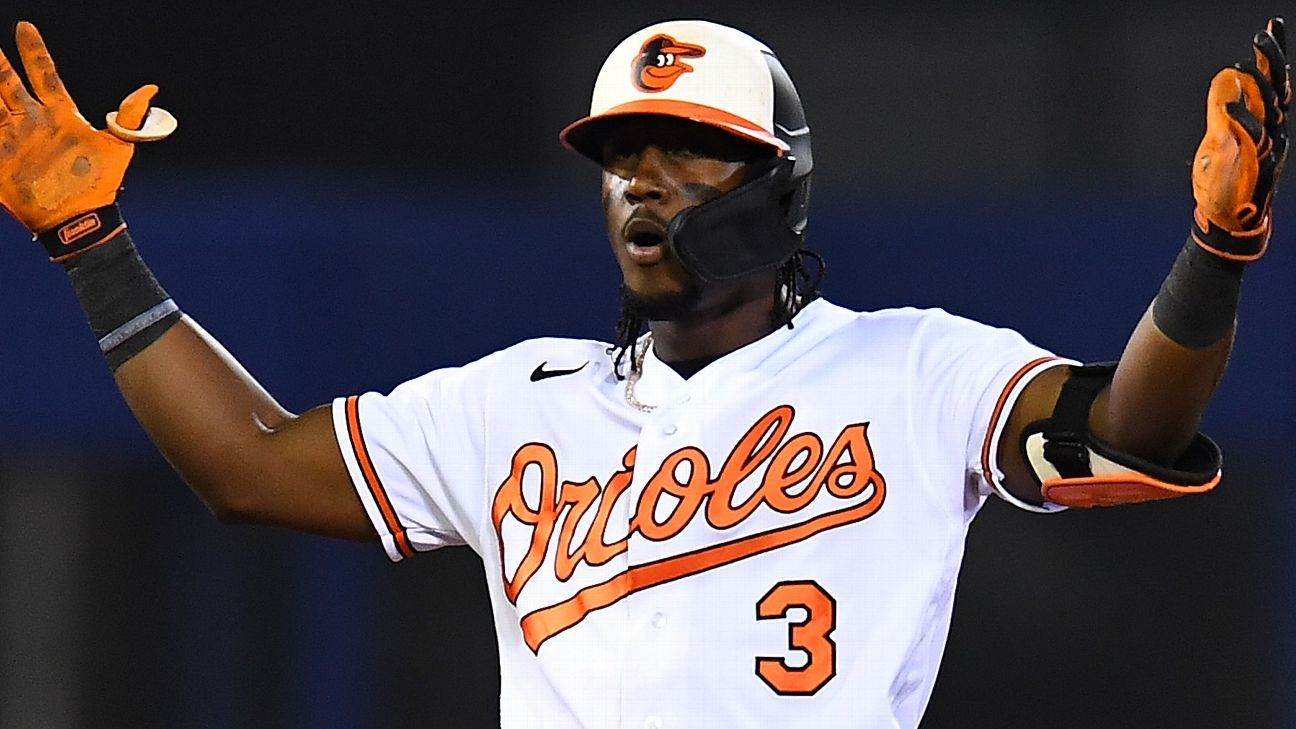 WILLIAMSPORT, Pa. — Jorge Mateo lined a bases-loaded double to left field in the eighth inning, driving in three runs and sparking the Baltimore Orioles to a 5-3 victory over the Boston Red Sox on Sunday night in front of hundreds of cheering Little League World Series players from around the world.

Mateo kept the Orioles 2½ games behind in the race for the final AL wild-card spot, and Baltimore won the fifth MLB Little League Classic in front of former President George W. Bush and a sellout crowd of 2,467 fans at historic Bowman Field. Bush shook hands with the Orioles and Red Sox players and went into the stands to meet Little Leaguers and their families.

In a game that Boston manager Alex Cora deemed “baseball at its purest,” the kids went wild when Mateo ripped a shot off John Schreiber for the three-RBI double and a 5-2 lead. Matt Barnes (0-4) took the loss.

“It was a really special moment for me, really enjoyed that moment and cherished it,” Mateo said through a translator. “It’s something that reminded me of my own childhood, getting a hit like that meant a lot to me.”

Red Sox pinch-hitter Franchy Cordero hit a tying solo homer off reliever Dillon Tate in the eighth that made it 2-all. Cordero had been called up for the game from Triple-A Worcester.

Cionel Perez (7-1) earned the win in relief. Felix Bautista gave up a solo homer to Xander Bogaerts in the ninth, but still picked up his eighth save.

Among the fans were the father, brother and teammates of injured Utah Little Leaguer Easton Oliverson. The 12-year-old seriously injured his head when he fell out of his top bunk in the dorms. Jace Oliverson, the boy’s father, said Easton was expected to fly back Tuesday to Utah and will remain in a hospital there.

“I’m just grateful that he’s still alive because I was pretty much told he had a zero percent chance to live,” Oliverson told The Associated Press. “We feel very fortunate.”

The rest of the day featured the usual revelry now associated with a game in which millionaire big leaguers get to act like kids for a day. Orioles manager Brandon Hyde and Cora both took cardboard rides down the outfield hill outside the Little League World Series stadium. So did stars for both teams.

The front-row seats behind the dugouts belonged to 12-year-olds dressed in full uniform and hanging on every pitch — well, at least when they didn’t chase the team mascots for photos or storm the concourse between each inning in hopes of having a major leaguer toss them a ball.

“It’s really just seeing the pure emotions from everybody, all the smiles on kids’ faces,” Orioles outfielder Ryan McKenna said. “There were a bunch of kids that wanted autographs. I told them, ‘What’s up?'”

Not much once the game started.

Anthony Santander and Ramon Urias had RBI singles in the first off Boston’s Nick Pivetta. Pivetta, who took the loss for the Mets in the 2018 Little League Classic, struck out nine over 5⅔ innings.

Enrique Hernandez made it 2-1 in the second with an RBI single off Dean Kremer.

Teams from Australia, the Asia-Pacific region and all around the globe sat only a relay throw away from Orioles and Red Sox in the type of seats usually reserved at MLB stadiums for deep-pocketed fans.

Graham Vinson, a 12-year-old pitcher-catcher-shortstop, plays for the Little League team out of Hagerstown, Indiana, and, yes, he’s a New York Yankees fan. Vinson snagged a front-row seat and said he’s a big baseball fan who enjoys watching games on TV. But when he wants the latest baseball highlights, well, he checks out TikTok, “especially the Savannah Bananas.”

However, he said there aren’t a lot of friends his age who watch MLB — though teammate Kaden Hall loves the Cincinnati Reds — and found there are more electronic national pastimes for kids his age.

“It’s all the types of phones and stuff,” Vinson said. “It’s all Xbox and PlayStation and all that.”

That’s one reason MLB launched a game like this one — to try and steady the decline of baseball viewership among today’s kids.

At Williamsport, they watched, and Mateo stole the show.

“He’s been so good lately and it’s fun to watch him play,” Hyde said.