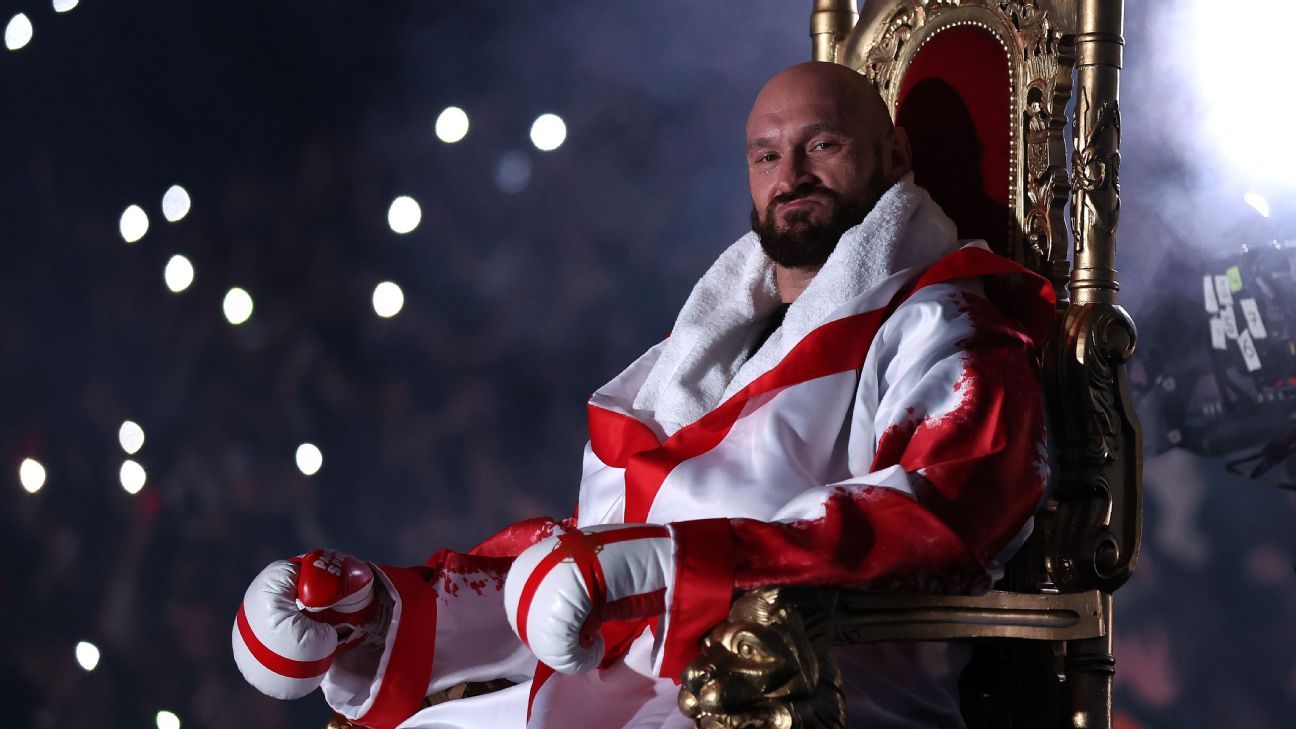 Tyson Fury is interested in a heavyweight unification bout against Oleksandr Usyk, his promoter Frank Warren said on Monday, despite the British fighter repeatedly saying he is retired from professional boxing.

Usyk retained his WBA, WBO and IBF heavyweight titles with a split-decision win over Anthony Joshua on Saturday, before calling out WBC heavyweight champion Fury in a post-fight interview.

Fury has given mixed messages since publicly retiring from boxing after he knocked out Dillian Whyte in April. Last week, Fury reaffirmed his retirement by vacating his Ring heavyweight belt, but the 34-year-old signalled on Saturday that he would be willing to face Usyk and said in a video posted to Instagram: “Get your f—ing checkbook out because ‘The Gypsy King’ is here to stay forever!”

“He and Usyk would be a really good fight,” Warren told the BBC on Monday. “It’s a fight that I think will be made because both teams would like to see that happen.

“Usyk said after the fight that it’s the only fight he’s interested in, and it’s certainly the same case with Tyson. It’s just a matter of where it will generate the most income because it’s a unique fight, a historic fight.

“It’s the first time for God knows how long that the four belts are on the line. Both fighters are undefeated. The whole world of boxing will be captivated by this fight.”

Warren added that an all-British showdown between Fury and Joshua could take place in the future, but said Joshua would need to return to winning ways to make it happen.

“If AJ manages to get a couple of wins under his belt — and I believe Tyson will beat Usyk — that may be a fight to be made,” Warren said.

“But AJ’s got to re-establish himself before you can even think about fights like that.”

Sens goalie Talbot (upper body) to miss 5-7 weeks
2022 MLB playoffs: Schedules, postseason bracket, analysis and updates
‘We’ve gotta do something with it:’ Pens’ veterans back and hungry for another Cup
Djokovic opens Astana with ‘a great performance’
How the Kraken kept their new mascot Buoy a secret