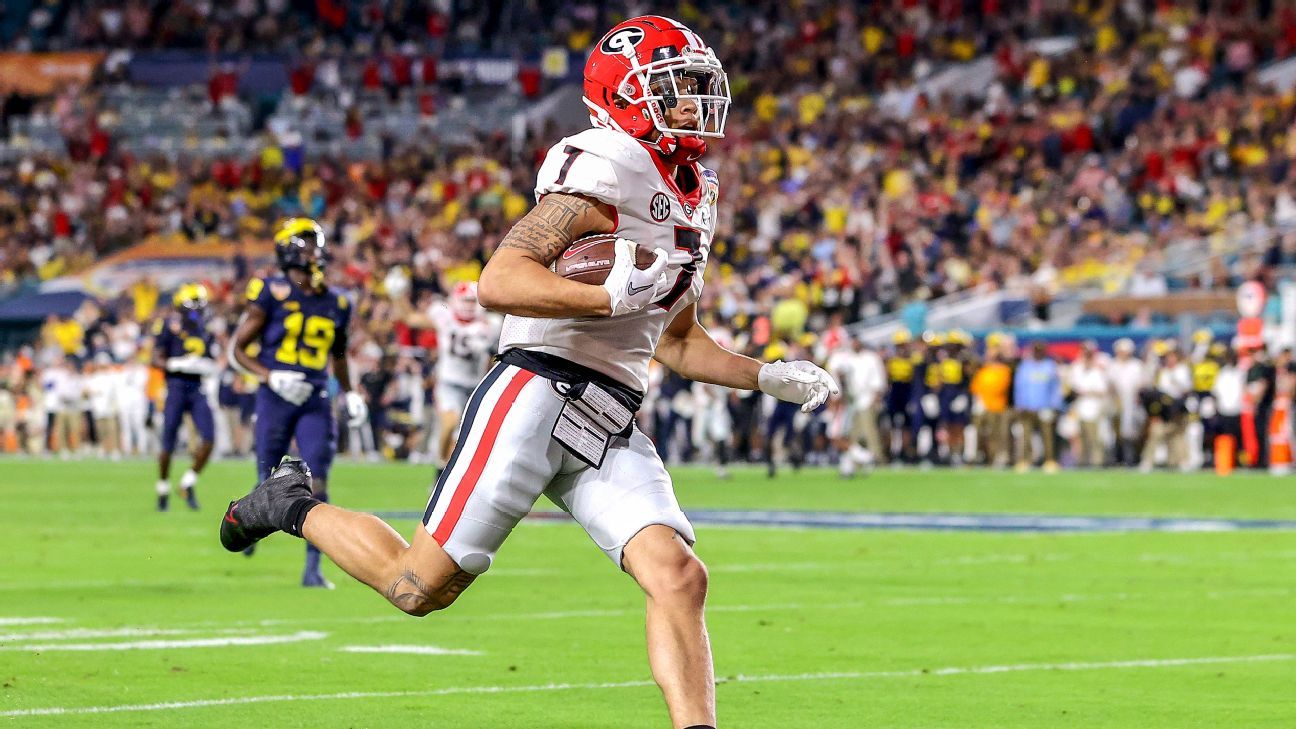 Former Georgia wide receiver Jermaine Burton announced on Sunday that he will transfer to Alabama.

Burton was the No. 99 recruit in the 2020 class out of Calabasas High School in California, and chose Georgia over offers from LSU, Alabama, Arizona State, Oregon and others.

He is one of eight players to transfer out of Georgia in January, along with quarterback JT Daniels, who also entered the transfer portal on Wednesday but has yet to decide on a destination. Cornerback Ameer Speed is transferring to Michigan State, corner Jalen Kimber is headed to Florida, Lovasea Carroll transferred to South Carolina, Latavious Brini to Arkansas, receiver Justin Robinson to Mississippi State and Jaylen Johnson to East Carolina.

Despite losing Burton and running back James Cook, who declared for the NFL draft, the Georgia staff will return four of the top six players in receiving yards, including freshman tight end Brock Bowers, who led the team with 882 yards and 13 touchdowns.