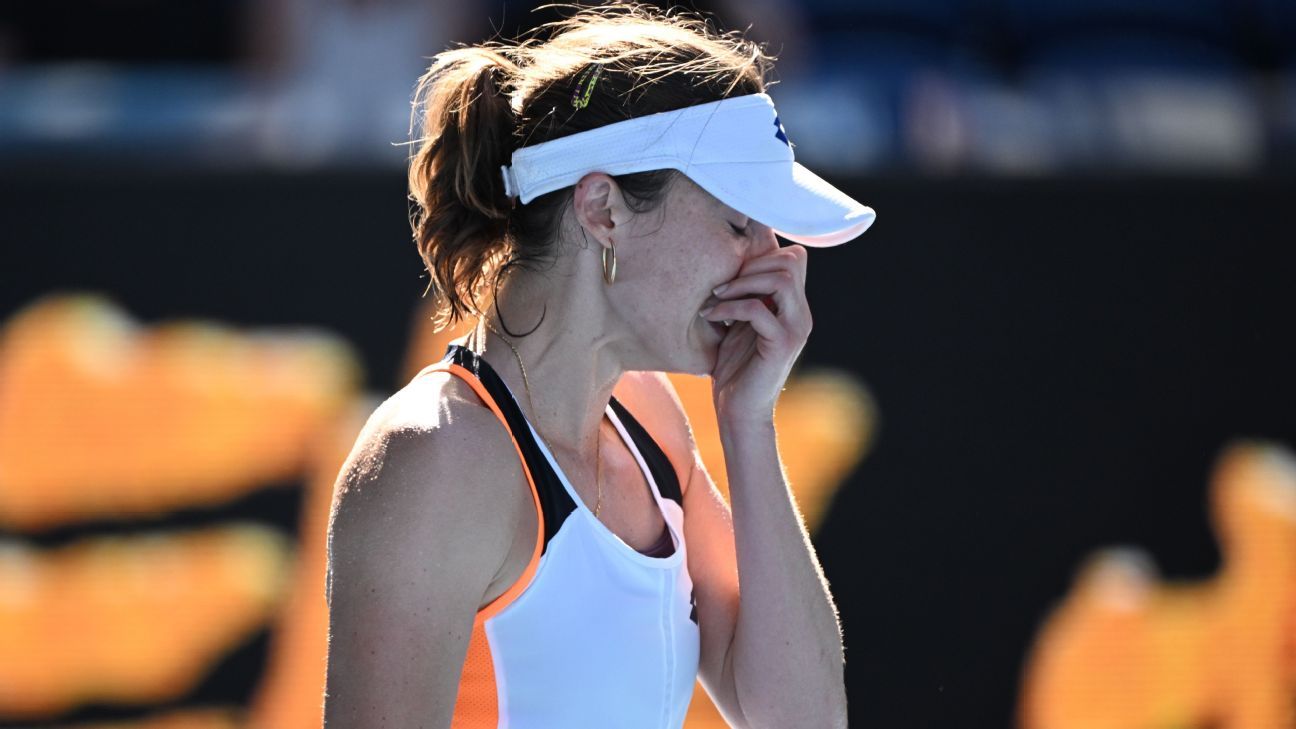 Competing in her 63rd major main draw appearance, Alize Cornet finally advanced to the first quarterfinals of her career with a 6-4, 3-6, victory over former world No. 1 Simona Halep on Monday at the Australian Open.

Cornet’s streak marks the most majors played before reaching a quarterfinal in the history of the Open Era. The previous record had been set at 54 by fellow French player Fabrice Santoro.

Playing in the scorching afternoon heat on Rod Laver Arena — temperatures were well into the 90s — both players struggled at times in the brutal conditions during their two-hour, 33-minute clash. When it was over, Cornet fell to her knees on the court and covered her eyes with her hands. She apologized for being so emotional during her on-court interview with former player Jelena Dokic.

“It’s never too late to try again,” Cornet said to Dokic about her perseverance in finally achieving the career milestone, as the crowd roared in ovation.

This on-court interview between @alizecornet and Jelena Dokic is everything. #AusOpen · #AO2022 pic.twitter.com/F3nN0XSHNX

“After 30 minutes of playing, my brain was already overloaded and my vision was not clear anymore and my hands were shaking, I was, ‘Oh my god, how am I going to do after 30 minutes?’ But I thought on the other side of the court she was not feeling much better than me and, of course, my box helped me so much … and even you guys, I know you enjoyed the battle today. That’s why we play tennis, that’s why I keep playing tennis. It’s for this moment where I can share all these emotions on the court with you, and while the journey goes on, I still can’t believe it.”

Cornet, 32, made her major main draw debut at the French Open in 2005 and has played in every Grand Slam tournament since the start of the 2007 season. This marks her 17th Australian Open.

She had previously reached the fourth round in all four majors, including most recently at the US Open in 2020. She will next take on American Danielle Collins on Wednesday with a spot in the semifinals on the line.