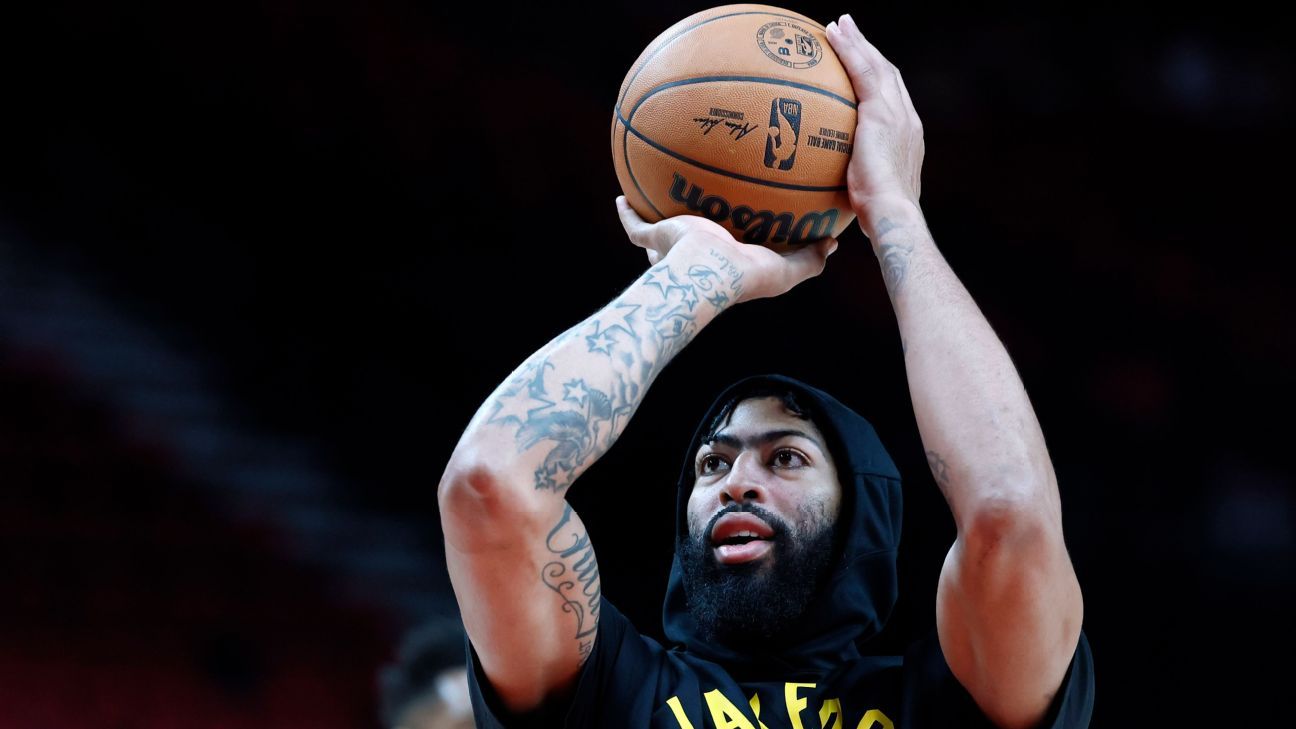 MIAMI — Anthony Davis, out for the past five weeks with a sprained MCL in his left knee, has been upgraded to questionable for the Los Angeles Lakers‘ game against the Heat on Sunday and is considered a game-time decision, according to the team.

Davis missed the past 16 games since the Minnesota Timberwolves‘ Jaden McDaniels collided with the Lakers All-Star’s knee. L.A. went 7-9 without him.

“Whenever AD is ready, we’re going to love that, that’s for sure,” LeBron James said of Davis on Friday. “I mean he’s one of our biggest guns that we have, and having him on the floor, it just creates so much for us offensively and defensively, able to do so much more. But his health is what’s most important, and once we know that he’s healthy, he knows that he’s healthy, we get him back on the floor and then we start getting his wind and his rhythm.”

Davis has used the rehabilitation to work on not only his knee but his shot mechanics as well, sources told ESPN.

Davis had been eyeing the Lakers’ six-game road trip to return, as ESPN reported last week, and his presence could certainly help his team that has absorbed reports about Frank Vogel’s job security and Russell Westbrook‘s role in his absence.

If Davis makes his return against Miami, it could evoke warm memories for the Lakers big man. Davis averaged 25 points and 12.8 rebounds in the 2020 NBA Finals, downing the Heat in six games en route to his first championship.