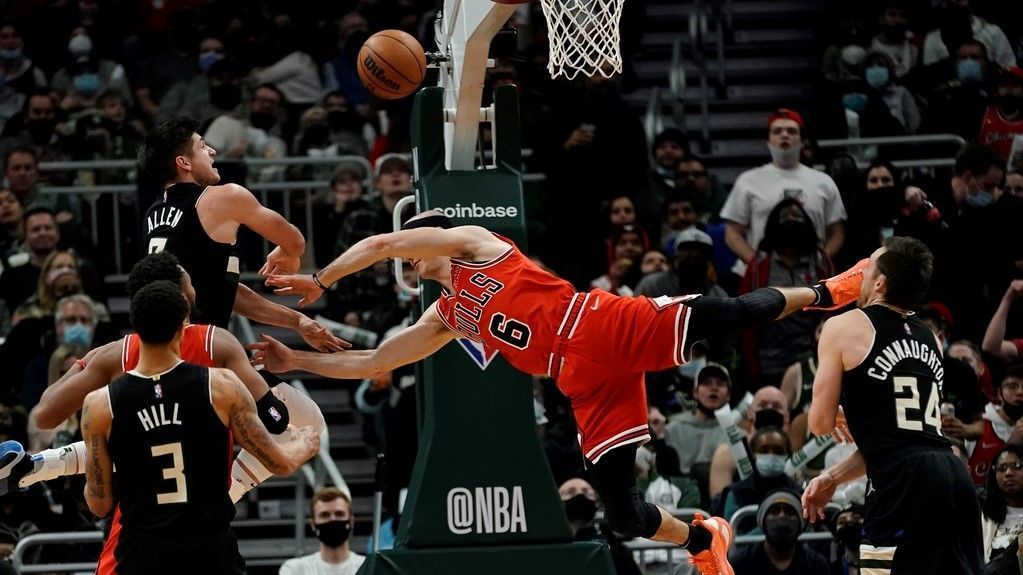 Caruso suffered the injury during the Bulls loss to the Bucks on Friday night in Milwaukee. Caruso was fouled hard by the Bucks’ Grayson Allen, who was assessed a flagrant 2 foul and ejected from the game.

Caruso will miss six to eight weeks, the team announced

Caruso went up for a layup on a fast break with 5:45 remaining in the third quarter, but Allen hooked Caruso’s right arm, turning Caruso in the air and sending him hard to the floor on his right wrist. Caruso said his wrist was “a little banged up” after the game, but X-rays came back negative.

“Dude just grabbed me out of the air,” Caruso said after Friday’s game. “It’s kind of bulls—. I don’t know what else you can do about it. I’m just glad that I didn’t have any major scary injuries right away.”

Caruso added that Allen did not come to check on him following the play.

The foul particularly irked Bulls coach Billy Donovan, who is normally mild-mannered and rarely singles out players. But following Friday’s game, Donovan called Allen’s actions dangerous and cited his history playing college basketball at Duke as he called on the NBA to consider further discipline toward Allen.

“For Alex to be in the air and for [Allen] to take him down like that, he could’ve ended his career,” Donovan said. “He has a history of this. That to me was really — it was really dangerous. I hope the league takes a hard look at something like that because that could have really, really seriously hurt him.”

Caruso becomes the latest Bulls player sidelined by injuries in recent weeks. Zach LaVine is until at least early next week with a left knee injury. Lonzo Ball is scheduled to undergo knee surgery next week that will sideline him for 6-to-8 weeks. Javonte Green (groin) and Derrick Jones Jr. (knee) are still recovering from their respective injuries.

Let’s play out the offseason QB market: We made offers and chose landing spots for Brady, Young, Carr
Djokovic back at No. 1 on ATP after Aussie Open
NHL continues diversity efforts during AS events
McGregor offers to sponsor Taylor’s Ireland homecoming fight
Menacing charge for Bengals RB Mixon dismissed