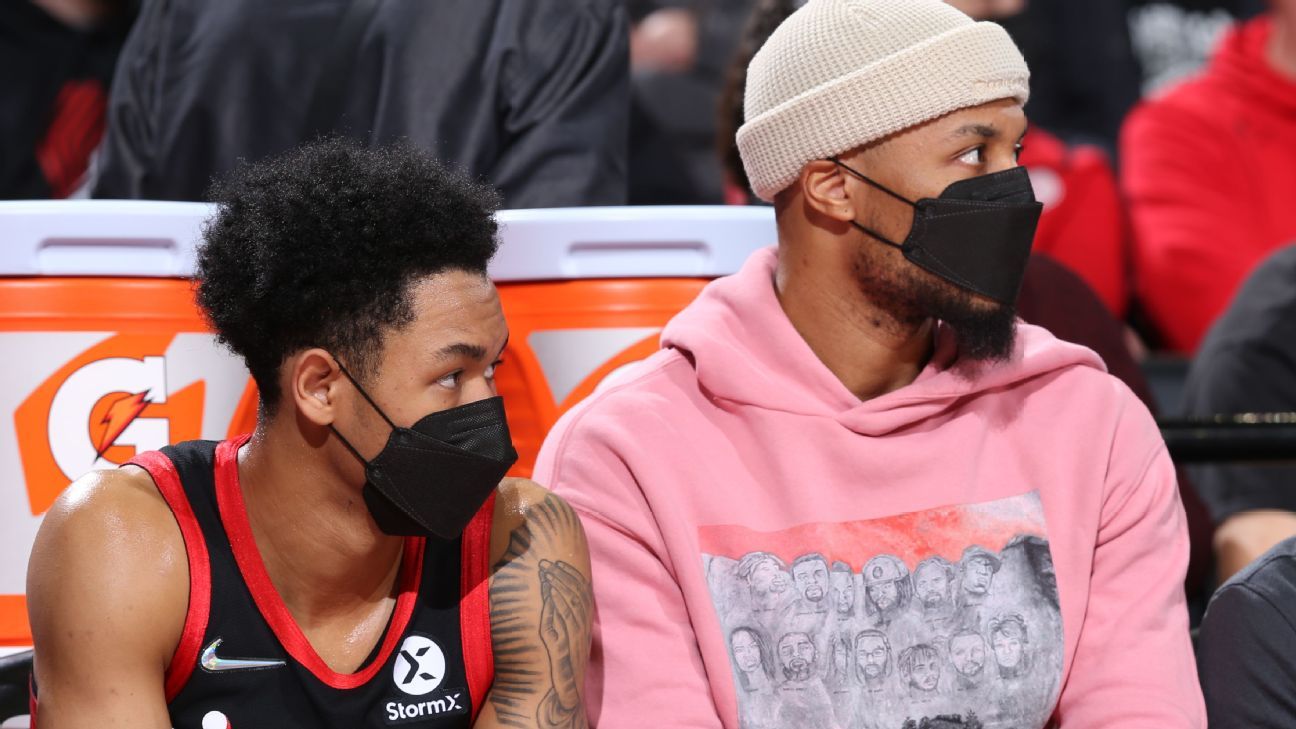 During the Tokyo Olympics last summer, when Damian Lillard‘s abdominal injury flared up, Jrue Holiday suggested it was time for surgery.

Lillard finally took his fellow Olympian’s advice and had the procedure Jan. 13. The Portland Trail Blazers‘ star point guard spoke to reporters Saturday for the first time since the injury sidelined him on Jan. 3.

Holiday, who plays for the Milwaukee Bucks, had similar core surgery during the 2018-19 NBA season when he was with New Orleans. He and Lillard were teammates in Japan last summer on the gold-medal-winning U.S. team.

“He was the first person that pretty much confirmed that I needed to have surgery, because I sat out of practice one day and I was like, ‘I can’t move,’ and I was kind of just holding it. And he just started describing every single symptom,” Lillard said. “And he was like, ‘I had it.'”

Lillard, a six-time All-Star, averaged 24 points and 7.3 assists in 29 games this season for the Blazers. It was clear from the start that the injury — lower abdominal tendinopathy — was bothersome.

“It was just one of those things where I’ve always had control over how I moved and everything, and it had reached a point where my body couldn’t do what my mind wanted it to do and go places that I wanted it to go,” he said. “At some point you’ve got to play chess; you’ve got to make decisions that suit you for the long haul and not just right now.”

While the injury flared up in Tokyo, Lillard said he first felt the abdominal pain in 2015, and it had been gradually getting worse ever since.

The Blazers have struggled without Lillard, the undisputed leader of the team. Playing under first-year coach Chauncey Billups, Portland is 19-26 and in 10th place in the Western Conference.

Anfernee Simons has taken over as Portland’s point guard and has averaged 15.1 points per game. Portland was also playing for an extended period without Lillard’s backcourt teammate CJ McCollum, who had a collapsed right lung before becoming a father for the first time.

McCollum recently returned and had 24 points in Portland’s 109-105 victory at the Boston Celtics on Friday night.

There was no timeline for Lillard’s return, but he’s already been doing yoga. The team previously said he would be reevaluated in six weeks.

“I’m just a week from surgery. We said we’ll reevaluate my situation weeks out, six to eight weeks, and we’ll talk about it then. But I’m not in a rush,” he said. “My No. 1 goal is to win a championship. I’ve got to be in the best form of myself to make that happen and to be a part of that. So I’m not in a rush. We’ll talk about whatever that timeline is when we get to that point.”

The Trail Blazers, as play began on Saturday night, occupied the 10th spot in the Western Conference race. They were two games ahead of the Sacramento Kings.

Lillard was asked if he’d play if the Blazers decided to forgo a playoff push and play for a draft pick.

Navarrete wins back-and-forth slugfest vs. Wilson
Sanders on Colorado’s class: Hope ‘in the house’
Wales’ Jones cleared to play vs. Scotland in 6N
Man City charged for FFP breaches over 9 years
Formula 1: Ford to return after 22 years out of sport