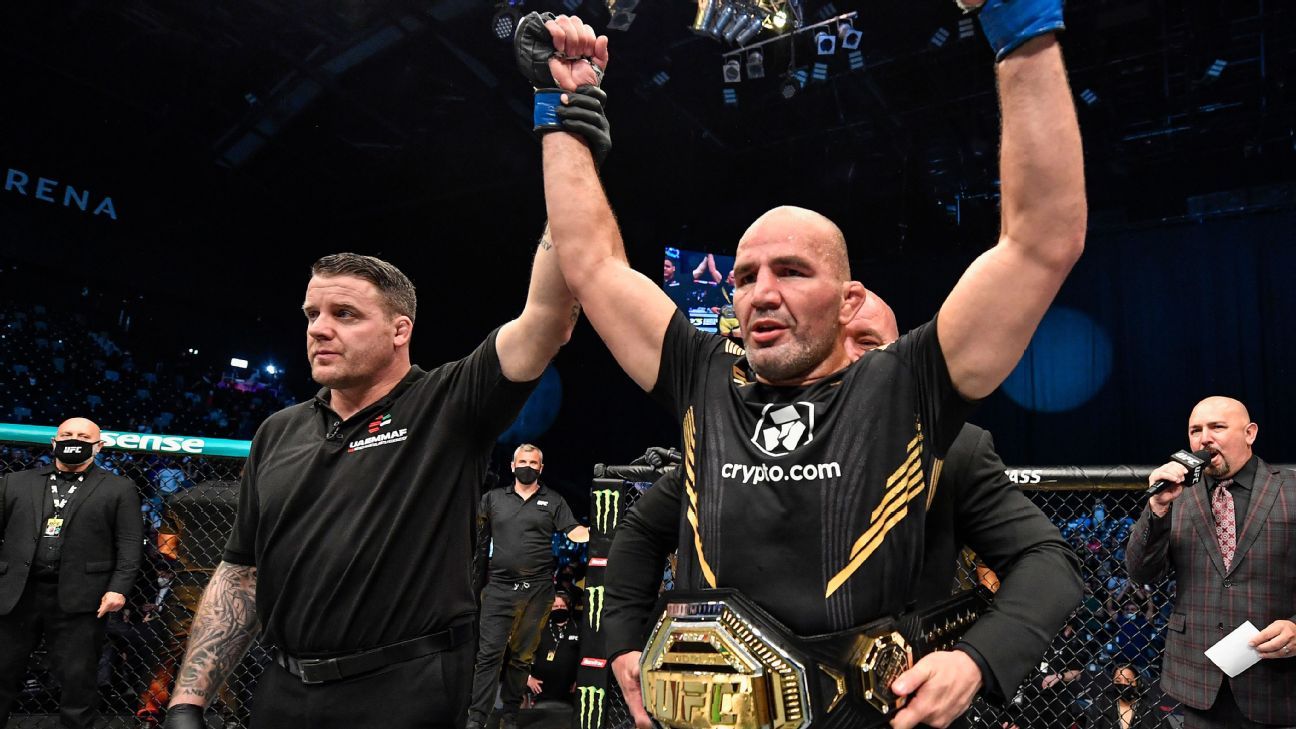 UFC light heavyweight champion Glover Teixeira will defend his title against Jiri Prochazka on May 7, multiple sources have told ESPN.

Both Teixeira and Prochazka have committed to the date and opponent. The 205-pound title fight will take place on a UFC 274 pay-per-view event. The UFC has not announced an official venue for the event.

Teixeira (33-7) capped off an improbable run to the UFC title in October, when he submitted Jan Blachowicz at UFC 267 to capture a belt at age 42. The victory came more than seven years after Teixeira came up short in his first title bid against Jon Jones in 2014.

Originally from Brazil, now fighting out of Connecticut, Teixeira has won six in a row, including finishes of Blachowicz, Thiago Santos and Anthony Smith.

Prochazka (28-3-1) has been a dark horse in the 205-pound division ever since signing with the UFC in 2020. He’s only fought twice inside the Octagon, but he’s been supremely impressive in finishes of Volkan Oezdemir and Dominick Reyes.

No discipline for Zverev after abuse investigation
Panthers choose Reich over Wilks to be new HC
Late Mitoma goal sends Liverpool out of FA Cup
Man United’s Eriksen ruled out for three months
UGA: SUV in deadly crash wasn’t for personal use