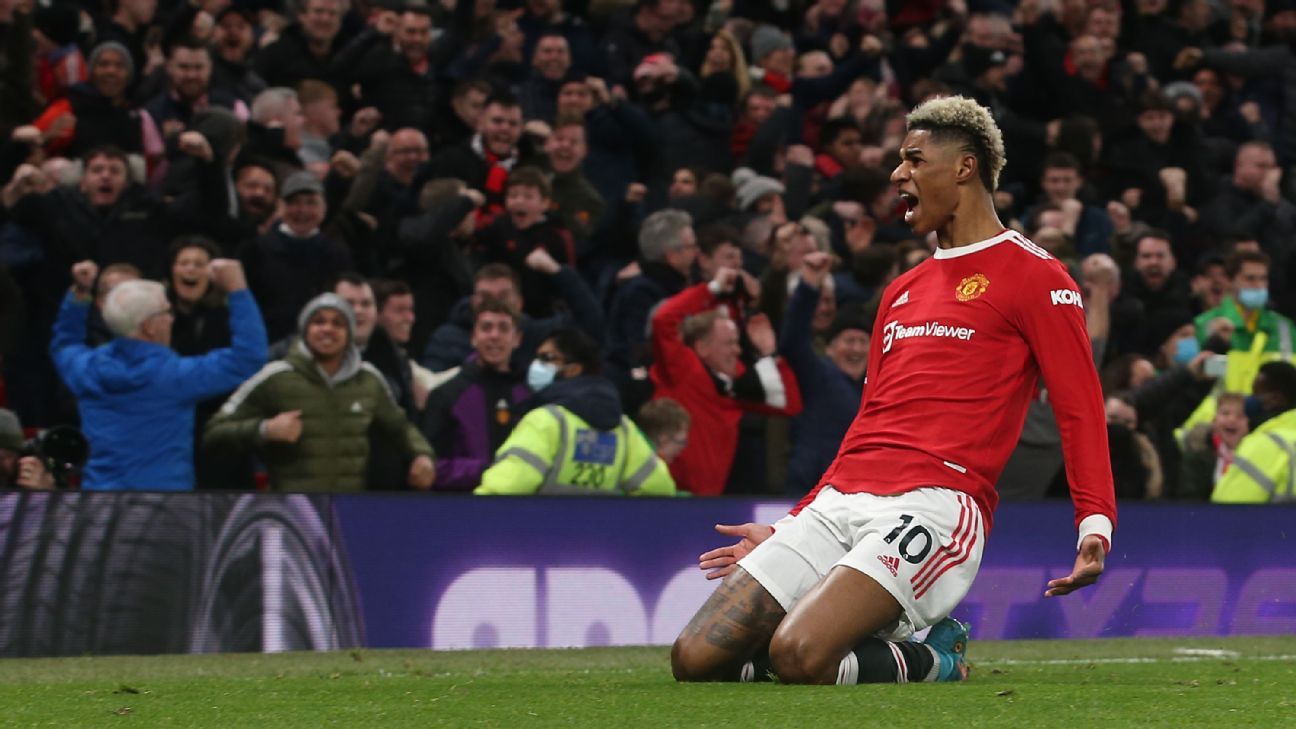 Ralf Rangnick has branded Manchester United‘s dramatic win over West Ham as “massive” in the race for the top four.

Marcus Rashford came off the bench to score with the last kick of the game in the 93rd minute at Old Trafford and move United into fourth ahead of David Moyes’ side.

“The atmosphere [in the dressing room] is amazing,” said Rangnick. “Quite rightly the boys were celebrating. They know what a massive win this was.

“The red army’s support during the game was amazing. I can only say thank you to all the fans.

“It’s always good but today was massive and they were also aware of how important this game was. They pushed us through the whole game.”

Rangnick played his own part in the result from the touchline after watching his three substitutes — Rashford, Anthony Martial and Edison Cavani — all have a role in the winner.

It was Martial’s first appearance since deciding against travelling with the squad for the game at Aston Villa a week ago and although there were scattered boos when the Frenchman — who wants to leave the club — came on, Rangnick was pleased with his contribution.

“Since when we last spoke one and a half weeks ago I told him it’s about being professional until the very last day no matter how long he stays or when he leaves, it’s about being professional,” said Rangnick. “It was good to have this conversation with him. In the last two games, he was part of the squad and today and he played a vital role in the goal that we scored.

“He’s a top player, one of the best strikers in the Premier League but we have other players in his position and it is his wish to leave but, as I said to him, it always takes different parts to find an agreement and the way he trained and played when he came on today showed his professionalism I expect from everybody. I am happy he was playing today, that came on and had a vital role in the goal.”

Cyclo-cross World Championships: How a small band of women broke new ground in a new millennium
Why the transfer window should be abolished: chaos for clubs, a playground for agents
How to watch the 2023 Caribbean Series on ESPN Deportes and ESPN+
Breaking down the NBA’s historic surge of 50-point performances this season
Driving for perfection: The thousands of miles that shaped Alycia Baumgardner into a world champion