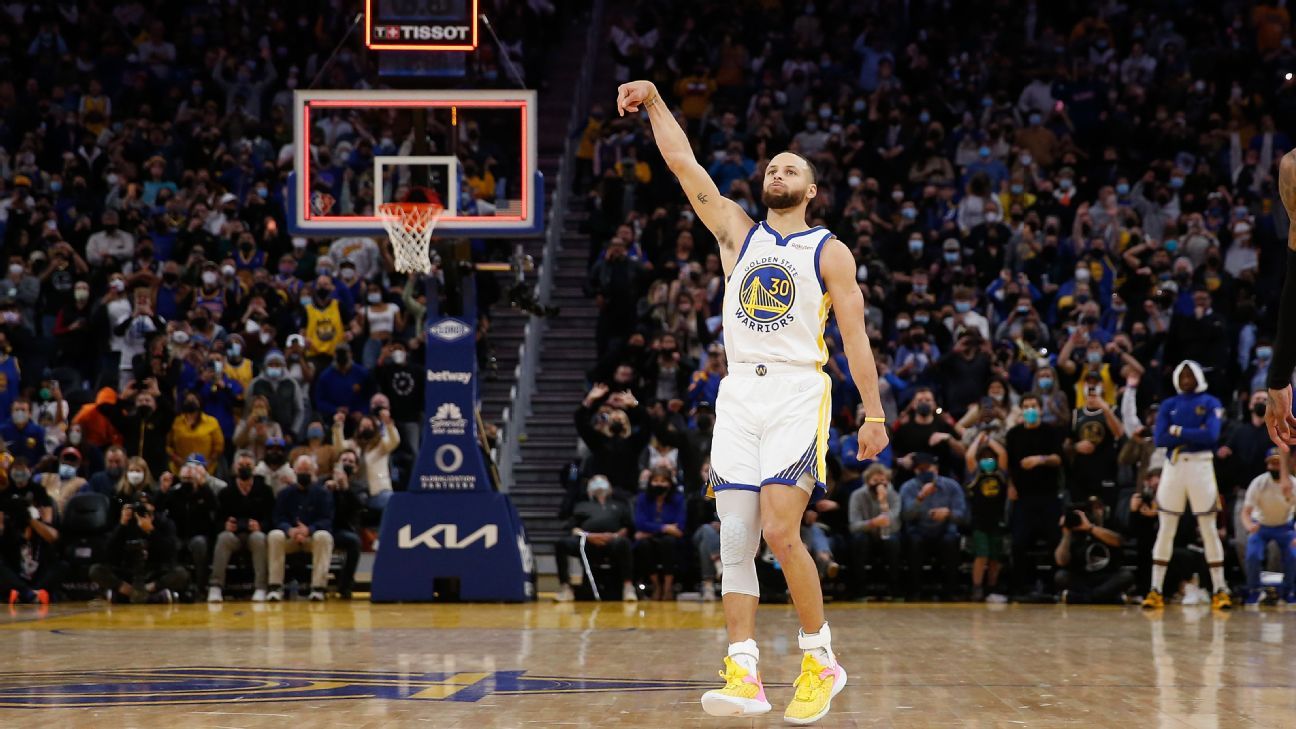 SAN FRANCISCO — As the Golden State Warriors and Houston Rockets sat with a tied score with just over five seconds left Friday night, Steve Kerr had a clear play in mind for their final offensive possession: “Get the ball to Steph and get out of the way.”

They executed it to a tee, as Stephen Curry drained the winning shot from 2 feet inside the 3-point arc as the buzzer went off. It was the first walk-off bucket of Curry’s professional career.

The celebration ensued as Golden State beat Houston 105-103. Multiple people within the Warriors organization called the moment a release of emotions that had built up over the past 24 hours following a disappointing loss to the shorthanded Indiana Pacers.

But despite the glorious moment, the team wasn’t ignorant to the fact that it still has a lot of work to do — Curry included. Despite his heroics, he said he knows he has a long way to go individually.

Curry started the night 0-for-11 from the field before hitting a 3-point shot with just under two minutes left in the first half. He finished the night with 22 points on 6-of-21 shooting, including 4-of-13 from 3-point range.

His performance Friday night was an extension of the worst shooting slump in his career.

Curry said he pays attention to these numbers. He follows his shooting trends and knows exactly where his numbers are dipping.

“It’s the standard I hold myself to,” Curry said. “I know I can do it and sustain it. That’s the challenge, I guess, is to be aware of it, continue to be aggressive. Understand there is a lot of season left and it’s about peaking at the right time. But I do obsess over that stuff because it’s your craft.”

Curry said he doesn’t have a clear explanation as to why he is shooting poorly. There is a belief that the catalyst for his slump dates back to early December, when Curry was chasing Ray Allen’s all-time 3-point record. But that’s not all there is to it, according to Curry. What exactly it is, though, is more elusive than anything else.

But that won’t keep him from chucking them up.

“That’s the deepest level of confidence that a player can have,” Kerr said. “Turning 0-for-10 or whatever into a night where he hits the game-winning shot … he lives by the motto ‘the next one is going in.’ He genuinely believes it.”

Said Curry: “There’s a reason I joked about it before, but the reason I can go 0-for-11 for one game and come back the next game and have a breakout kind of performance is because the work will show eventually.