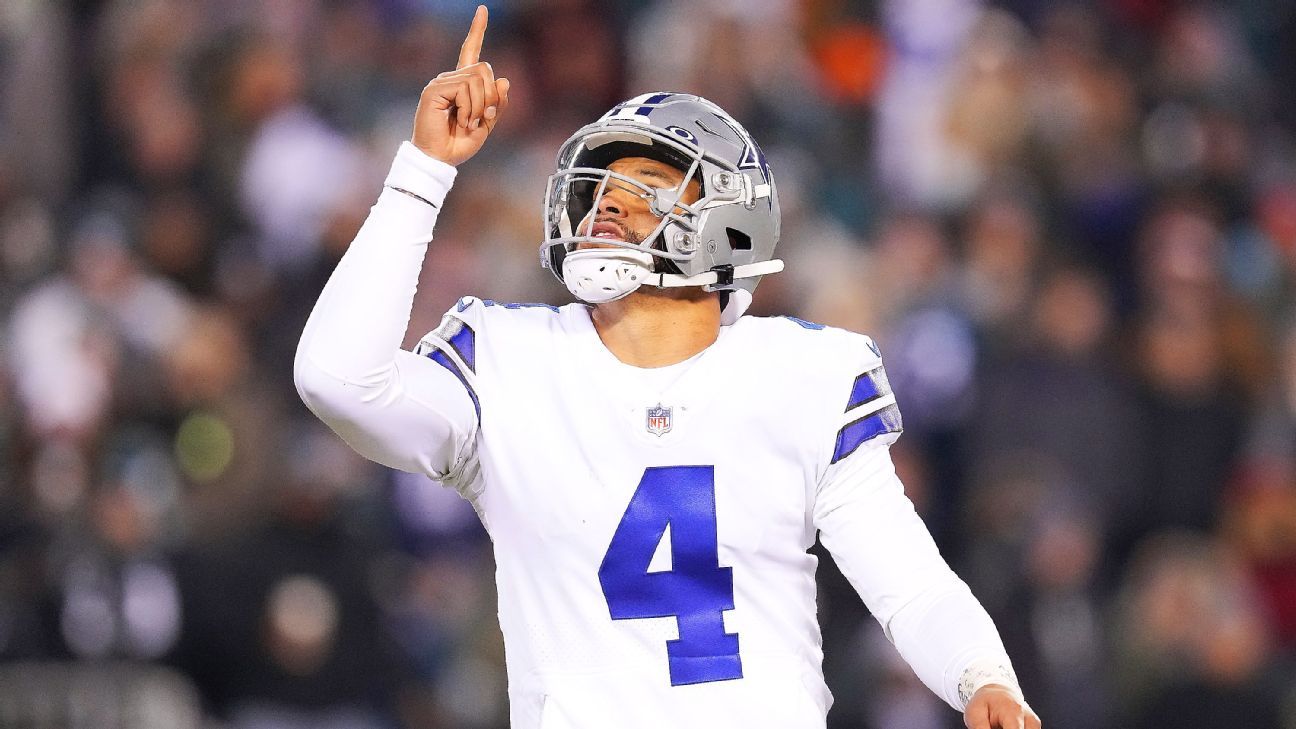 Dallas Cowboys quarterback Dak Prescott has been fined $25,000 by the league for his postgame comments related to the game officials following Sunday’s loss to the San Francisco 49ers, a source told ESPN on Thursday.

A postgame question to Prescott on Sunday initially indicated the fans were throwing things at his teammates in anger as they walked off the field following the wild-card game, which he called, “sad.” However, when he was told the objects were directed at the officials, he said, “Credit to them then. Credit to them.”

He was given a chance to walk the comments back at the end of his news conference and didn’t.

On Tuesday, he tweeted three times to his 1.4 million followers to apologize, writing:

“I deeply regret the comments I made regarding the officials after the game on Sunday. I was caught up in the emotion of a disappointing loss and my words were uncalled for and unfair.

“I hold the NFL Officials in the highest regard and have always respected their professionalism and the difficulty of their jobs. The safety of everyone who attends a game or participates on the field of a sporting event is a very serious matter.

“That was a mistake on my behalf, and I am sorry.”

Prescott, who is a finalist for the NFL’s Walter Payton Man of the Year award, took criticism for his comments from media and the National Basketball Referees Association, which encouraged the NFL to take action “to discourage this deplorable behavior in the future.”

Djokovic back at No. 1 on ATP after Aussie Open
Amid chaos and uncertainty, U.S. takes the long view
“Historical Female Figure” Virat Kohli Would Like To Take Out For Dinner? Superstar Answers
Kraken defeat Canucks, surpass ’21-22 win total
Mazzulla, Celts staff to coach Giannis-led All-Stars