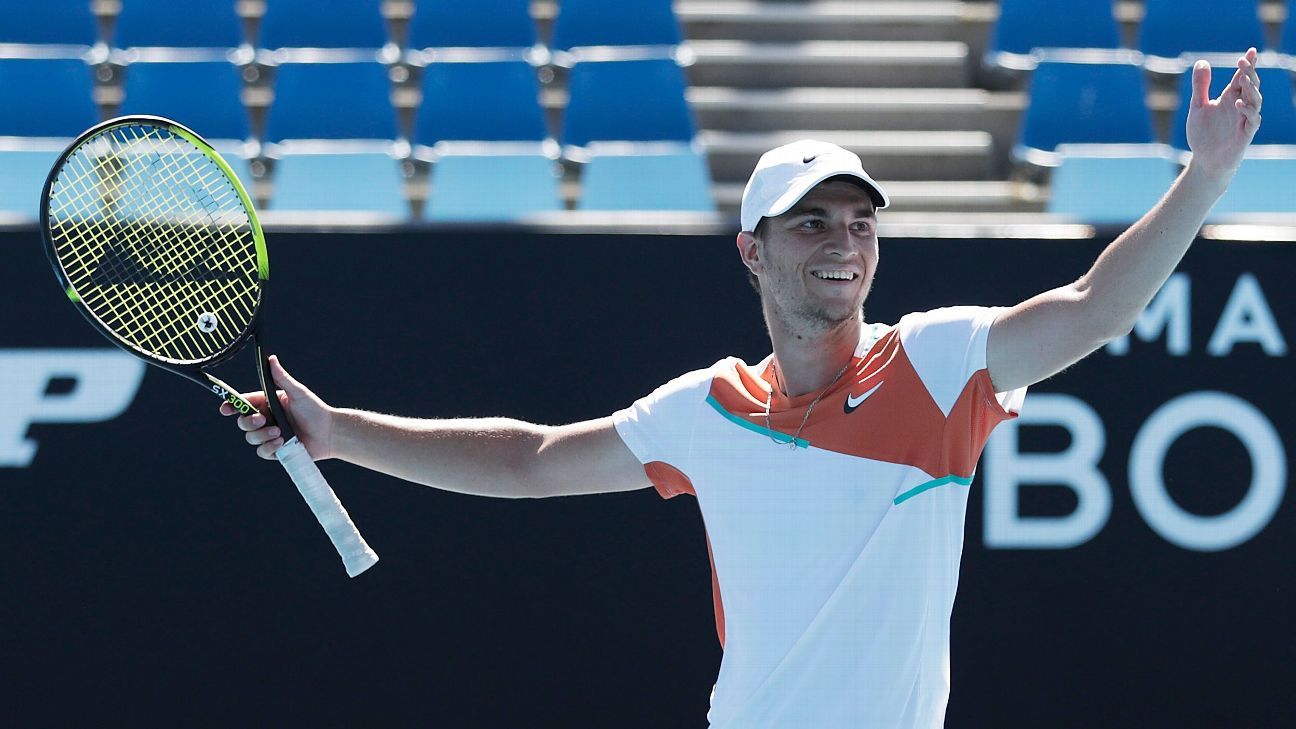 MELBOURNE, Australia — World No. 77 Miomir Kecmanovic is in line to receive the biggest payday of his career, and he has compatriot and world No. 1 Novak Djokovic in part to thank.

When the Australian Open draw was first released, Kecmanovic was scheduled to play Djokovic in the first round. But on the eve of the tournament starting, the 20-time Grand Slam winner’s visa was canceled and he was deported, and suddenly, instead of playing Djokovic — who has almost unbeatable in Melbourne — the 22-year-old was scheduled to face a so-called lucky loser.

Kecmanovic defeated that lucky loser, Salvatore Caruso, on Day 1, and then American Tommy Paul in the second round — already this was the young Serb’s best result at a Slam.

And Thursday, Kecmanovic continued his dream run in defeating 25th-seeded Italian Lorenzo Sonego, which has extended his stay in Melbourne until at least the fourth round — a berth that will net him at least $237,000.

“A week ago I was supposed to play the world No. 1 and didn’t have much of a chance there,” Kecmanovic said. “But now I’m in the last 16, so I’m happy that I was able to use this chance and that I’ve been playing some really good tennis.”

Had Djokovic been allowed to stay in Australia, the world No. 1 would likely have beaten his compatriot, and instead of pocketing nearly a quarter-of-a-million dollars, Kecmanovic would have walked away from Melbourne with just $74,000.

“I didn’t have much pressure just because I felt that I got a second chance,” Kecmanovic said. “So I just wanted to use it the best that I can.