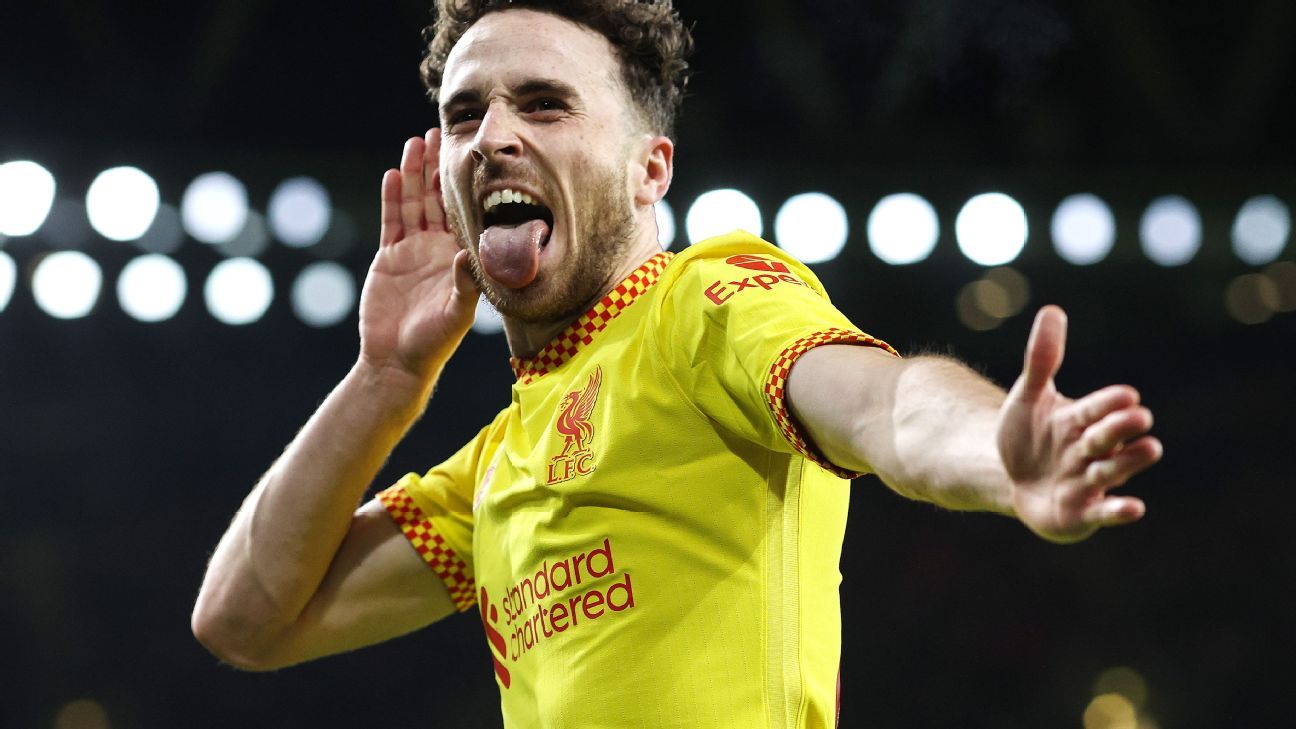 LONDON — Befitting of a competition in which success is often defined by it, squad depth mattered most in the end. The debate over postponements and player availability overshadowed the preamble to both legs of this Carabao Cup semifinal, but ultimately, Liverpool’s superior array of options in attack proved the difference in their 2-0 semifinal, second-leg win to set up a final date with Chelsea on Feb. 27.

Gripes will continue over the rearrangement of the first leg as well as the two sides’ troubled preparation, which saw Thomas Partey named on the Arsenal bench despite his flight landing back in London from his Africa Cup of Nations engagement with Ghana eight hours earlier. Yet this was still a strong Gunners’ side, one that was virtually at full strength, on paper at least — Arteta claimed five of the starting XI had not taken part in training as they recovered fitness – and boasting a forward line that’s the best they have, in contrast to Liverpool missing both Mohamed Salah and Sadio Mane due to their continued participation at the African Cup of Nations.

It was, however, an “understudy” who stole the show. Diogo Jota scored once in each half, firstly to swing the momentum in Liverpool’s favour after Arsenal’s fast start, and later to book Liverpool’s first appearance in the final since 2016 with a superb finish, the Portugal International lifting the ball over Aaron Ramsdale for a goal initially flagged offside, but overturned on VAR review.

Jota’s 19th-minute opener was scuffed past a wrongfooted Ramsdale, but nevertheless just reward for his endeavour and directness at the end of a fine Liverpool move. His second was expertly taken, displaying the clinical touch Arsenal lacked all night.

Liverpool gradually asserted control in midfield while Trent Alexander-Arnold and Andy Robertson grew into the game, wreaking havoc from the flanks, but after a first leg in which Jurgen Klopp’s side looked blunted by the absence of Salah and Mane, Jota answered the call.

“Mentality makes up, but quality is why we signed him because of the way he played at Wolves,” said Klopp. “The yards he had to make there, the runs he had to make, the defending he had to do but was still always able to produce some really exciting stuff and that was the reason that we signed him.

“That he can show that now in our kit is really nice to see. He didn’t only step up tonight. Yes, of course, he scored two goals but he is incredibly important for us and for the mix of his skillset is really exciting. He is in good shape as well. Long may it continue.”

It is, of course, far from the first time he has done so. Signed for £41 million in Sept. 2020, Jota proved himself a highly useful addition to Liverpool’s famed front three, netting his 13th and 14th goals of the season here to underline his worth. There is a school of thought that Jota could even replace Roberto Firmino for the biggest games when everyone is fit, such has been the Portuguese’s progress during his two years at Anfield.

That situation is sharply contrasted by the state of flux in Arsenal’s forward line.

Alexandre Lacazette pressed the ball well early on and hit the crossbar with a floated free-kick inside the first five minutes, but he ended the first half with more fouls (four) than completed passes (three). The Frenchman then wasted a superb chance to equalise just after the restart and faded in influence further thereafter, replaced by Eddie Nketiah for the final 16 minutes. Yet Gabriel Martinelli was so industrious that Klopp even singled him out for praise afterwards: “Everybody should remember the name, outstanding player.”

Both Lacazette and Nketiah are out of contract at the end of the season. The former has not been offered a new deal, the latter has rejected at least two offers to extend his stay. With Aubameyang likely to either depart or continue his spell in the wilderness, the pressure on Arsenal to add reinforcements this month will only grow after Thursday’s defeat.

There is some uncertainty about the veracity of reports Arsenal are closing in on Dusan Vlahovic, but there is no doubt they are in the market for a forward and the Fiorentina striker is a player under consideration. This was a night to sharpen minds in that pursuit.

The same is true in midfield as Arsenal pursue a deal for Juventus’ Arthur Melo. It appeared Partey was returning to ease concerns in this part of the pitch, but the wisdom of his 14-minute cameo despite playing for Ghana in a different continent on Tuesday has to be questioned. He didn’t managed to finish the game not because of fatigue, but for two yellow cards, the second of which after a tackle on Fabinho so late he was perhaps jet lagged.

The game was already lost by that stage anyway, the damage already done. In the end, Arsenal missed out on a cup final by lacking a clinical centre-forward in Jota’s mould. Missing out on a top four spot from their present position for the same reason would be a much bigger problem.