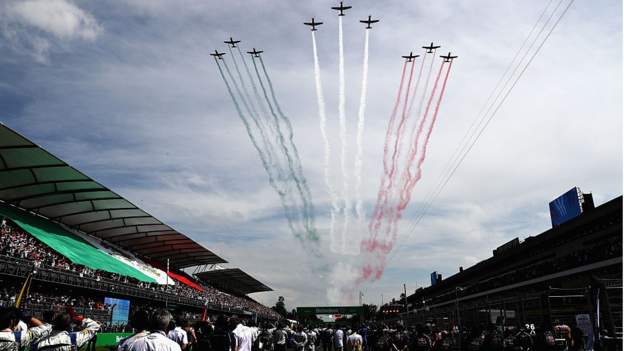 Fly-bys and other demonstrations by military aircraft have become commonplace as part of events building up to the start of races.

There is also a concern the displays can be used to make geo-political statements with which F1 does not want to be associated.

However, it is likely groups such as the RAF’s Red Arrows will be permitted as they are less obviously linked to the military.

And fly-bys involving civilian aeroplanes – such as happen at some of the Middle Eastern races that are sponsored by airlines – will still be permitted as long as the planes are using sustainable fuels.

F1 is planning to introduce fully sustainable fuels alongside its new engine formula in 2026.