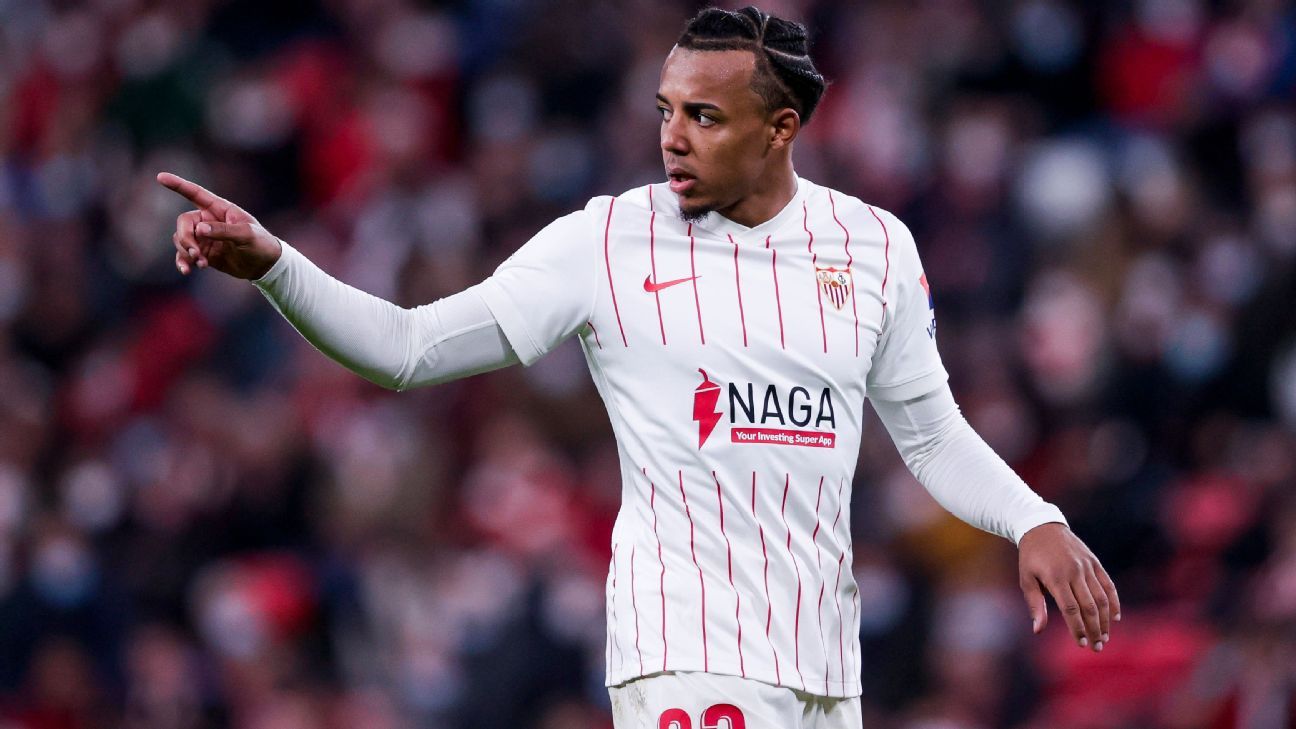 The January transfer window is open and though clubs are still finding things tough amid COVID-19 restrictions, financial issues and match postponements, there has been movement already.

The futures of some of the big-name players out of contract in summer 2022 — like Kylian Mbappe, Paul Pogba and Paulo Dybala — look unlikely to be resolved this month, but clubs’ forward planning could have a knock-on effect as they battle to get in ahead of their rivals.

With the caveat that transfer spending is usually low in January and that in this window above all it seems clubs will need to get creative to boost their squads, which one player should the best teams in Europe be looking to land if they can?

All transfer values taken from Transfermarkt.

Initially recognised for his mobility and timing of his runs in behind the defence, the Canada international has developed his game since he left Belgian side Gent for Ligue 1 in the summer of 2020. Despite Lille’s slump to 10th place in the table after surprisingly becoming champions last season, David is enjoying a productive campaign with 16 goals in 28 games. His sharp movement in and around the penalty area and excellent finishing skills with either foot have caught the eye, while David is also becoming more active in the buildup phase, which would surely suit Arsenal. The club may need a forward quickly as the futures of Pierre-Emerick Aubameyang, Alexandre Lacazette and Eddie Nketiah are uncertain.

The signing of winger Ferran Torres for €55 million from Manchester City is already more than you would expect from a club that only a few months ago looked on the verge of financial collapse. Now having refinanced some of their €1.4 billion debt and trimmed the wage bill, the Catalans are evidently once again becoming active in the transfer market. Alvarez, the latest Argentine attacking sensation, is a prolific striker who backs up relentless movement across the front — almost like a supporting/second striker — with sharp, quickly executed, one-touch finishing. In certain aspects, Alvarez, who is keen on a move to Europe, resembles former Barcelona and Argentina striker Javier Saviola. And he has a reported €17.6m ($20m) release clause.

Though the perennial Bundesliga champions don’t usually dive into the midseason transfer market, they do have a penchant for signing up-and-coming French stars. With his exceptional flair and natural talent, it’d be an intriguing prospect to see what the 18-year-old winger could produce within Julian Nagelsmann’s free-flowing brand of football. Cherki, who broke through into the Lyon first team with some mesmerising performances last season, has seen much less playing time than expected this campaign, which is certainly a bargaining point for possible suitors. Having stood out for France at U21 level at the end of last year, he could theoretically be a longshot for an inclusion in France’s 2022 World Cup squad if his club career were to properly take off.

Having failed in their previous attempts to sign the mobile centre-back, Chelsea may need to make a move soon with the long-term futures of Antonio Rudiger, Cesar Azpilicueta and Andreas Christensen still in the balance. While there are several exciting young centre-backs on the ascent in Ligue 1 as well as the Bundesliga, the France international comes with a high transfer fee but is a “safe” option given his quality. There are few defenders in European football better at anticipating an opponent’s pass, with his ability to start attacks from the back an impressive feature of his game.

The Germany international’s contract expires at the end of the season and it only seems a question of when, rather than if, he signs for Inter. Having made it clear several weeks ago that he won’t be penning a new deal with Gladbach, Ginter was dropped for the home loss to Bayer Leverkusen at the weekend. Inter may prefer to wait until the summer to avoid paying a transfer fee, but the 27-year-old is a reliable centre-back who is comfortable on the ball and could be worth bringing in during January to strengthen their defence.

Juventus have a number of issues in attack and new blood is becoming a necessity. Federico Chiesa has been ruled out for the season with damaged cruciate ligaments, the inconsistent Federico Bernardeschi is having muscular problems and Dybala has only recently started to show signs of form as difficult talks over a contract extension continue. If that weren’t enough, Juve’s centre-forwards, Alvaro Morata and Moise Kean, are struggling to perform on a weekly basis. A loan move for the unhappy Manchester United forward could certainly help the Bianconeri in a variety of attacking positions — albeit in the short term — and give Martial a chance to kick-start his faltering career.

Whether you play him as a wide midfielder on the left, a second striker, No. 8 in central midfield, or even as a full-back, the 24-year-old will offer pace, energy and excellent off-the-ball movement. Another player who has improved remarkably since joining RB Leipzig, Nkunku now appears ready for a bigger challenge. In addition to having the physical prerequisites to play on Jurgen Klopp’s pressing team, he is also exceptionally skilled at finding the right areas to exploit in the final third and most of his attacking involvements are executed with purpose. He creates plenty of chances and is next to impossible to contain when on form. Liverpool would have a super option to replace Mohamed Salah or Sadio Mane (who are both away at the Africa Cup of Nations this month) if he were in the side.

Strengthening central midfield is one of the many areas that struggling United need to bolster and Tchouameni would certainly be an upgrade on their current options, despite not being the finished article yet. The Monaco midfielder usually has a constant impact on any game and, whether fielded as a holding midfielder or a No. 8, you can rely on him to win challenges in the air and on the ground, as well as picking up second balls to distribute with precision. The 21-year-old France international’s development over the past two years has been impressive and he plays with the authority and presence of someone 10 years older. Potentially a replacement for Paul Pogba?

With the club arguably playing their best football — often without a central striker — since Pep Guardiola took over in 2016, City won’t feel under pressure to sign anyone this month. That said, trends in football change quickly and having a young, technically gifted, expert goal scorer in the build of a traditional No. 9 might be what they need to keep their momentum going. Having rejected several offers to extend his contract with Fiorentina, Vlahovic is expected to move on in one of the next transfer windows. Already followed by Arsenal, and almost every other top club in Europe, the Serbia international will likely wait until the summer but City have the money to beat their rivals to the punch and he would come a lot cheaper than Tottenham’s Harry Kane.

Another world-class player whose contract is coming to an end in 2022, it’s hard to see the Ivory Coast international opting to stay at Milan beyond this summer and Paris Saint-Germain could be a great fit. The French side need a ball-winner to complement their more creative stars in midfield and Kessie is one of the best. At 25, he has room to develop and, while there will be stiff competition to sign him on free transfer in the summer, PSG have the ability to make the first move.

LaLiga’s leaders don’t really have any particular problem areas to resolve this month, but longer term it would probably be worth identifying a world-class right-back to replace Dani Carvajal. Admittedly, Timber is not a specialist in that position, as the 20-year-old plays on the right side of central defence in a back four or three, but he can deputise at full-back if needed. Within a reasonably short time, Timber would be in contention for a centre-back slot too as his development suggests he is going to be a top player.

Spurs are not short of quality up front, with Kane and Son Heung-Min, but behind the two world-class forwards there’s little strength in depth. Still very much a developing player, De Ketelaere — who’s already got four senior caps for Belgium — has made a fine impression in the Champions League and is already among the top performers in the Belgian league. The 20-year-old has impressive technique and the versatility to play in all attacking positions, including centre-forward. At 6-foot-3, he is a creative and fine ball carrier, while he looks destined to be picked up by a top club sooner rather than later.