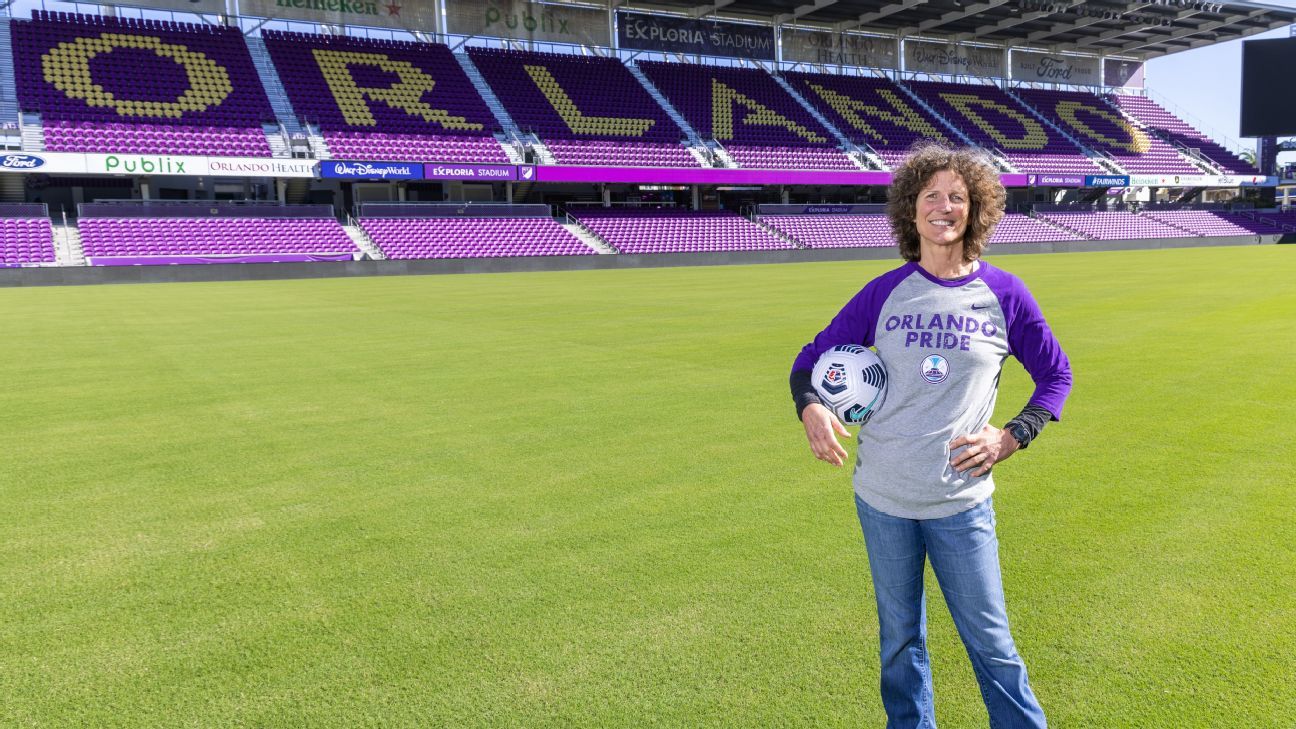 U.S. national team legend Michelle Akers, who won World Cups in 1991 and 1999, has long felt she had something to offer young up-and-coming players. She’s firmly in the conversation for the greatest players in the history of USWNT, and it wasn’t just down to her natural physical prowess and technical skills alone; her relentless work ethic and unwavering mentality become her most influential weapons. She learned, as a player on the USWNT, how to become a winner.

Yet over the years, she’s asked to get involved in U.S. Soccer’s youth programs only to receive a lukewarm reception, and she moved onto a post-career life beyond coaching. Feeling like her expertise wasn’t wanted by many of the people who made the decisions to hire coaches, she focused on a non-profit horse rescue she founded.

Over the past few months, she started preparing for a move from Georgia to Oregon, where she planned to continue her work with horses. Then, one day in early December, Akers got an unexpected call from a former USWNT teammate. It was Amanda Cromwell, who had just left UCLA to take a role as the head coach of the Orlando Pride in the National Women’s Soccer League.

“How about you come coach with me in Orlando?” Cromwell asked. Akers had to think it through, but it didn’t take long to say yes.

“I couldn’t say no. It was too fun, too good to turn down,” Akers told ESPN by phone from Florida on Tuesday. “We cancelled all our plans and came down here.”

Some of Akers’ belongings are still stuck in transit, having already been shipped to Oregon for her now-canceled move, but the initial hassle is worth the assistant coaching job, she said. This is a role Akers has waited a long time for: a role that draws upon her experience as, at one point, arguably the greatest player in the world.

“I love working with players individually or in small groups and helping them develop — on and off the field. I had to do that as a player on my own,” Akers said. “All of the old national team players, we didn’t have a lot of support, we didn’t have a schedule. If you wanted evolve as a player, you had to figure it out on your own. That’s one of the reasons I got so good and continued to develop: I figured out how to train myself.”

Akers will still continue working with the horses she has already rescued in Florida, but her focus will be on her return to soccer with the Orlando Pride. As Cromwell said Wednesday: “Having Michelle get back into the game to coach, develop players and be a mentor is a huge win for soccer.”

In Orlando, the Pride will become the first NWSL team to feature two former USWNT mainstays on their coaching staff. Cromwell has 55 caps for the U.S. and competed in the 1995 World Cup. Akers has 153 caps and sits sixth on the USWNT’s all-time scoring list with 105 goals.

Yet USWNT players becoming coaches in the NWSL has been a rarity over the league’s 10-year existence. Cindy Parlow Cone, now the president of U.S. Soccer, coached the Portland Thorns for one year in their inaugural season. Amy LePeilbet was the Utah Royals’ interim coach in 2020 before the team folded amid off-field controversies. Cat Whitehill has served as an assistant coach and as a player-coach for the now-defunct Boston Breakers at different points, but never before has an NWSL team recruited a former USWNT player and given her the full confidence to take control of a team, and Akers believes that’s been a mistake.

“I think that’s a needed thing — what I wouldn’t have given to have someone like an Abby Wambach or a Cromwell or an Akers as my coach,” Akers said, “someone who can offer me insight and advice and strategies and everything that helps that person succeed at the highest level. It’s hugely important and I would’ve loved to see more of my teammates and other national team players involved in the game so we can continue to be the best in the world.”

One likely reason for so few NWSL coaches having USWNT ties is a lack of coaching pathways for women compared to men. The NWSL has always been dominated by men, both as head coaches and assistant coaches, since the league was founded in 2012. Of the league’s 10 teams last year, just two started the season with female coaches. The NWSL and U.S. Soccer has slowly taken small steps to fix that, like offering free coaching license courses to NWSL players since 2018. But Akers still sees a reluctance from teams to give female coaches full rein in top gigs.

“Over the years, the culture is changing and more women are getting opportunities to coach at the highest level, but we still have a long way to go,” she said. “What’s notable about Orlando is they recognize that and went after Amanda, who has been successful as a coach for a while, and they let her pick her staff and this team is going to be developed the way she wants to. That’s all from the DNA of that U.S. women’s national team that won World Cups and Olympics, and she helped build that.”

It’s perhaps not a coincidence that the 2022 season will see an influx of female head coaches entering the league. The 2021 season was plagued with scandal as five male coaches lost their jobs over misconduct allegations in Portland, Seattle, Chicago, Louisville and Washington, D.C. — representing half of the league’s teams. This season, five of 12 teams — including both expansion teams, Angel City FC and San Diego Wave FC — will be led by women, an all-time high. Marc Skinner, Orlando’s previous coach, stepped down in July to accept a position at Manchester United.

But hiring women is not a catch-all solution as far as Akers is concerned. The coaches that have influenced her most throughout her career have been men. Anson Dorrance and Tony DiCicco each led the USWNT to World Cup triumph when Akers was part of the team. Paul Barron, a former goalkeeper for Crystal Palace and Queens Park Rangers in the 1980s, worked with her when she was on the national team too, and she plans to pass on lessons he taught her to the players in Orlando.

“It’s kind of a complex issue, but yet it’s so simple: These guys crossed boundaries and were unprofessional and caused a lot of harm,” Akers said of the coaches who exited the NWSL last year amid misconduct allegations. “These players spoke up, and they’re gone now. There’s been a huge reckoning, and it was good to see that they left no room for this kind of behavior on or off the field.”

“It’s a matter of being professional and the culture changing still,” Akers added. “As the culture continues to evolve, there will be higher standards, different standards, enforced standards, and more of the players will feel empowered to speak up. That’s my hope.”

Coaching changes aside, the Orlando Pride are very much a team in transition. Star striker Alex Morgan has left for the new team in San Diego; so has the Pride’s highest-ever draft pick and a regular starter, Taylor Kornieck. Veteran goalkeeper Ashlyn Harris and defender Ali Krieger, both left for NJ/NY Gotham FC. Last month, the club added three first-round draft picks. The roster is still taking shape, but Akers is hoping she and Cromwell can push the rest of the NWSL’s executives and owners to think twice about who they should ask to lead the way.

“Maybe other teams will take note and say: Hey, maybe we should be hiring some of these national team players who have been there and done that and have a lot to offer,” Akers said.

‘It’s been a journey’: The Brown twins’ long road toward NFL dreams
Mazzulla, Celts staff to coach Giannis-led All-Stars
How Novak Djokovic won his 10th title in Melbourne
Who has the most talent in the minors? Ranking every MLB system from 1-30
NASCAR bans Chastain’s wall-hugging move