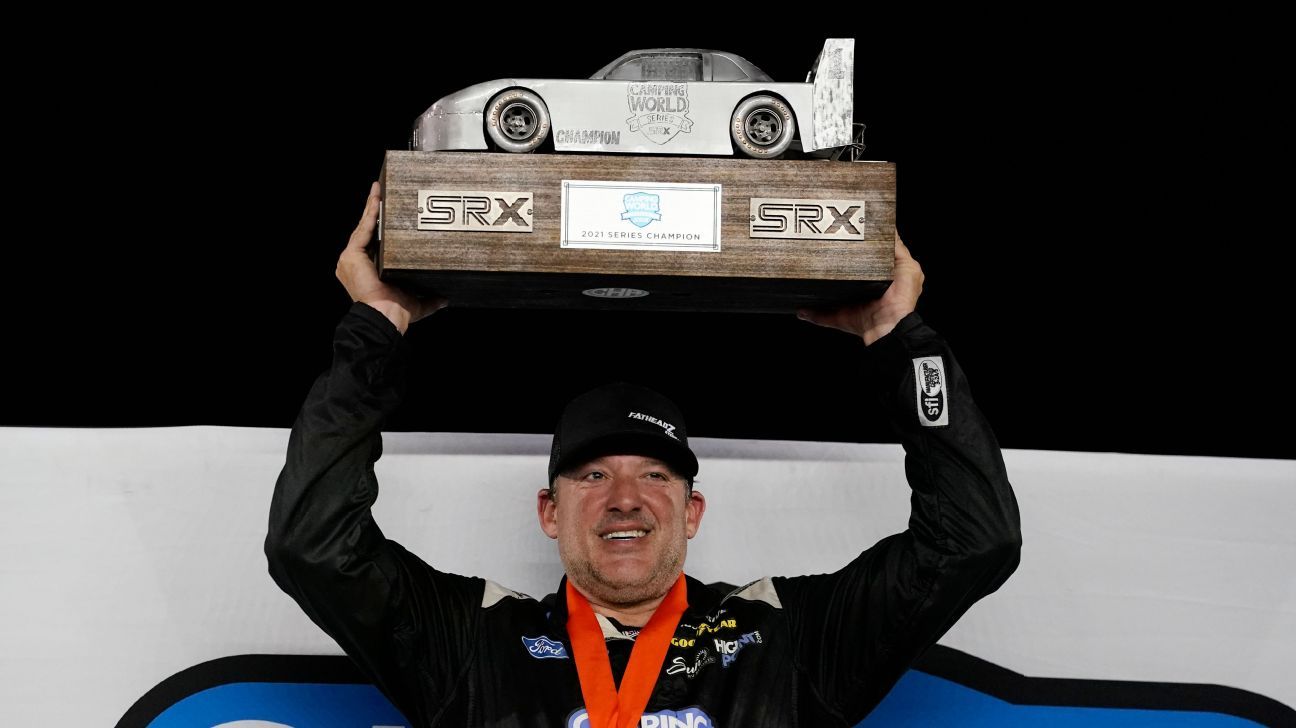 Tony Stewart and Ray Evernham will have a boss in the second season of the Superstar Racing Experience, a made-for-CBS all-star summer series coming off a surprisingly strong debut.

SRX on Thursday named Don Hawk its first chief executive, a day-to-day role with a job description that covers just about everything. The six-race series was designed to fill otherwise-empty Saturday night CBS programming, but it was an instant hit and almost immediately too big for co-creators Stewart and Evernham.

“SRX is coming off a great first year with a lot of momentum, and I couldn’t be more thrilled to have Hawk take on this new role for us,” said Stewart, a three-time NASCAR champion. “He’s incredibly well-respected in every corner of racing and someone I’ve worked with and admired for years.”

SRX was conceived by Stewart and Evernham, both NASCAR Hall of Famers, as a present-day series that pitted all-star drivers against one another in Evernaham’s equally-prepared cars. They dreamed of recreating the old International Race of Champions series, an idea backed by both Sandy Montag, CEO of the Montag Group, and Bruin Capital CEO George Pyne.

Much of SRX’s first-season success centered around the idea this was just televised racing for fun. Stewart and Evernham could tweak rules along the way and often followed fan reaction in their adjustments. By the sixth and final race, then-NASCAR champion Chase Elliott beat his 65-year-old father the night before a Cup race and Stewart was crowned the first series champion on a Saturday night at sold-old Nashville Fairgrounds in Tennessee.

For a successful second season, SRX will need some formalities and turned to Hawk to produce the show going forward. SRX said Hawk begins immediately and “reports to the Executive Board of Ray Evernham, Tony Stewart, George Pyne, and Sandy Montag.”

Hawk has spent more than three decades in industry leadership roles, notably as the force behind the late Dale Earnhardt’s business success, and most recently at Speedway Motorsports, where he is a longtime trusted confidant of founder Bruton Smith.

Hawk and Speedway Motorsports went their separate ways near the end of 2021 and Hawk said he was launching his own consulting firm. Not even a month into the new year he’s now running a hot motorsports property.

“I love racing and I love business, that’s all I’ve ever done my entire life. Car business and race car business before and after college,” Hawk said. “I can’t retire. I enjoy this too much.”

He called SRX a “breakout hit” because of “its completely new approach” and promised an exciting driver lineup and upcoming schedule announcement. SRX last year raced at six hallowed short tracks across the U.S. on multiple surfaces. A local ringer was invited into the field each race as SRX tried to promote small-time talents.

Additionally, nationally unknown Ernie Francis Jr. of the Trans Am Series had his story told by CBS to a bored summer audience and is now set to drive in Indy Lights, one series below IndyCar. It’s part of the Race for Equality and Change in IndyCar and Francis seems on a tract set by Roger Penske to become the series’ only Black driver.

“Like so many others, I was a big fan of the concept and execution,” Hawk said. “I’m beyond excited to join the SRX team and help SRX as it continues to find its niche as a non-traditional form of motorsports entertainment.”