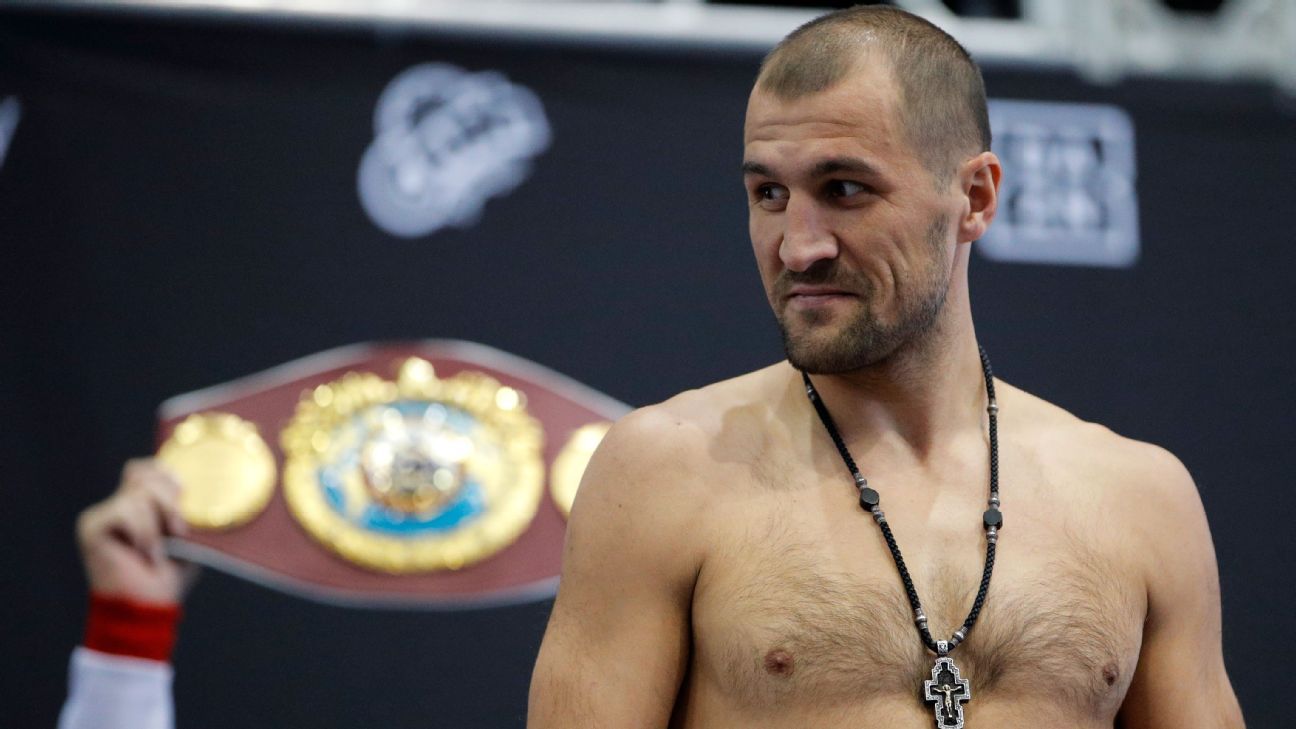 The Triller Fight Club headliner will be Kovalev’s first bout since November 2019, when Canelo Alvarez brutally knocked him out to capture a light heavyweight title.

Kovalev, a 38-year-old native of Russia, was set to return in April 2020 against Sullivan Barrera, but the event was cancelled due to COVID-19 restrictions. Kovalev’s comeback fight was then booked for January 2021 against Bektemir Melikuziev, but that bout was scrapped after Kovalev tested positive for synthetic testosterone, a banned substance.

That led to a contractual dispute between Kovalev and Golden Boy, the company that still owed him a $2.5 million comeback fight as part of the deal to fight Alvarez.

During his prime, Kovalev was among the most menacing punchers in boxing. He was long regarded as the best light heavyweight in the world and enjoyed three title reigns. During Kovalev’s first run, he scored a decision win over an aging but still effective Bernard Hopkins in a title unification fight. Kovalev lost his three light heavyweight titles to Andre Ward via controversial decision before he was stopped by Ward in the rematch.

Kovalev was later knocked out by Eleider Alvarez in another title fight, but exacted revenge with a decision victory later in 2019.

Fanlong (17-0, 10 KOs) has never competed on the top level and lost his only title shot to the pandemic when his planned March 2020 bout against unified champion Artur Beterbiev was canceled. A 33-year-old southpaw from China, he will now have an opportunity to break through against another Russian, albeit without a title on the line.