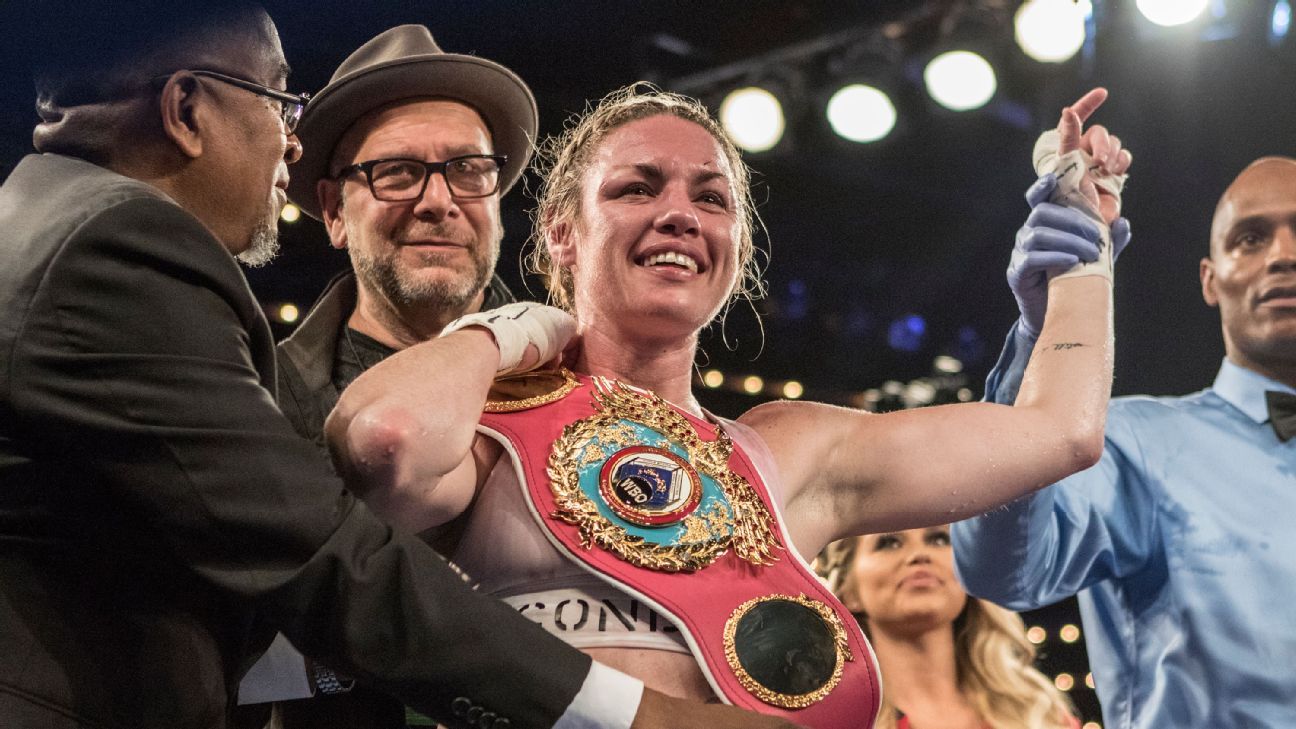 Former world titleholders Heather Hardy and Terri Harper are both heading back to the ring — to face one another.

Harper (11-1-1, 6 KO) last fought in November, where she lost her belt by fourth-round knockout to Alycia Baumgardner in one of the most devastating finishes of 2021. After the fight, the 25-year-old Harper decided to move up to lightweight, a weight she last fought at in 2019 in a TKO win over Claudia Andrea Lopez.

Hardy (22-2, 4 KO) fought last May, losing a decision to Jessica Camara in a lightweight bout. She has lost her last two fights – her loss before that was to Amanda Serrano – and last won in 2018 against Shelly Vincent. It is the 39-year-old Hardy’s second straight fight at lightweight.

This will be the first time Hardy has fought outside the United States in her professional career.