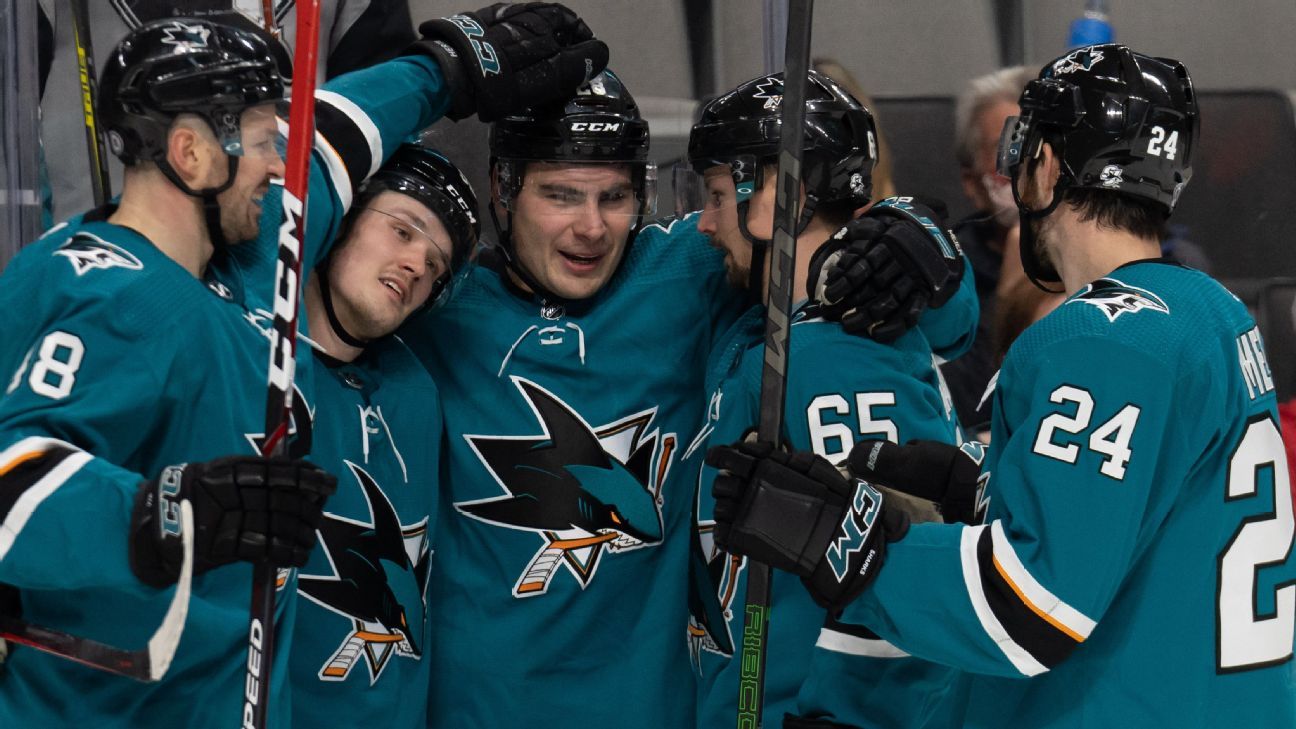 Meier, a sixth-year winger who made his first All-Star team this season, notched a hat trick before the first period even ended. He then scored his fourth goal less than two minutes into the second period and broke the Sharks’ record with his fifth just 27 seconds before the second intermission.

Quietly the subject of some offseason trade rumors while San Jose looked to trim payroll and turn the corner on a rebuild, Meier has rewarded the Sharks’ loyalty with a great season on a surprisingly contending team.

Through 40 games, the Sharks are holding their own in the West at 21-17-2, and have a hold on the conference’s final wild-card playoff position at 44 points. There are several teams behind them that have games in hand on San Jose because of COVID-19 pauses. But for now, the Sharks feel just fine where they are, and Meier has a lot to do with it.

“I always want to score but you don’t think too much about how many goals you have in the game,” Meier said. “You just want to win. Great team effort and my linemates made some great passes.”

With fans chanting “Timo! Timo!” at different points throughout the third period, Meier had a chance for his sixth goal midway through the period when he took the puck down the left side with open ice ahead of him, but Kings defenseman Mikey Anderson knocked the puck from Meier’s possession as he approached the net.

“You put in the work and you get paid back and Timo got paid back today,” Boughner said. “The way he scored, the patience, picking the shot. Those were pretty goals.”

The talking points from his performance could fill a press release on their own. According to ESPN Stats & Information research, no Swiss-born player had ever scored more than three goals in a single game, and he cruised past that. In doing so, he became second player to score five goals vs. the Kings in Los Angeles’ franchise history, joining Alexei Zhamnov of the Winnipeg Jets in 1995. He now has at least one point in seven of his last eight games.

“Timo’s hard to play against,” San Jose defenseman Erik Karlsson said. “He finds open areas and he’s doing it at a consistent level now. We knew he had great potential.”

Joe Malone holds the NHL single-game record with seven goals, which he achieved with the Quebec Bulldogs back in 1920. Seven players have had six-goal games over the years.

According to NHL records, the New York Rangers‘ Mika Zibanejad was the last NHL player to score five goals, which happened on March 5, 2020, against Washington. Meier also notched the 11th single-period hat trick in Sharks history.

Tomas Hertl had four assists for the Sharks, who had scored just one goal combined over their past two games. Karlsson had three assists, including the 500th of his career, and Rudolfs Balcers had a goal and assist.

Hertl, in his postgame interview with reporters, was asked if he had any advice for his surging teammate. “Just keep shooting,” he said.

James Reimer, making his first start in net since Jan. 4 for San Jose because of a lower-body injury, had 39 saves.

Anze Kopitar and Anderson scored for Los Angeles, which had a four-game winning streak snapped.