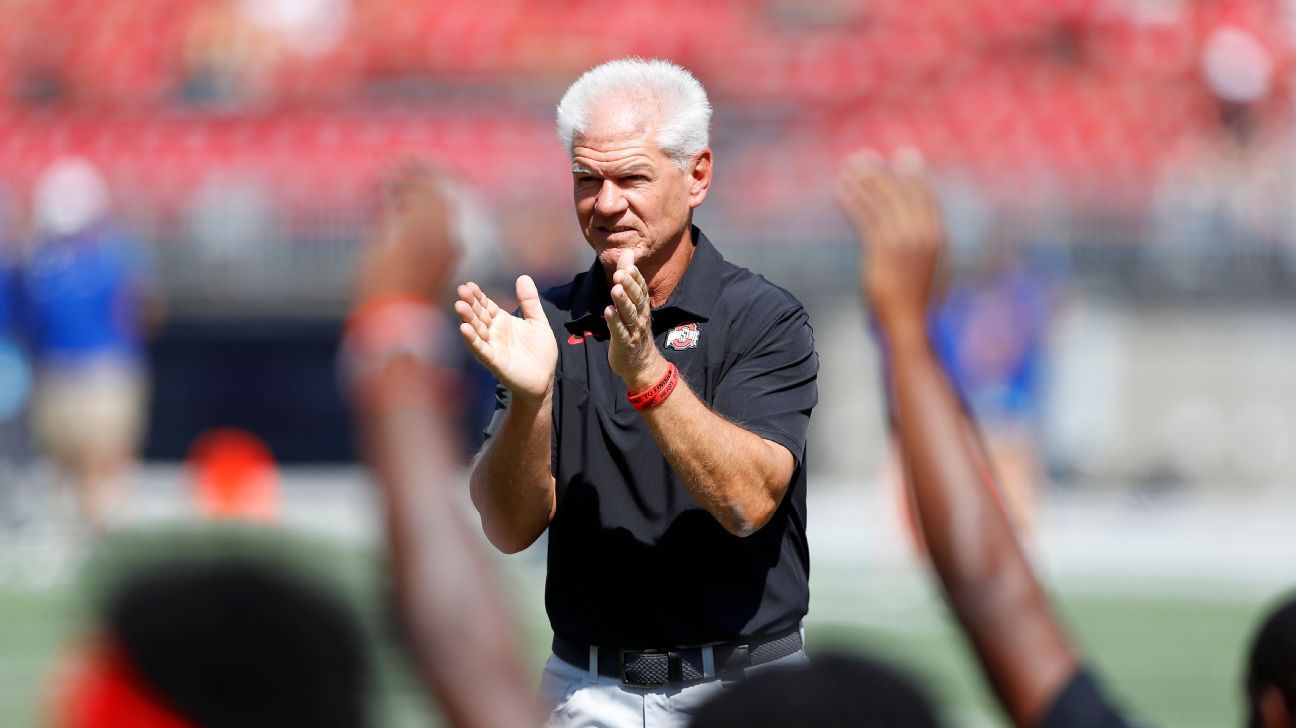 The University of Cincinnati is expected to hire former Ohio State defensive coordinator Kerry Coombs, sources told ESPN, marking his return to the city where he spent more than two decades as a high school coach and a school where he began his college coaching career.

Coombs is expected to coach cornerbacks and be the special teams coordinator for the Bearcats, working on defense under second-year coordinator Mike Tressel. Coombs was demoted from playcalling duties at Ohio State in September, and his Buckeyes departure sets up a reunion with the school where he’d spent five seasons as an assistant under Brian Kelly and Butch Jones from 2007 to ’11.

Coombs, 60, worked with Cincinnati coach Luke Fickell, then the Ohio State defensive coordinator, for five seasons in Columbus until Fickell took the Cincinnati job in 2017.

Coombs brings one of the strongest track records in the country in recruiting and developing corners, in a career that includes two years as the secondary coach with the Tennessee Titans. During his first stint at Ohio State from 2012 to ’17, every one of Coombs’ starting corners reached the NFL. Overall, Coombs helped recruit or develop at least seven corners taken in the first round, including Bradley Roby, Marshon Lattimore and Denzel Ward.

Coombs brings a depth of experience as both a coach and a recruiter. Coombs’ ties to Cincinnati are deep, as he spent 16 years as the head coach at his alma mater, Colerain High School, which he led to 10 state playoff appearances and an undefeated title run in 2004. His overall record as a high school coach was 167-48 over 18 seasons.