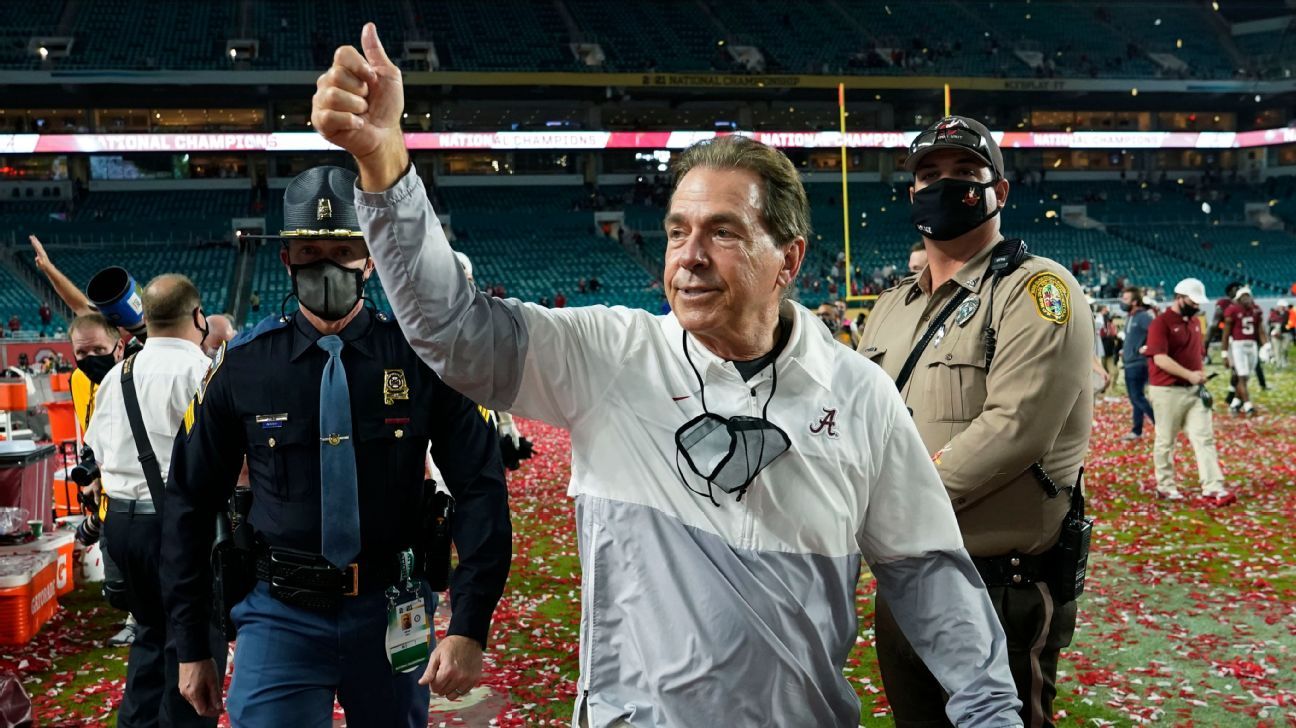 Alabama football coach Nick Saban was among a handful of sports figures from West Virginia to sign a letter urging Sen. Joe Manchin to support the passage of the Freedom to Vote Act.

Manchin and Arizona Sen. Kyrsten Sinema, also a Democrat, have thus far refused to support making a filibuster exception for the voting rights bill. Without the 60 votes to overcome the filibuster, proposed legislation can be kept off the Senate floor indefinitely.

Last week, Manchin released a statement reiterating his commitment to neither eliminate nor weaken the filibuster, the consequences of which, he said, would “only pour fuel onto the fire of political whiplash and dysfunction that is tearing this nation apart.”

The Freedom to Vote Act aims to expand voter registration and voting access, while limiting the removal of voters from voter rolls. It would also establish Election Day as a federal holiday.

“We strongly support urgently needed legislation that will protect both the rights of voters and the integrity of outcomes in all Federal elections,” the letter to Manchin said. “The Freedom to Vote Act, which you sponsored with Committee Chair Senator [Amy] Klobuchar and other colleagues, effectively addressed these goals. Now we also support your leadership in shaping legislation to secure our democracy by protecting election integrity, principled Presidential transitions and our national security during transitions.

“We come from some of our nation’s most popular sports leagues, conferences and teams. Some of us have roots and shaped our lives in West Virginia. Others followed very different paths and some of us have been rivals in sports or business. But we are all certain that democracy is best when voting is open to everyone on a level playing field; the referees are neutral; and at the end of the game the final score is respected and accepted.”

Saban, who was born in Fairmont, is a longtime friend and supporter of Manchin.

Saban has steered clear of making political stances for much of his career, telling reporters in 2020, “I’ve never endorsed a candidate, nor will I ever endorse a candidate or get involved in politics in any way, shape or form. I don’t think that’s my place.”

The letter to Manchin also said that election administration and the process of vote certification “must be nonpartisan, professional and transparent.”

“These principles are now under intentional and unprecedented challenge,” the letter said. “In the last year, some 20 states have enacted dozens of laws that restrict voting access and allow local officials or state legislatures to interfere inappropriately with Federal election outcomes. Motivated by the unanticipated outcomes of recent close elections conducted with integrity, these state laws seek to secure partisan advantage by eliminating reliable practices with proven safeguards and substituting practices ripe for manipulation.

“To complement your efforts to have the Senate enact balances and widely supported legislation, we will encourage others in sports, business and other endeavors to join with us in endorsing the concepts set forth in this letter.”