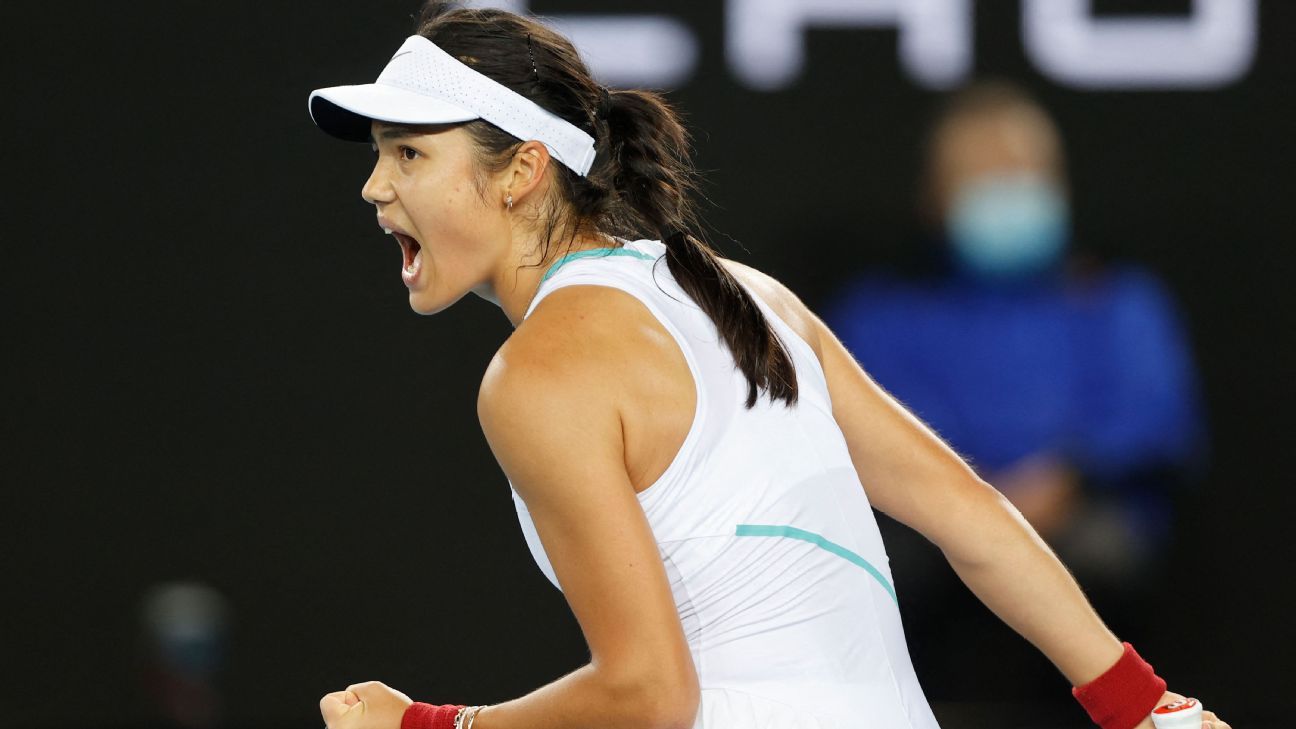 Emma Raducanu got her Australian Open campaign off to a winning note as she saw off Sloane Stephens in three sets in the first round.

US Open champion Raducanu ended up winning 6-0, 2-6, 6-1 in an entertaining match on day two of the first Grand Slam of the year.

After Raducanu won the first set in just 17 minutes, Stephens — the 2017 US Open champion — fought back to take the second, but Raducanu found the edge in the third to break Stephens twice and book a spot in the second round against Danka Kovinic.

“It was a tough matchup for a first round, but I’m very happy,” Raducanu said afterwards. “I knew there were going to be some very long rallies, and I was having to work extremely hard for my points and I’m so happy to have got through.”

This was Raducanu’s second match this year, after her plans were disrupted by testing positive for COVID-19 at the end of 2021.

That cut short her pre-season plans and saw her pull out of the Adelaide International, and head into the Sydney Classic with just a few hours practice.

She lasted just 53 minutes against Elena Rybakina as she lost in straight sets, winning just one game.

Raducanu focused on her serve after that defeat, and headed into the Australian Open talking about how her biggest challenge was to stay “patient.”

This is her third Grand Slam, having reached the fourth round at Wimbledon in 2021, and then winning the US Open.

She said she wanted to continue her upwards trend in Australia and she had to work to get past a resilient Stephens in the final match at the Margaret Court Arena.

Stephens’ last match was at Indian Wells in October and she had no answer to Raducanu’s ruthless first-set display as the Brit eased through that, dropping just four points.

But Stephens then broke Raducanu’s serve three times in the second set to take that 6-2.

In the third set, Raducanu started like she did in the first, breaking Stephens’ serve twice as she dominated the net.

Then, 5-1 up on her own serve, she converted her third match point to book her spot in the next round.

“I was very pleased, coming out of the first set I played good tennis,” Raducanu said. “Of course there was some adversity and in the long rallies she was edging through with her defence.

“I’m happy to have regrouped and in the third set, I don’t think the score reflected the level out there, as in the third set I was feeling it, and focusing on getting every ball landing between the lines.”