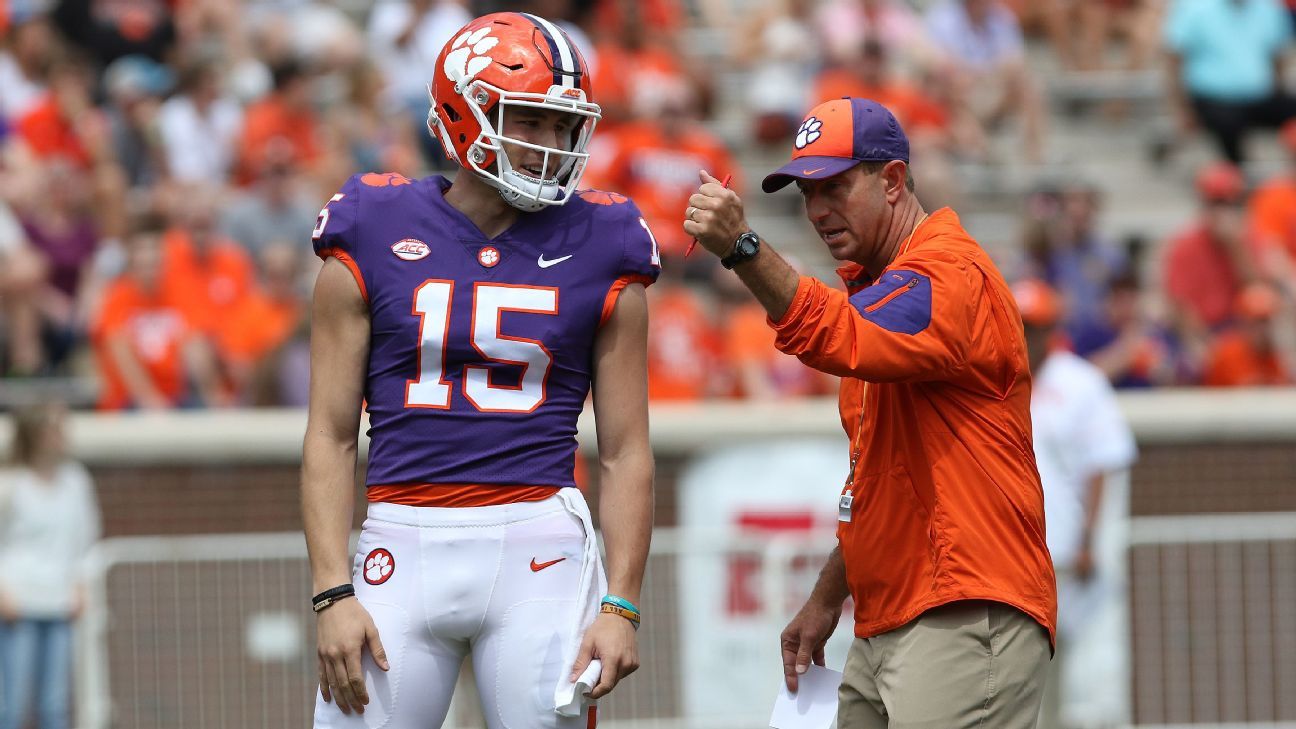 Dabo Swinney has finally dipped into the transfer portal to bolster his roster, and he did it by bringing back a former Clemson football player.

Quarterback Hunter Johnson, a onetime top recruit, will return to Clemson after spending the past four seasons at Northwestern. The move was first reported by 247 Sports.

The move adds needed depth to Clemson’s QB room a year after D.J. Uiagalelei struggled and the team lost three games, in addition to failing to take home the ACC championship for the first time since 2014. Clemson also signed four-star quarterback Cade Klubnik, who figures to compete for reps this spring.

Swinney has long avoided adding transfers and was vocal in his frustrations this season at being asked repeatedly why he didn’t use the portal to add depth to a team that lacked experience in several key areas, particularly on offense.

“I wouldn’t do anything differently,” Swinney said in October 2021. “I’m not opposed to the transfer portal. If I was at another school, that might be all I signed was transfer portal guys. … But I’m at Clemson, and we’ve been able to sign great kids that we believe in. … If we need to use the portal, we’ll use it. But I’m not going to do something just to do something.”

Johnson signed with Clemson in 2017 out of Brownsburg (Ind.) High. He was rated as the No. 1 overall pocket passer by ESPN. He played a limited role as the Tigers’ third-string QB as a true freshman before announcing a transfer in the spring of 2018, after future No. 1 overall NFL draft pick Trevor Lawrence arrived on campus.

From 2018 through 2021, Johnson appeared in 10 games at Northwestern, including eight starts. He won just two of those starts, completing 48% of his throws with eight touchdowns and eight interceptions.

Johnson said he was initially planning to apply to Clemson’s MBA program and had approached Swinney about serving as a graduate assistant in 2022. Swinney instead asked if he’d be open to playing another season.

“I’m really looking at this as an opportunity to come in and help the team in any way I can,” Johnson said.

Johnson said he’s set to join Clemson on campus in May.