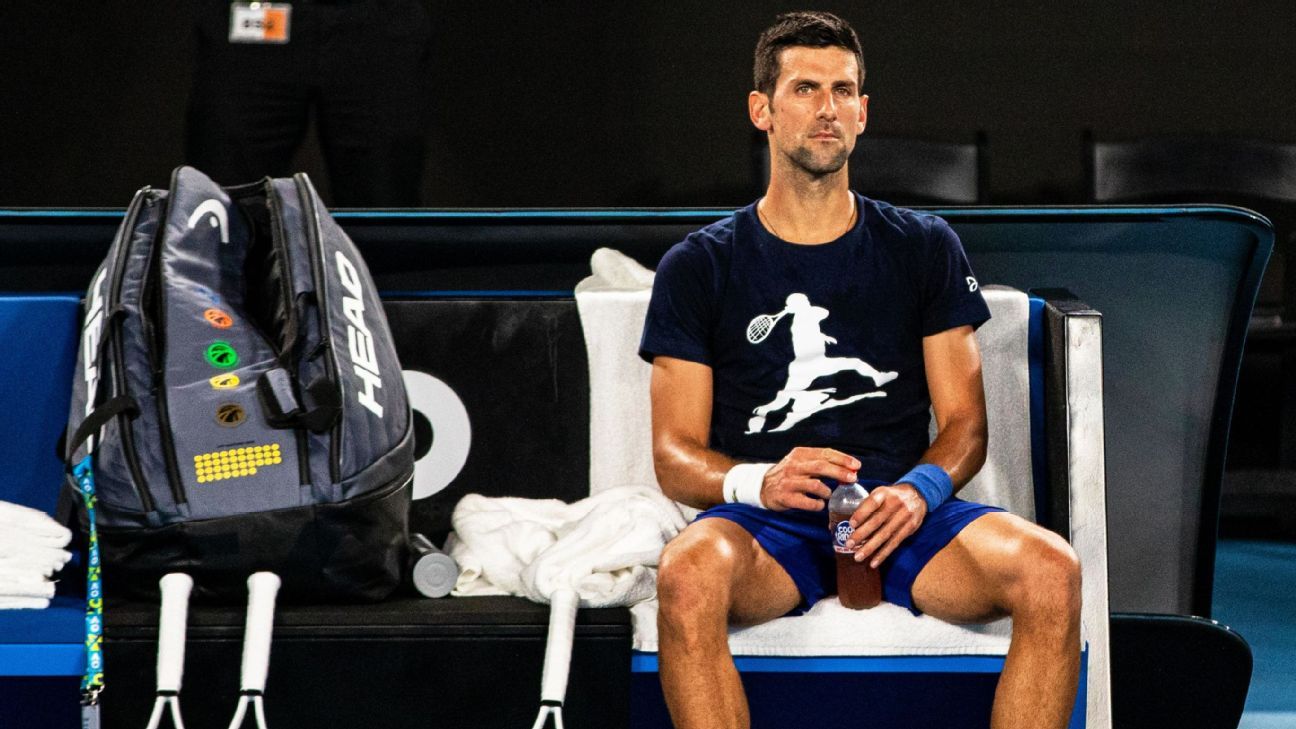 The board of Tennis Australia issued a statement two days after nine-time champion Novak Djokovic lost a legal challenge against his visa cancellation to say that the entire saga would be subject to a review after the Australian Open.

“We recognise that recent events have been a significant distraction for everyone, and we deeply regret the impact this had on all players,” the statement, which did not mention Djokovic by name, said in part.

Without naming him, the statement also said the board commended Tennis Australia chief executive Craig Tiley for his work and dedication.

The tournament started Monday. Three judges in the Federal Court on Sunday rejected Djokovic’s bid to have his visa reinstated, and he was deported later that night, flying back to Serbia via Dubai, United Arab Emirates.

Djokovic was approved by Tennis Australia and the state of Victoria for a medical exemption to the country’s strict COVID-19 vaccination rules based on the fact he had tested positive for the coronavirus last month.

But border officials rejected the exemption and revoked his visa after Djokovic arrived in Australia late on Jan. 5, triggering an 11-day saga that involved two court hearings and the world’s top-ranked men’s tennis player spending five nights — in two stretches — in an immigration detention hotel.

“There are always lessons to learn, and we will review all aspects of our preparation and implementation to inform our planning — as we do every year,” the statement, issued Tuesday, said. “That process always starts once the Australian Open champions have lifted their trophies.”

The statement said organizers had been working with the federal and state governments for a year to stage the tournament during the pandemic.

Who has the most talent in the minors? Ranking every MLB system from 1-30
NHL superstar roundtable: Changing playoffs, next expansion teams and cheat meals
Law takes share of golf lead in UAE day two
NFL puts Eagles’ Sills on exempt list after charges
Driving for perfection: The thousands of miles that shaped Alycia Baumgardner into a world champion