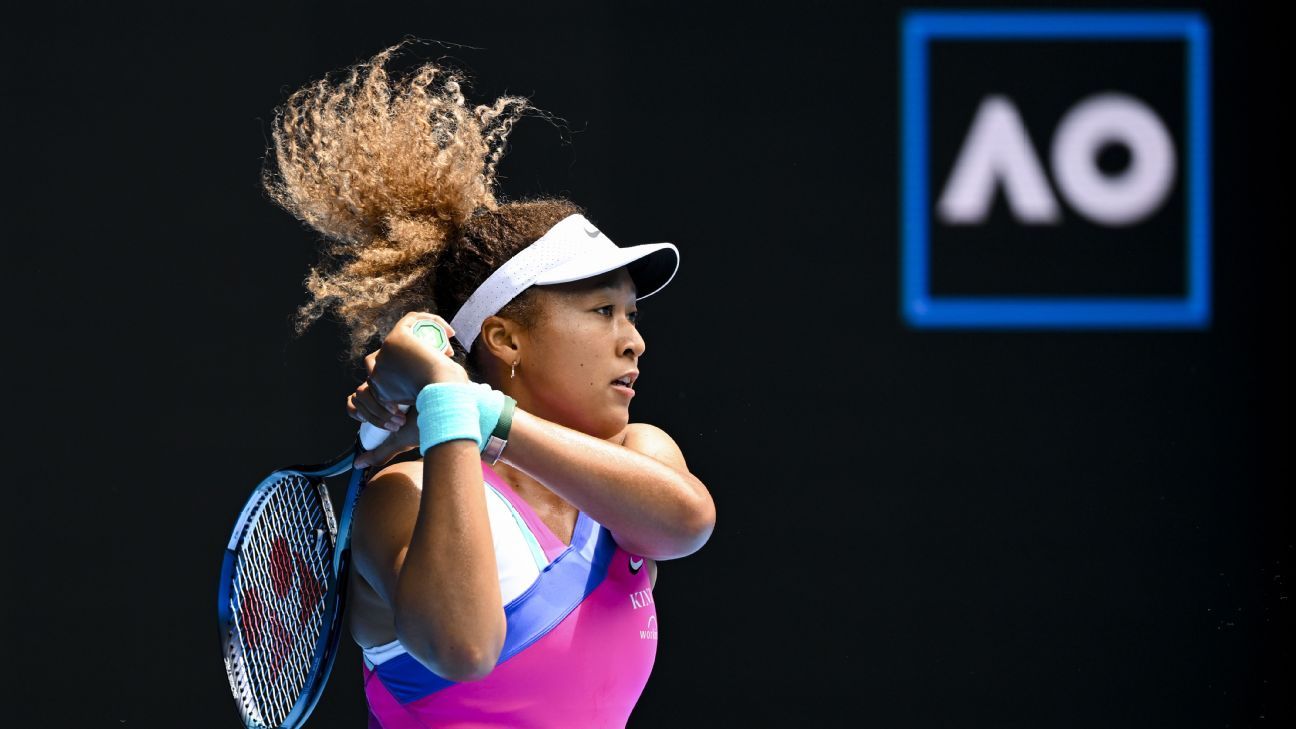 Defending champion Naomi Osaka didn’t need luck to win her opening-round match over Camila Osorio 6-3, 6-3 at the Australian Open on Monday. But that didn’t stop her from trying to create some.

In an act of superstition that would surely make Rafael Nadal proud, Osaka took great lengths, literally and figuratively, to avoid stepping on the “Melbourne” signage on the court. Throughout the match, she was seen hopping over it and even redoing her steps if she had accidentally, ever-so-slightly touched it.

“Every time I’ve come here, I really don’t like stepping on the lines or the Melbourne logo in the back,” Osaka told reporters after the victory. “I’m not really sure why that developed. I would say that most athletes have very strong superstitions. It could be one thing, it could be two things. For me it’s definitely the lines and the logo.”

Playing in just her second tournament since tearfully exiting the US Open in September following a third-round loss to Leylah Fernandez, and announcing she was going to “take a break from playing for a while,” Osaka jumped out to a 3-0 lead in just seven minutes in the first set. Osorio, the 2019 US Open junior champion, eventually found her rhythm and made the match competitive, but Osaka’s victory was hardly in doubt. Osaka, the four-time major winner, recorded 19 winners (to Osorio’s five) and had an 83% win percentage on first serve.

Still, she didn’t want to leave anything to chance on the court and later explained avoiding contact with the sign and the lines weren’t the only things she needed to do in order to feel her best at Rod Laver Arena.

“I need my water bottles to be completely straight,” Osaka said. “I’m not sure why that is.”

Osaka will next take on American Madison Brengle in the second round on Wednesday.