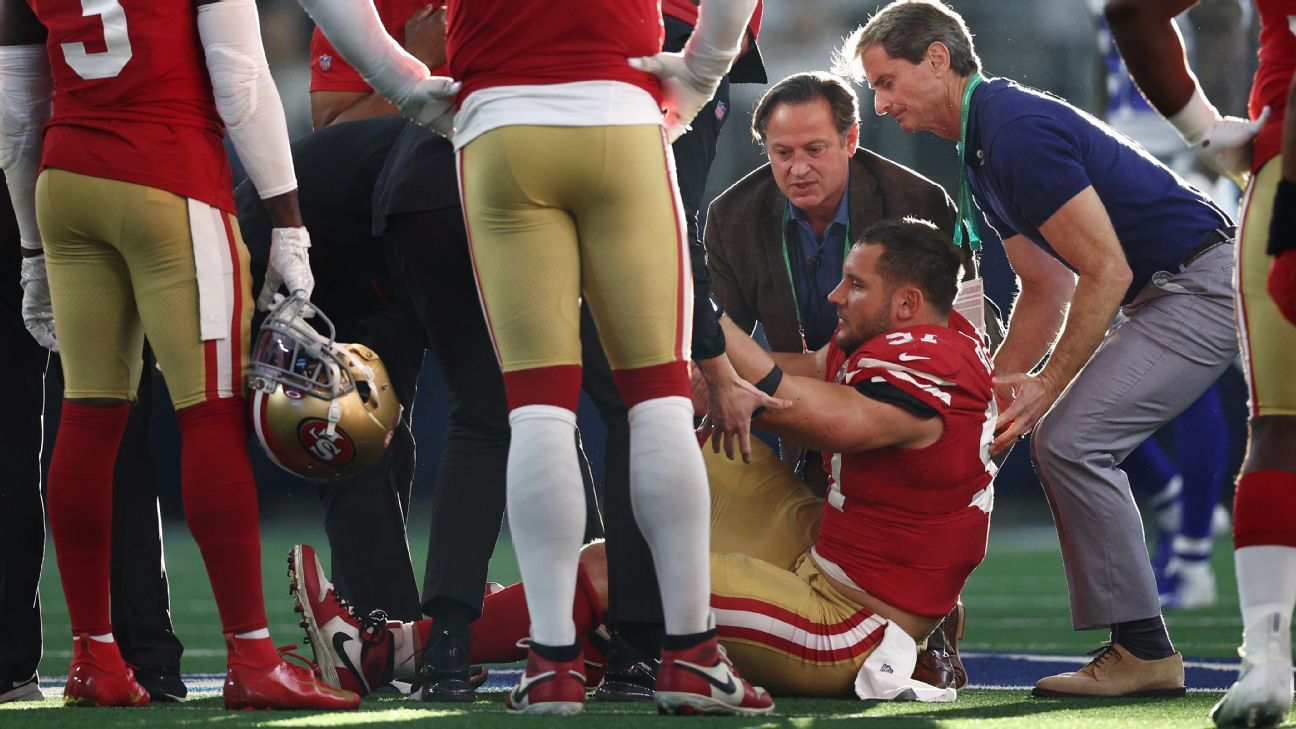 ARLINGTON, Texas — The San Francisco 49ers will play the second half of their wild-card showdown against the Dallas Cowboys without their best pass-rusher, as defensive end Nick Bosa was ruled out because of a concussion.

Bosa suffered the injury with 1:19 left in the first half as he and defensive tackle D.J. Jones converged on Cowboys running back Tony Pollard. Bosa was down and Jones appeared to roll over and hit Bosa in the head with his knee.

After staying down for a bit, Bosa pointed to his head and slowly got to his feet before walking slowly off the field. The Niners evaluated Bosa at halftime for a concussion, and it was confirmed in the third quarter that he would not be able to return.

Before his departure, Bosa had three tackles, a half sack and a quarterback hit. Bosa led the 49ers in sacks in 2021 with 15.5 in the regular season.