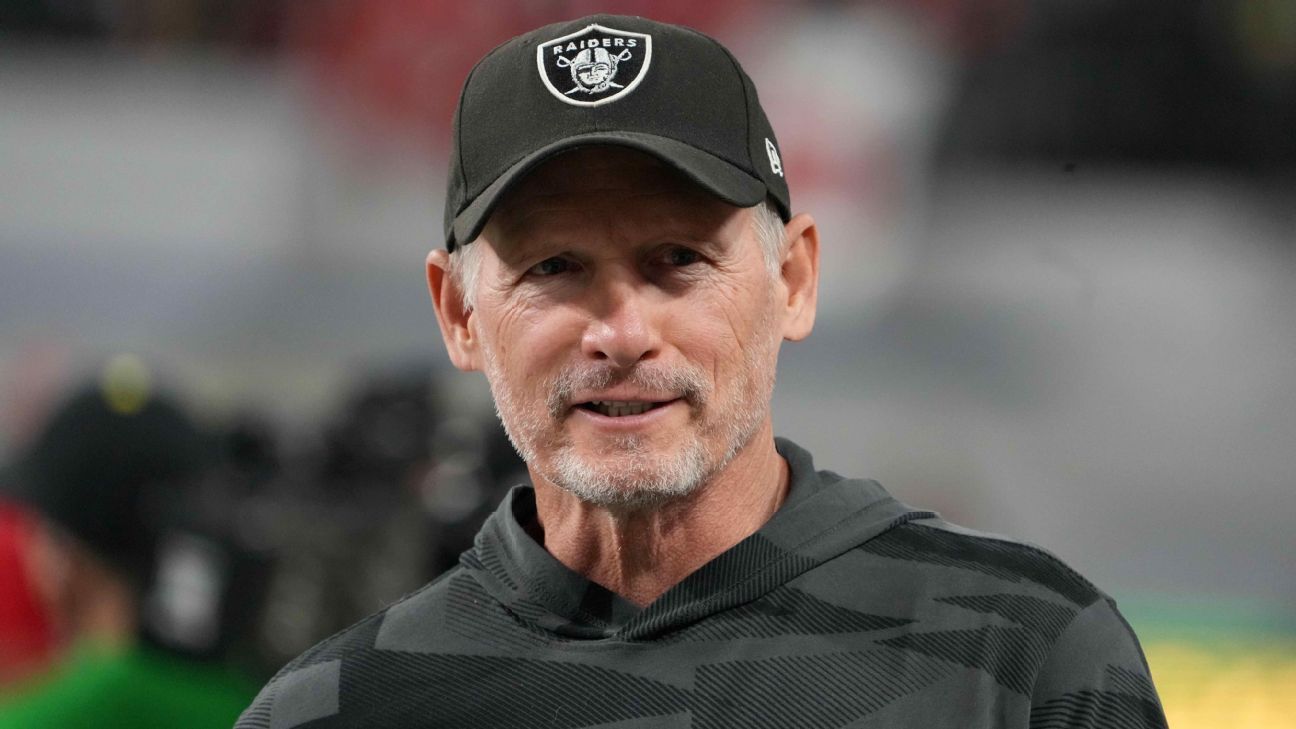 HENDERSON, Nev. — Mike Mayock has been fired as general manager of the Las Vegas Raiders after three tumultuous seasons that produced a combined record of 25-24 and numerous on- and off-the-field controversies.

“We have relieved Mike Mayock of his duties as General Manager of the Las Vegas Raiders. We thank Mike for his contributions over the last three years in helping to form the foundation for the franchise to build upon in its future,” the team said in a statement.

The Raiders have already begun the process of finding his replacement, requesting an interview with New England Patriots director of player personnel Dave Ziegler, a source told ESPN’s Adam Schefter.

The Raiders also are beginning their search for a new head coach. Interim coach Rich Bisaccia said Monday he had preliminary conversations with team owner Mark Davis about potentially getting the job full-time. The Raiders also have requested an interview with Patriots inside linebackers coach Jerod Mayo, a source told Schefter.

Mayock’s firing comes two days after the Raiders’ playoff exit after a loss to the Cincinnati Bengals in a wild-card game.

Mayock, 63, was hired as GM by the Raiders on Dec. 31, 2018, after 15 years as a draft analyst and on-air analyst for NFL Network to help the team specifically with the draft and to work with then-coach Jon Gruden, who had final say in personnel decisions.

Raiders owner Mark Davis told ESPN that Gruden held a 51-49 percentage advantage in the power structure when it came to decision making. It shifted to Mayock’s advantage over interim coach Rich Bisaccia upon Jon Gruden’s abrupt resignation on Oct. 11 in the wake of his email scandal.

This season, Mayock had to navigate the team through receiver Henry Ruggs III‘s deadly car crash that claimed the life of a 23-year-old woman and her dog in the early morning of Nov. 2 — the 2020 first-round draft pick was released hours later — as well as the release of fellow 2020 first-rounder Damon Arnette less than a week later when video surfaced online of the cornerback brandishing guns and making death threats.

And while Gruden did have final say on personnel, the Raiders have missed far more often on their 23 combined picks in their three drafts together than they hit on.

While only 16 of those players are still on the roster, four of Las Vegas’ top five picks in the 2020 draft were gone in less than a season-and-a-half, with Ruggs and Arnette joined by Lynn Bowden Jr., (traded to Miami before the season started) and Tanner Muse, who spent his rookie season on IR and was cut before the 2021 season began. In fact, heading into that draft, Mayock said having three picks in the third round was “like stealing,” and if the Raiders did their job right, they’d have “three more starters.”

Those three picks were Bowden, receiver Bryan Edwards, who is a starter, and Muse.

A year earlier, the Raiders had three first-round picks and used them on defensive end Clelin Ferrell at No. 4 overall, running back Josh Jacobs at No. 24 and strong safety Johnathan Abram at No. 27. Ferrell is more of an impact player on special teams, Jacobs has a pair of 1,000-yard rushing seasons and a Pro Bowl nod on his resume, but his production has slipped drastically this season and while Abram can be effective against the run, he is a detriment against the pass.

This past spring, the Raiders used the No. 17 pick on Alabama offensive lineman Alex Leatherwood, who many had with a second-round grade. He struggled enough at right tackle that he was moved to right guard in Week 5 and is the second-most penalized offensive lineman in the NFL.

Mayock’s Raiders career got off to a rocky start with the Antonio Brown episode, with the GM fining him for missing training camp practices and Brown posting the fine letters on his social media. The Raiders later released Brown without the receiver ever playing a down for the team.