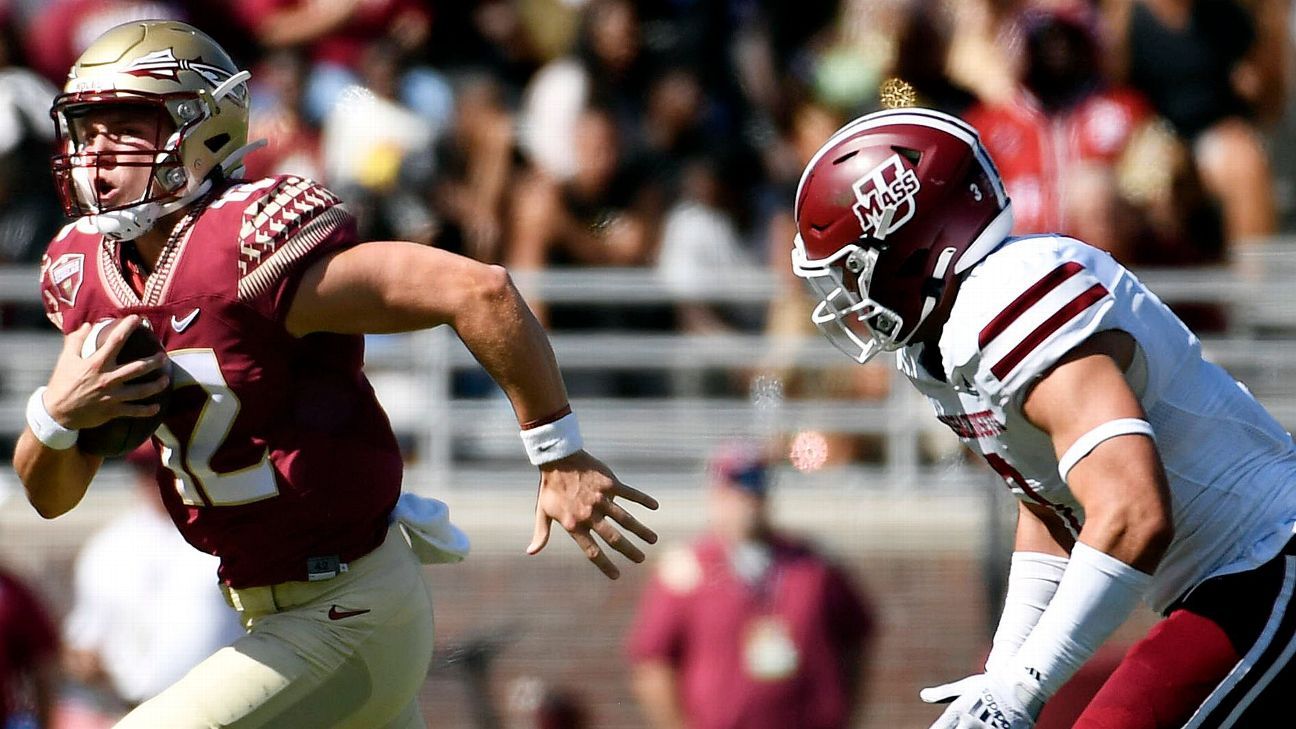 Nebraska‘s quarterback room has completely transformed through the transfer portal since the end of the season, and it added another new name on Monday with former Florida State quarterback Chubba Purdy.

Nebraska starter Adrian Martinez transferred to Kansas State after the end of the season. Martinez threw for 2,863 yards, 14 touchdowns and 10 interceptions in what was an inconsistent year.

Once he left, coach Scott Frost brought in former Texas quarterback Casey Thompson as a transfer. Thompson started 10 games last season for the Longhorns and had 2,421 yards, 24 touchdowns and nine interceptions.

Frost, a former Nebraska quarterback, then was able to land Purdy, who was also considering Oklahoma, but chose the Huskers after visiting both programs.

Purdy was the No. 126 recruit in the 2020 class out of Queen Creek, Arizona, and signed with Florida State. He was one of two quarterbacks in that class for the Seminoles, along with three-star Tate Rodemaker.

With Jordan Travis and McKenzie Milton ahead of him on the roster this past season, Purdy threw only five passes for 98 yards and two touchdowns.

With Purdy now on the roster, Frost and his offensive staff have competition at the position to stabilize the offense. The Cornhuskers finished 3-9 last season and have not made a bowl game in Frost’s four years at the helm.

FIA accused of ‘suppressing drivers’ freedom of speech’
The 13 U.S. debutants you need to know in January friendlies
Panthers choose Reich over Wilks to be new HC
U-M to create more space around players’ tunnel
Chasing history in Boston: The numbers behind the Bruins’ wild 2022-23 season