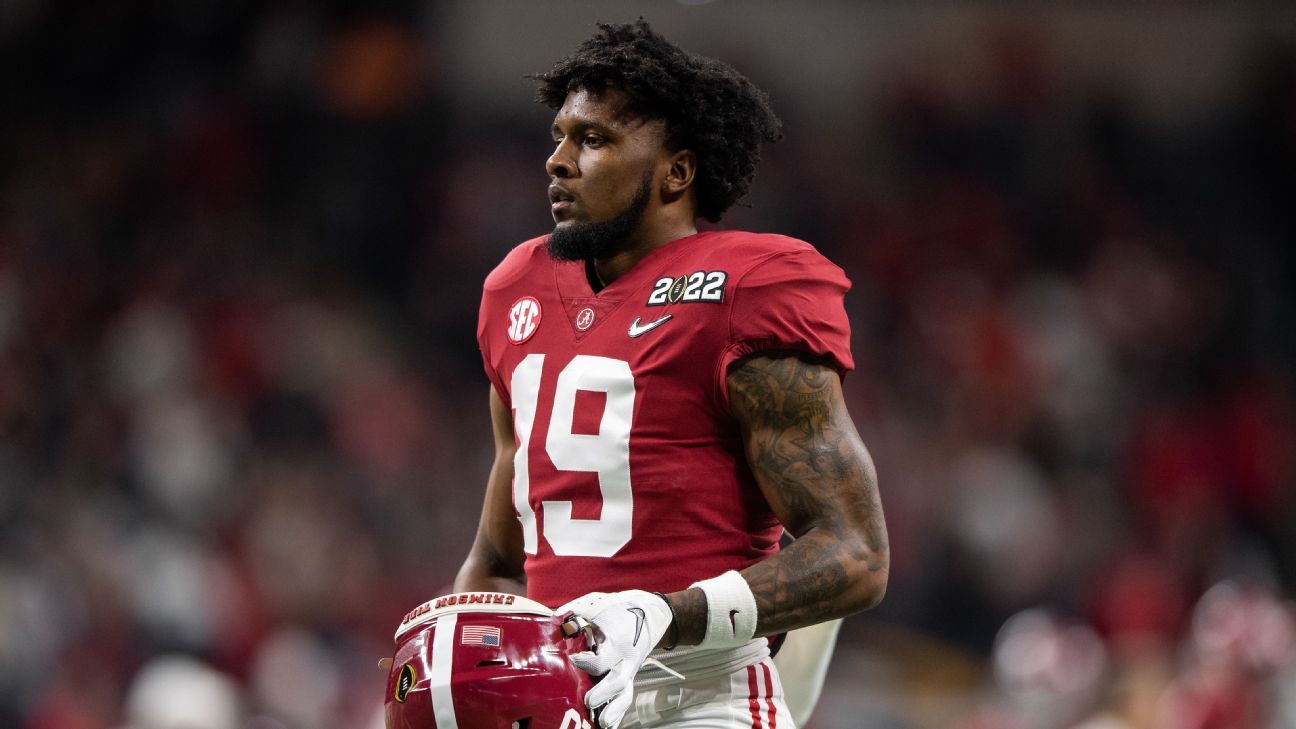 The move will reunite him with Longhorns coach Steve Sarkisian, who was Alabama’s offensive coordinator in 2020 when Billingsley emerged as a playmaker with three touchdowns as a sophomore.

A dynamic athlete, Billingsley was named to the preseason All-SEC team in August but struggled to stay in Alabama coach Nick Saban’s good graces and wound up starting just one game this past season.

Billingsley, who is from Chicago, finished with 17 catches for 256 yards and three touchdowns in 15 appearances.

Texas is scheduled to host Alabama on Sept. 10 in Austin.

Billingsley is one of many Alabama players to enter the NCAA transfer portal since the end of the season.

Alabama has also bolstered its roster through the transfer portal, gaining the commitment of former LSU All-American defensive back Eli Ricks and former Georgia Tech All-ACC running back Jahmyr Gibbs.

What do teams have to give up for Sean Payton? Our reporters spell it out
‘Confident’ Pegula one step from first Slam semi
USMNT turn eye to next generation as Brandon Vazquez, Cade Cowell shine in Serbia loss
UFC 283: Live results and analysis
Canadiens’ Caufield out remainder of the season