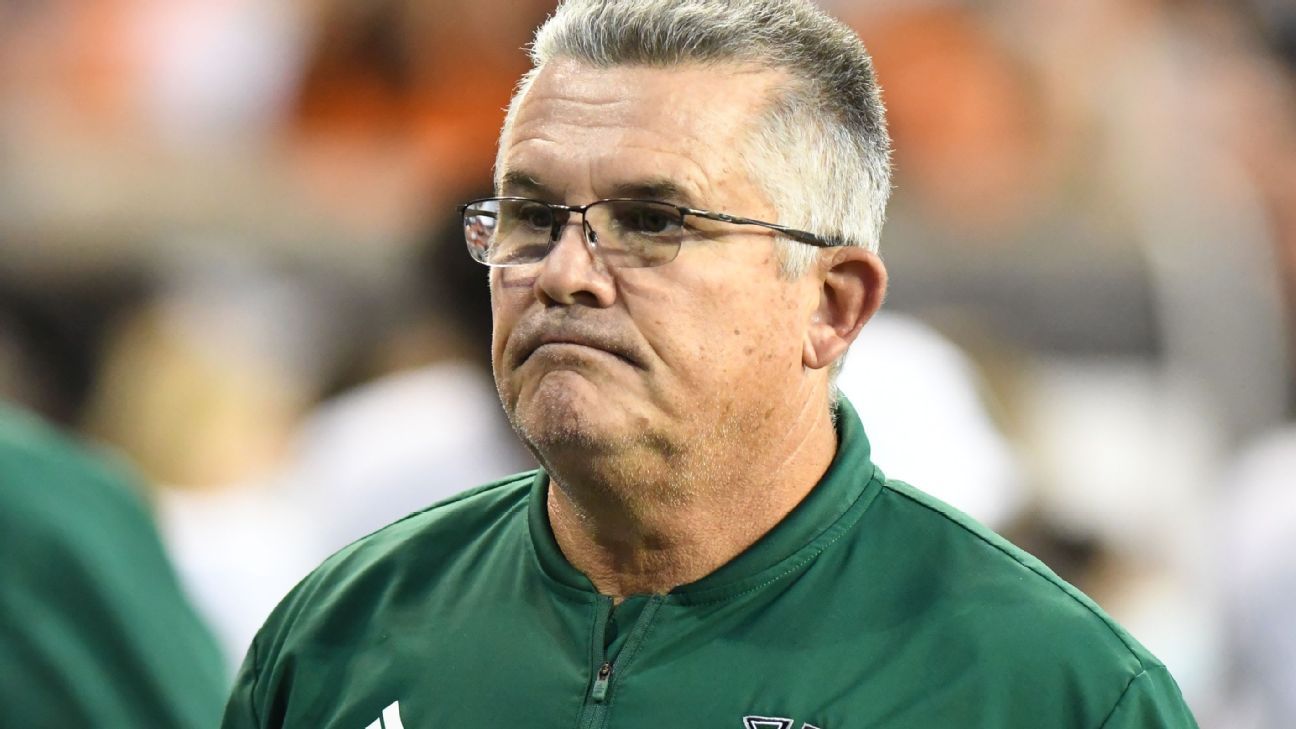 Graham’s decision comes a week after a state senate hearing in which former players provided testimony alleging verbal abuse and other problems within the culture of the football program. Athletic director David Matlin and other administrators remained supportive of Graham despite the allegations and the departures of 17 players via the NCAA’s transfer portal since November.

In a statement, Graham said he was not asked to step down following two seasons and an 11-11 record. He had three years left on a five-year contract and was earning $800,000 annually.

“Our staff poured our hearts and souls into our players and truly made a difference in their lives,” Graham said in a prepared statement. “I could not have asked more of their commitment, work ethic and love for our players and football program. But it is clear to me that I must step away and do what is best for me and my family and my health. I honor, value and love all of my players and coaches and I wish you the very best. The University has not asked me to step down. I am leaving solely for my family and my health. We have laid a strong foundation for future success, and I will always be cheering you on!”

Former players called Graham a “tyrant” and a “hypocrite” during the senate hearing, while Graham said no players were verbally abused and that he operates with a demanding coaching style. Hawai’i state senator Donna Mercado Kim on Tuesday told KHON-TV that the state could pay Graham’s remaining buyout of $1.275 million.

Allegations against Graham first surfaced on Dec. 1 during a Twitter Spaces discussion organized by former players RJ Hollis and Darryl McBride Jr., and then in an SFGATE.com story in which several players spoke out against Graham.

Graham, 57, had previously served as head coach at Arizona State, Pitt, Tulsa and Rice, and boasts a career record of 106-72.

“Todd’s tireless efforts as a coach have made a positive impact on many student-athletes,” Matlin said in a prepared statement. “We have talked at length, and it is clear he has taken this action so that the football program can thrive moving forward.”

Hawai’i will immediately begin a search for Graham’s successor.