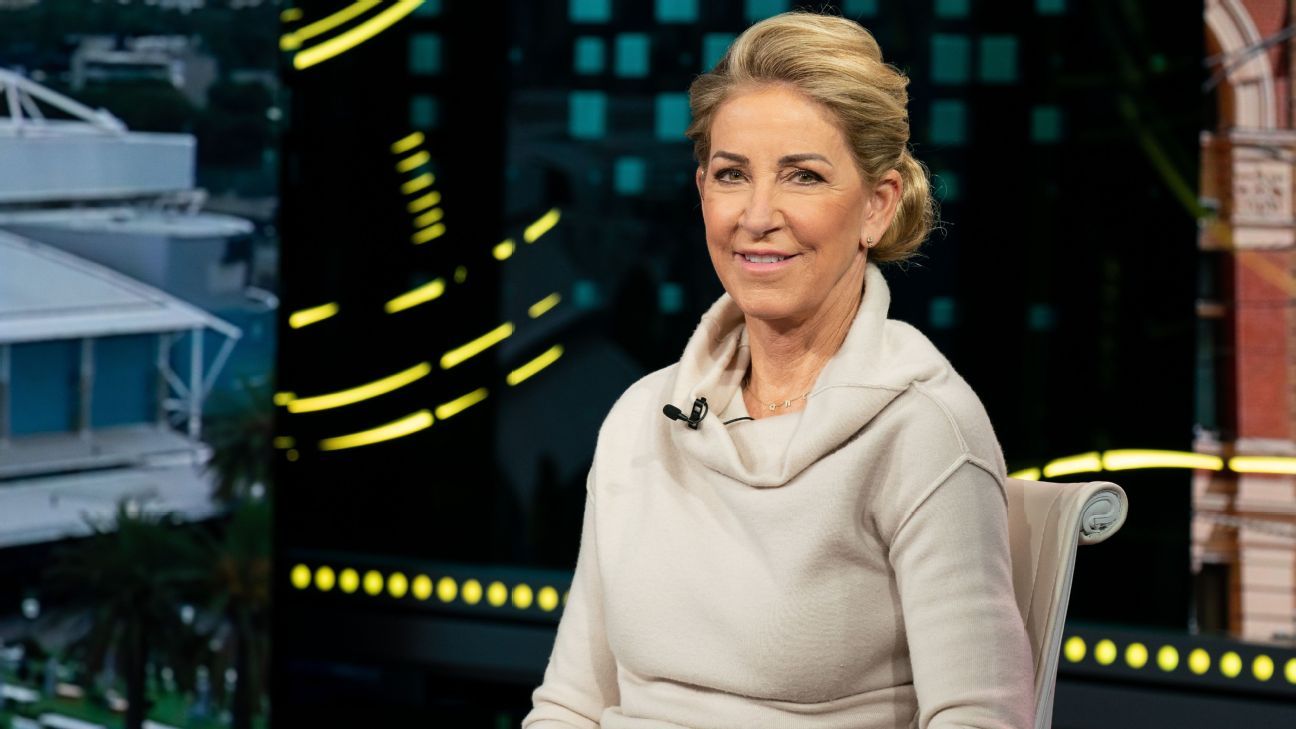 It was short, simple and yet so damn complicated.

“I can’t talk right now, but the pathology report came back today and revealed I have a malignant tumor in my fallopian tube; going in for more surgery next week then chemo … f— me…”

I read the text five times before it sunk in.

My friend Chrissie has cancer. The disease had killed her sister Jeanne. My god.

Chris Evert has been diagnosed with stage 1C ovarian cancer. It’s in an early stage, discovered following a preventive hysterectomy. Cancer has not been detected elsewhere in her body. This week, she began her first of six rounds of chemotherapy.

With time for some perspective, she says, “I’ve lived a very charmed life. Now I have some challenges ahead of me. But, I have comfort in knowing the chemotherapy is to ensure that cancer does not come back.”

But rightfully, she is a bit nervous.

“As someone who has always had control over my life, I have no idea how I’ll respond to chemotherapy,” Chrissie says. “I have to give in to something higher.”

For most women, including Chrissie, there are no symptoms. Early-stage ovarian cancer is virtually impossible to detect.

She reminded me that her annual exams, including tests for the amount of cancer antigen 125 protein in her blood, her ultrasounds and MRI with contrast were all negative.

“I am so lucky,” she says with the conviction of someone who has witnessed the unlucky.

Jeanne Evert Dubin, Chrissie’s younger sister, also a former professional tennis player, died in February 2020. She was 62. The two sisters were racing through the airport to make their flight to the WTA Finals in Singapore in October 2017 when Chrissie realized Jeanne was out of breath and couldn’t keep up.

“True to Jeanne’s personality and like many other women, Jeanne was busy taking care of everyone else,” Chrissie says.

Jeanne promised to see the doctor as soon as they returned. She was diagnosed with ovarian cancer. It was late-stage and had spread. Chrissie describes watching Jeanne in treatment as “devastating and traumatizing.” She says the memories of Jeanne’s strength will motivate her own.

“When I go into chemo, she is my inspiration,” Chrissie says. “I’ll be thinking of her. And she’ll get me through it.”

Chrissie delivered the eulogy at Jeanne’s funeral. Chrissie was stoic, poised and even funny. But above all, when addressing Jeanne’s cancer, Chrissie was blunt. It was a powerful delivery and message.

She wrote in the eulogy, “The last 2 1/2 years in Jeanne’s life have been, for lack of a better word, brutal. She dealt with numerous chemo’s, experimental treatments, surgeries, procedures, portals, needles and insidious pain. She fought and fought till the bitter end. For those of us who were on this journey with her, it was heartbreaking to watch.”

When Jeanne was enduring cancer, she tested negative for harmful variants of the BRCA1 gene, which can be markers for susceptibility to certain cancers. Family members were not encouraged to pursue genetic testing at that time. People with pathogenic (harmful/dangerous/concerning) variants of this gene have an increased risk of developing certain cancers, most notably breast and ovarian cancers.

In the years since Jeanne’s diagnosis, genetic testing has evolved. After further research, the variant in BRCA1 that Jeanne had was proven to be pathogenic. The final week of October, four years after Jeanne’s diagnosis, the Evert family received a call notifying them of the change in the interpretation of Jeanne’s genetic report.

That phone call was nothing short of a miracle.

Chrissie immediately sent her blood for genetic testing. It revealed that she, too, had a pathogenic variant of the BRCA1 gene. Following discussions with her doctor, Chrissie had a hysterectomy in early December.

“We thought we were being proactive,” Chrissie said. “Since Jeanne had ovarian cancer, that was the priority. A breast decision is down the road.”

Then things took an unexpected turn. “Dr. Cardenas called and said we need to go back in within the next 10 days for lymph nodes and other tissue samples.”

Chrissie was stunned. The pathology following surgery revealed malignant cells and a tumor originating in the left fallopian tube. As she sat in various appointments, too many of the medical terms were familiar.

“I heard all the terms for two years with Jeanne,” she said. “It was like déjà vu going back in time. Back to the space that was horrific.”

And then the wait.

“The longest three days of my life. Stage 1 or stage 3,” she said. “If I’m clear of cancer, I’m a different statistic. I was in a daze. I just couldn’t believe it. I had been working out, doing CrossFit, playing tennis. I didn’t feel anything different.”

Dec. 15 was a good day. Stage 1. Dr. Cardenas called Chrissie and got quickly to the point. All pathology this time had come back negative. Cancer had been removed during the hysterectomy. It had not spread. Following chemotherapy, there’s better than a 90% chance that her cancer never returns.

“I don’t remember being that happy in years!” Chrissie said.

Since her debut at age 16 at the 1971 US Open, Chrissie has inspired millions of women worldwide to pursue their athletic dreams. She is proud to have exemplified a mix of athleticism and femininity. A champion, businesswoman, philanthropist and, above all, a mother, Chrissie has done everything. She continues to thrive on competition, yet she dislikes confrontation as much today as she did in her playing days. She’d sooner get to work on solving a problem or injustice than argue over it.

Chris Evert Charities has raised close to $30 million to combat drug addiction in South Florida. She also works tirelessly as chairperson of the USTA Foundation, which benefits underserved youth throughout the country. Chrissie understands her profile and the responsibility that comes with her platform. It’s one of the traits I admire so much about her generation of WTA players.

Now, 50 years after her debut on the world’s stage, she’s putting this personal information front and center for the sake of all women and men. She makes an impassioned case for sharing her story.

“Chris, more people need to hear stories like these!” she tells me. “It’s the stark reality! We need to have these conversations. Ovarian cancer is a very deadly disease. Any information is power.”

Her advice is imperative: “Be your own advocate. Know your family’s history. Have total awareness of your body, follow your gut and be aware of changes. Don’t try to be a crusader and think this will pass.” 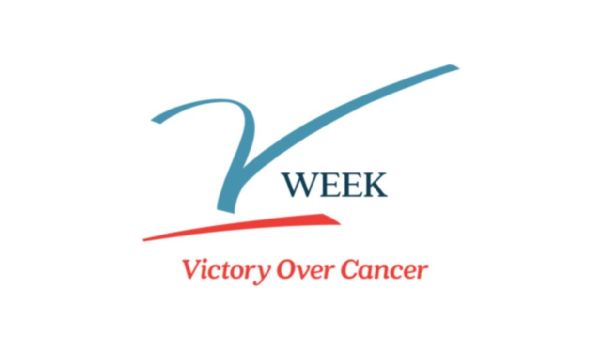 ESPN and the V Foundation are committed to the fight against cancer. If you are able, please support cancer research by visiting V.org/donate.

Remember, 100% of direct donations go to cancer research and programs.

The perception of gynecologic cancers (ovarian, cervical, fallopian tube, uterine) as a women’s disease or cancer also needs to change. Mutations to the BRCA1 gene can lead to an increased risk of cancer for people of all gender identities.

Chrissie calls the days spent waiting for her results “humbling.” She realized she was joining a sorority that nobody wants to be a part of. She thought of Jeanne often, along with “the many other women, sisters, friends and families that are or have been facing this challenge.”

Dr. Cardenas says the keys to an early diagnosis are keeping up to date with exams and office visits, knowing your family history and having a good relationship with your gynecologist. Women should know the risk factors, too – endometriosis, history of breast cancer and infertility are among them. The average age for ovarian cancer diagnosis is 63.

“Ovarian cancer is rare,” Dr. Cardenas said. “However, if a patient has a family history, we encourage genetic testing and counseling.”

For more information, Chrissie asks that you visit The American Cancer Society at www.cancer.org and Cleveland Clinic at ClevelandClinic.org.

ESPN and the V Foundation are committed to the fight against cancer. If you are able, please support cancer research by visiting V.org/donate.