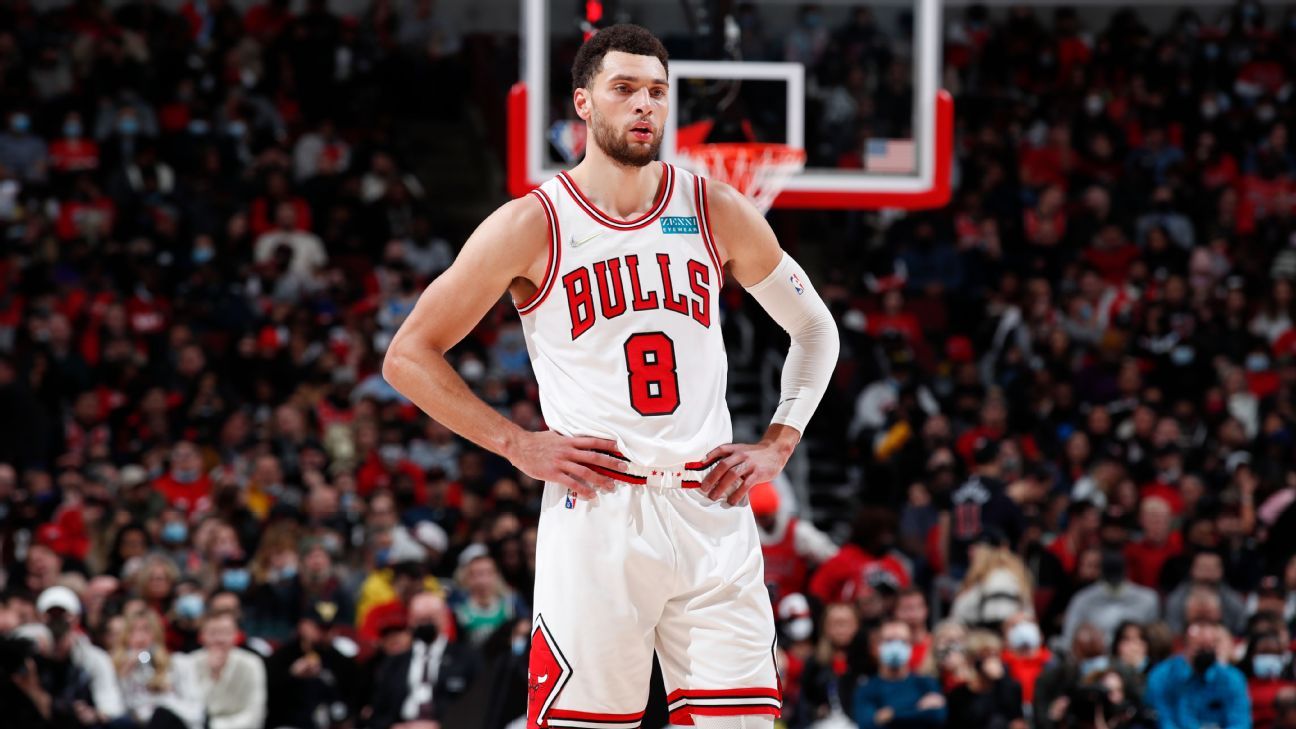 CHICAGO — Bulls guard Zach LaVine exited Friday’s 138-96 loss to the Golden State Warriors in the first quarter with a left knee injury and did not return.

LaVine did not travel with the team to Boston for its matchup against the Celtics on Saturday night, and instead will remain in Chicago to receive an MRI. There’s initial confidence that he hasn’t suffered a serious injury, sources told ESPN’s Adrian Wojnarowski.

LaVine appeared to begin laboring after grabbing an offensive rebound with just under nine minutes remaining in the first quarter. On the next play, he took an intentional foul on Warriors guard Stephen Curry before taking himself out of the game.

He immediately walked toward the Bulls’ locker room with a team trainer, but LaVine was able to move under his own power.

“The MRI will tell a lot more once he gets that done,” Bulls coach Billy Donovan said after the game. “I don’t want to sit here and speculate … he kind of came down a little funny, and he’s got some discomfort there right now and they want to take a look. He didn’t feel like he could return.”

The Warriors took over following LaVine’s injury, closing the first half on a 64-37 run. The Bulls lost by 42 points on Friday after losing by 26 points to the Nets on Wednesday. It’s the first time a conference leader has lost consecutive games by an average of 30 points since the NBA went to two conferences in 1970, according to research by ESPN Stats & Information.

“These two games should be all the motivation that we need to step up, play hard, play for one another,” Bulls star DeMar DeRozan said. “It’s just another challenge that we got to face. We can’t complain about it. Can’t whine about it. Can’t look for no extra help. It’s on us.”

‘When he hits you, it’s different’: What it’s like facing the KO power of Derrick Lewis
Caufield chose surgery given Habs’ playoff outlook
Sources: Chelsea sign Fernandez for record fee
O’s pad rotation, acquire Irvin in trade with A’s
Why we might have to wait until 2024 to see Artur Beterbiev vs. Dmitry Bivol in a must-see matchup