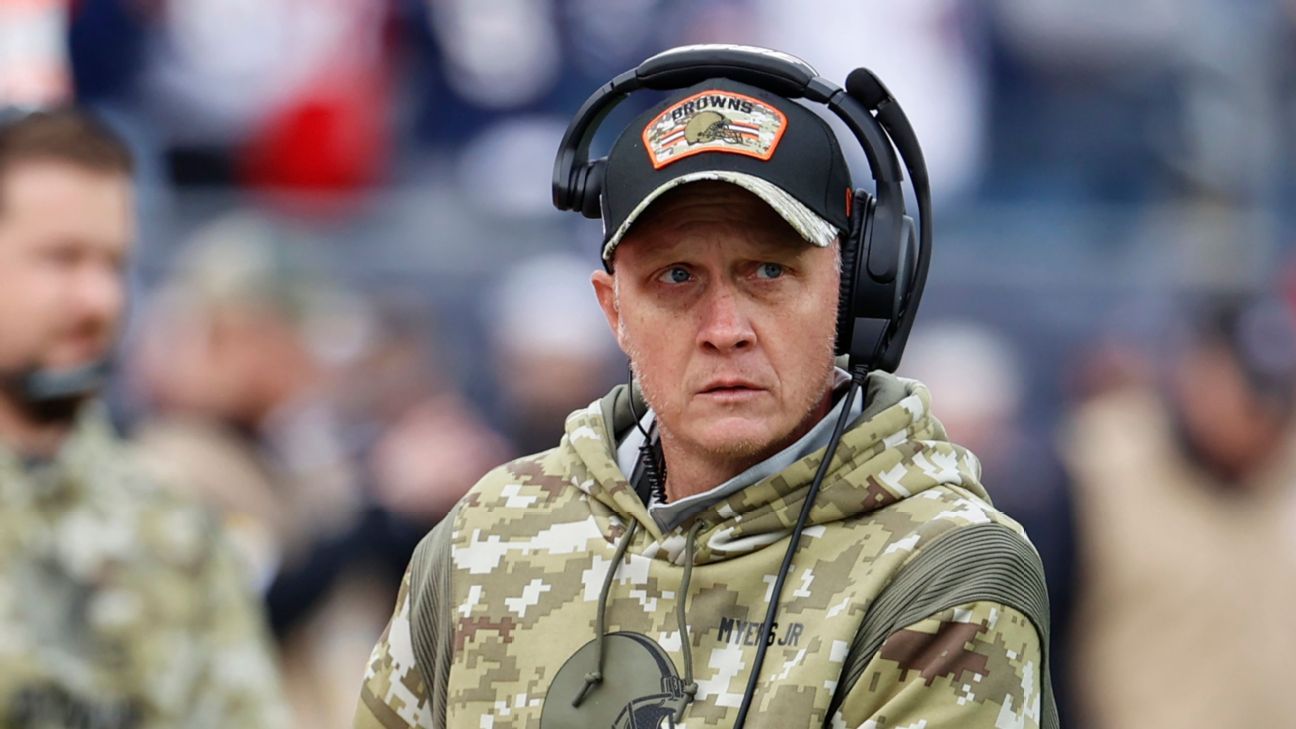 Ole Miss coach Lane Kiffin is bringing in his younger brother, Chris, to join the Rebels’ staff as co-defensive coordinator, sources confirmed to ESPN on Thursday.

Chris Kiffin, expected to coach linebackers, will team with co-coordinator Chris Partridge to head up the defense. Partridge has been a member of the Rebels’ staff for the past two seasons and coached safeties.

D.J. Durkin, who called the plays for the defense the past two seasons, left earlier this month to become defensive coordinator at Texas A&M.

Chris Kiffin was previously the defensive line coach with the Cleveland Browns. He and Lane Kiffin worked together at Florida Atlantic in 2017, when Chris was defensive coordinator on the Owls’ Conference USA championship team, and at USC in 2010, when Chris served as a defensive administrative assistant.

RebelGrove.com was first to report Kiffin’s deal to return to Ole Miss.

In addition, Lane Kiffin has hired Marquel Blackwell from Houston to be the Rebels’ running backs coach and Nick Savage, previously at Florida, to be head strength and conditioning coach.

The Rebels finished 10-3 in Kiffin’s second season in Oxford. It was the first 10-win regular season in school history.