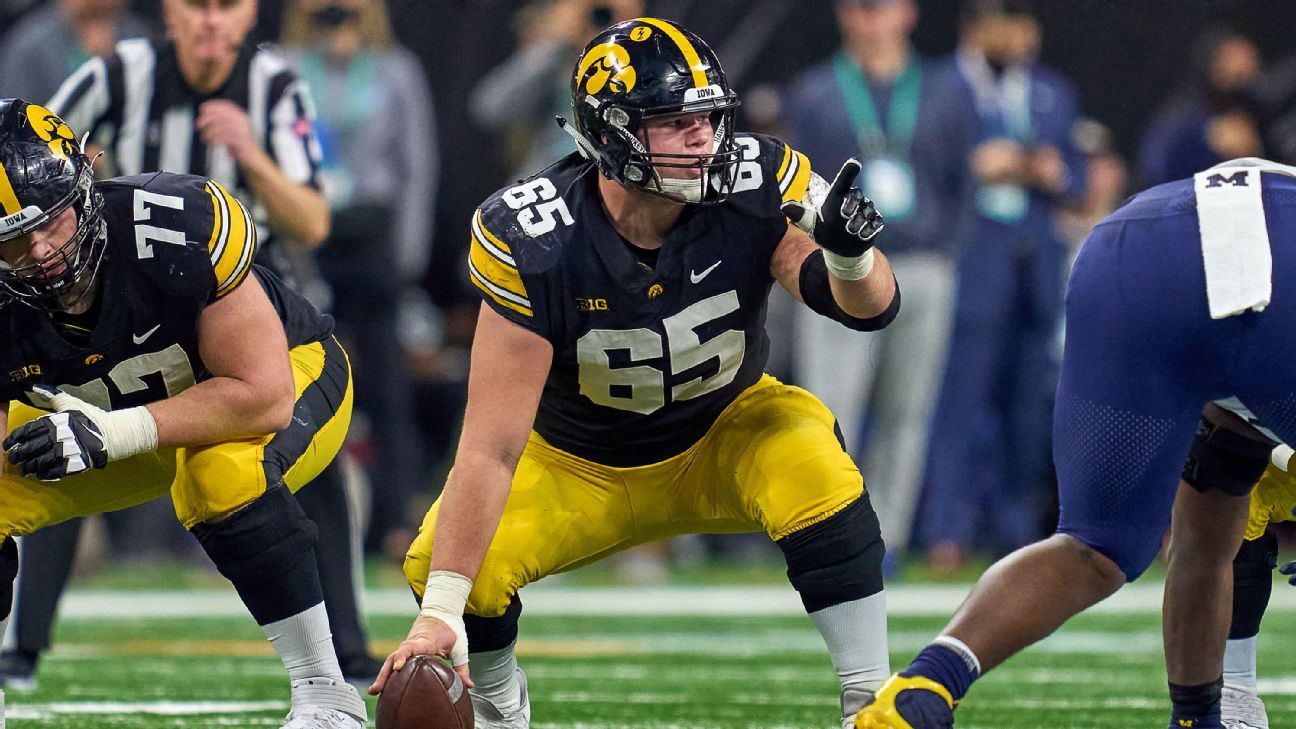 Linderbaum is Mel Kiper Jr.’s top center prospect in the upcoming draft and the recipient of the Rimington Trophy this past season, recognizing the nation’s top center.

“These last four years have been nothing short of amazing,” Linderbaum said on social media. “Being able to play the game I love with the best teammates and coaches in front of the best fan base in the world has been a dream come true. I will forever be thankful for all the love and support I have received over the last four years and truly could not imagine my time anywhere else.”

Linderbaum is a three-year starter for the Hawkeyes and has been an anchor on the offensive line since his redshirt freshman season in 2019. Linderbaum was honorable mention All-Big Ten that year, starting 13 games at center.

He was then voted first team All-Big Ten in 2020, and was one of three finalists for the Rimington Trophy. He started all eight games that season as well and became one of the best centers in the country.

He lived up to the preseason expectations in 2021, winning the Rimington Trophy and was named an All-American on the offensive line.

Linderbaum is projected as a first-round pick in Kiper Jr.’s latest mock draft and the third-best offensive lineman overall.

Man United’s Eriksen ruled out for three months
Way-too-early tennis rankings and predictions for the rest of 2023
W. Klitschko objects to Olympic path for Russians
Rahm surges at Torrey Pines, within 2 of Ryder
49ers No. 2 RB Mitchell inactive for title game