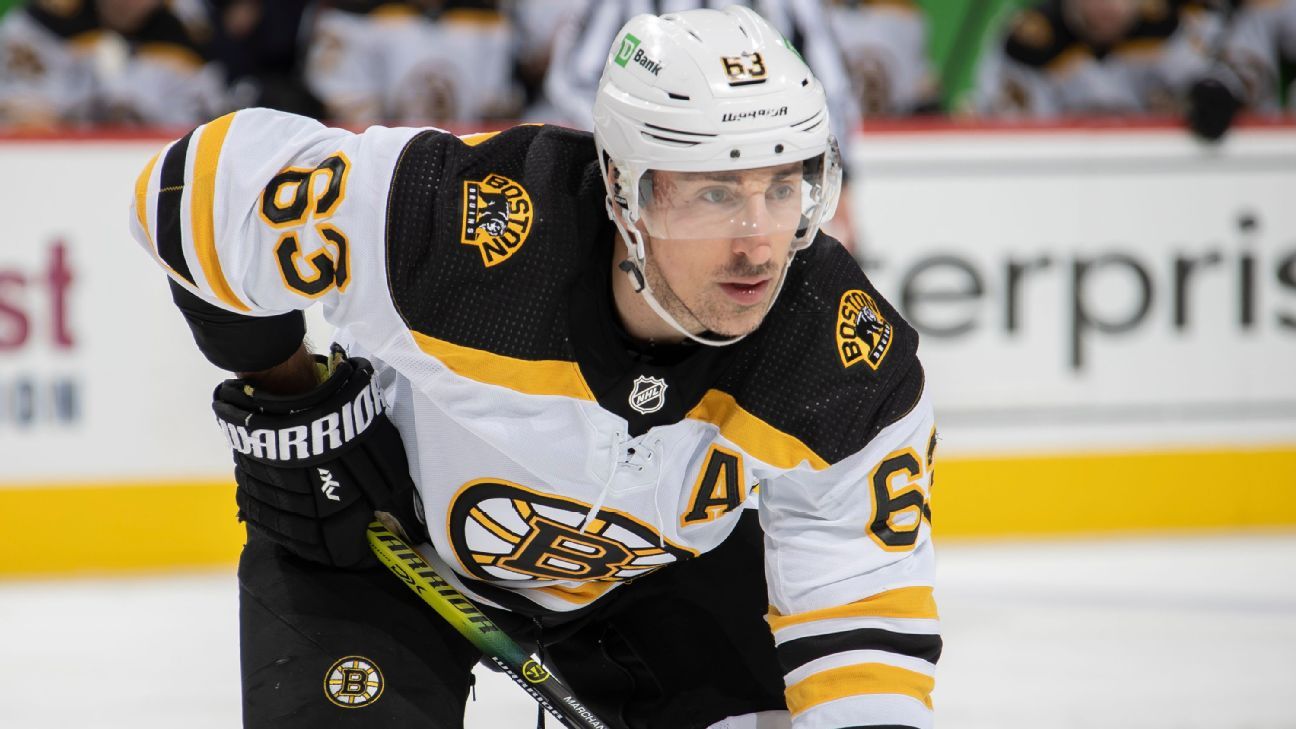 There’s no shortage of star power — on the 10-man rosters and the “last man in” voting group for each division — but a number of talented players are notable for their absence from the lists.

We gathered our panel of writers to break down the biggest snubs, the players whom they are most excited to see during All-Star Weekend, and the players who didn’t make the cut this season but are certain to make the team in 2023.

Who was the biggest snub from this year’s rosters?

Emily Kaplan: The decisions are made by the NHL’s Hockey Operations Department, and they don’t necessarily prioritize who makes sense from an entertainment or marketing perspective. I would have loved to see players who show off more personality being featured in Vegas. That includes Trevor Zegras from Anaheim, Elvis Merzlikins from Columbus and Brady Tkachuk from Ottawa.

While Adam Pelech is a wonderful defenseman, his Islanders teammate Mathew Barzal is someone I always look forward to seeing in the skills competition. Overall, I think there should be more rookies and young players; this would have been a great intro event for Detroit’s Lucas Raymond. For biggest snub, it’s Zegras for me.

Kristen Shilton: Patrice Bergeron is rightfully on track to feature prominently in the Selke Trophy conversation (again), and Charlie McAvoy is having an undoubtedly good season on Boston’s blue line. But Brad Marchand has been consistently great for the Bruins this season, not to mention the fact he’s top 10 in league scoring, and averaging nearly 1.50 points per game.

Perhaps it’s that Marchand’s more colorful on-ice moments and off-ice comments draw too much attention away from his actual play. That’s a shame, because Marchand is a top-tier forward who has been able to carry his team through a number of injury- and illness-related setbacks.

Greg Wyshynski: There’s a lot going on in these selections to which we are not privy. That goes for general managers whispering to Colin Campbell about a star player not wanting to participate in the event and being left off the roster. That goes for the unique construction of these rosters for a 3-on-3 format — such as needing two goaltenders from each division. All that established: I’d to do some light demolition on the Pacific Division to get Quinn Hughes on the squad.

Let’s knock out Adrian Kempe of the Los Angeles Kings and move Jonathan Quick into that spot, a goalie who’s having a comeback season and is made for the chaos of 3-on-3 hockey. With Quick and John Gibson as the goalies, we can send Thatcher Demko home and bring in Hughes as the Canucks’ participant. That would give the Pacific a second defenseman with Vegas’ Alex Pietrangelo, and give the All-Star Game an incredibly skilled 22-year-old who has earned this spotlight. Plus, you have both Hughes brothers in the All-Star Game for the first time, and Quinn Hughes vs. Cale Makar in the opening-round game. The featurettes practically film themselves.

Who are you most excited to see participate in the All-Star Weekend festivities?

Emily Kaplan: Kirill Kaprizov. I was lucky enough to go to the KHL all-star game in Moscow in 2020 — just before the pandemic — while Kaprizov was the star of that league. It was a treat to watch him then, and he really leaned into the fun aspects of the weekend. He’s an emerging personality and face of this game, so I’m excited to see him showcased.

Kristen Shilton: Cale Makar. Is there anyone more fun to watch right now — at any position — than him? When Makar has the puck on his stick, it literally feels like anything is possible. In an All-Star setting, where the focus certainly won’t be on sound defensive play, Makar can really open up and indulge his offensive side. Given what he has shown off lately in game settings, I can’t wait to see what’s up his sleeve in a venue where over-the-top antics are encouraged.

Greg Wyshynski: So there’s this guy on the Edmonton Oilers you may have heard about … but seriously, it’s Connor McDavid. The single greatest offensive hockey force currently known to man, and also a man on a mission: Please recall that Mathew Barzal snatched his “fastest skater” crown in the 2020 All-Star Game in St. Louis, winning by 0.040 seconds. McDavid said it was because he hadn’t played for a week: “You’re sitting on your bum for six days and you hop in and try to go 100 mph, so it’s tough.”

I want to see Connor break the sound barrier to reclaim the throne. I want to see him send flying saucer passes for Jordan Eberle to finish. And frankly, I just want to see the guy having fun, considering how little the Oilers have been having lately.

Name one player who didn’t make the roster this season, but will make it next season

Emily Kaplan: Trevor Zegras is the biggest; he created the buzziest and most viral hockey moment of the season. John Gibson has long been the face of the Ducks, but this Anaheim season has been all about the kids stepping up. Lucas Raymond, Elvis Merzlikins, Igor Shesterkin, Brady Tkachuk … I would have taken any of those guys this year, but next year will do!

Kristen Shilton: Zegras, without a doubt. Lucas Raymond is a shoo-in. It’s always tough for goalies with fewer spots to get selected, but Igor Shesterkin has to be there. With how well Elias Lindholm has played this season (he could fall in the snub category too!), count on him to be in the mix here next season as well. And a sleeper contender: Tanner Jeannot, an under-the-radar rookie with a lot of potential to pop.

Greg Wyshynski: Jack Eichel. We obviously have no idea how Eichel fits with the Vegas Golden Knights, or what they end up doing with him as their franchise center. But the All-Star Game is all about offensive flourish, interesting personalities and meaty storylines. When healthy, Eichel is one of hockey’s elite offensive players; he lacks the filter that turns many of his peers so boring; and the storylines don’t come any meatier than Connor McDavid and Jack Eichel as teammates, nearly eight years after they were drafted first and second overall.