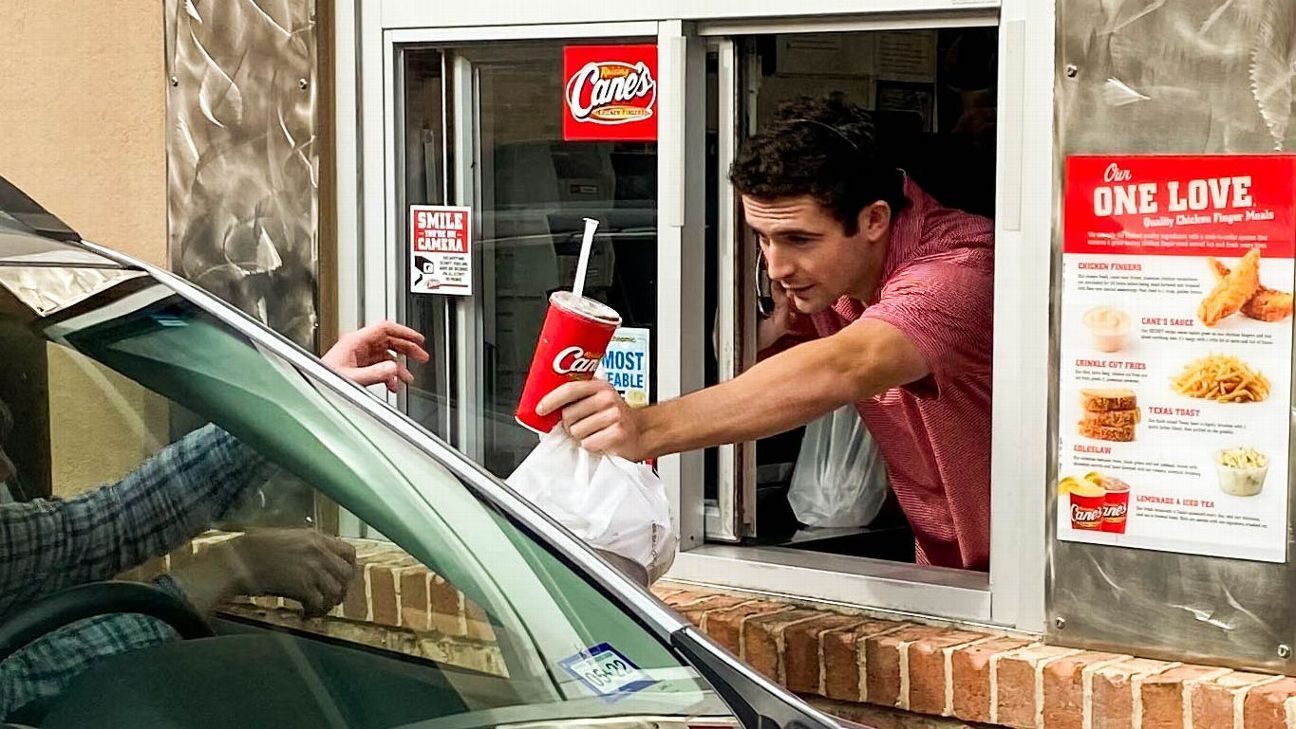 After leading the Georgia Bulldogs to their first national championship since 1980 on Monday, quarterback Stetson Bennett had one more thing to give out to Bulldogs fans: chicken fingers.

The MVP of the College Football Playoff National Championship win over the Alabama Crimson Tide handed out hundreds of chicken finger meals to surprised University of Georgia students at a Raising Cane’s drive-thru on Thursday in Athens, Georgia. The restaurant chain’s location near the school’s campus was the first opened in Georgia.

Raising Cane’s Chicken Fingers is a fast-food restaurant with its headquarters in another SEC city (Baton Rouge, Louisiana), known for its chicken fingers and famous “Cane Sauce.”

Bennett threw for 224 yards and two touchdowns against the Crimson Tide, helping the Bulldogs win the championship matchup 33-18. It was a form of revenge for Georgia, as it previously lost to Bama 41-24 in the SEC championship game.

Bennett, 24, said he plans to return for his sixth college football season. For which school exactly, he hasn’t decided on just yet.

“I’m gonna play football next year. We’ll see where,” Bennet said in an interview with “Good Morning America” on Tuesday.