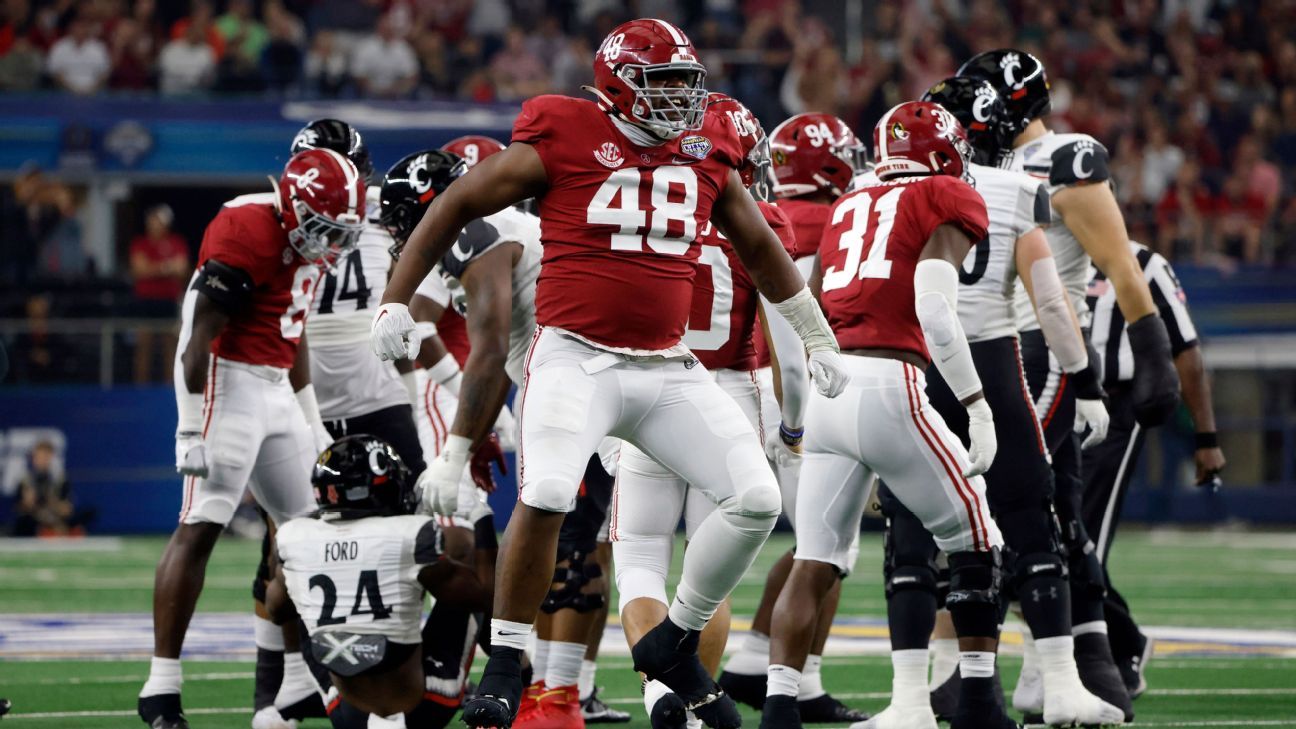 Alabama‘s most productive defensive lineman, Phidarian Mathis, announced Wednesday that he will enter the NFL draft.

The senior from Louisiana could have played one more year in college by using the free year of eligibility afforded to athletes because of COVID-19 disruptions in 2020, but he chose instead to declare for the draft in a message he posted to Twitter.

Mathis had 12 tackles for loss and nine sacks during his senior season. He also had six quarterback hurries, two pass breakups and one forced fumble.

Alabama outside linebacker Christopher Allen signed with an agent on Wednesday, signaling his intent to turn pro as well.

A fifth-year senior and former All-SEC selection, Allen was injured during Alabama’s season-opener against Miami and did not play the rest of the season.