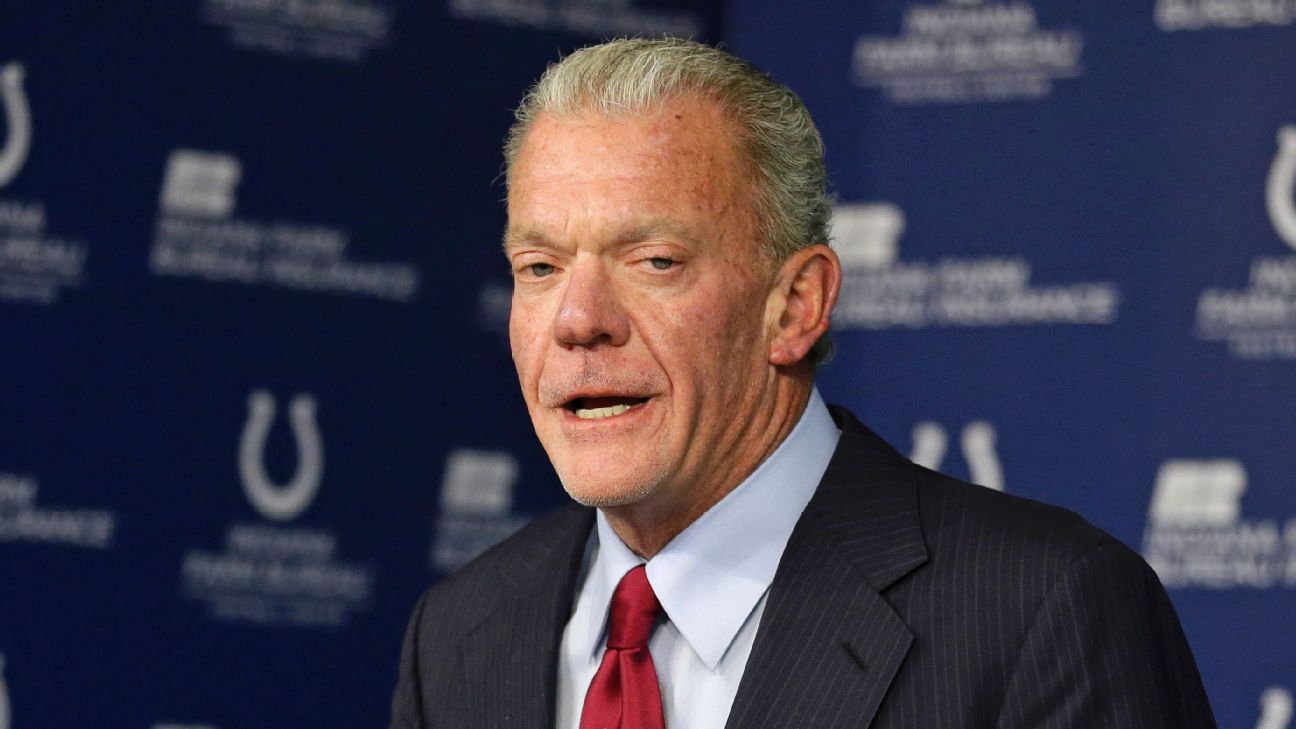 INDIANAPOLIS — Colts owner Jim Irsay released a statement Wednesday in which he apologized to the fans after the team ended its season “in perhaps the worst way possible and missed our chance to compete for history.”

Irsay issued the statement just days after the Colts missed the playoffs for the fifth time in the past seven seasons.

This season’s disappointment could sting Irsay and the Colts for some time because all they had to do is win one of their final two games to clinch a playoff spot.

Indianapolis lost at home to the Raiders in Week 17 and then embarrassed themselves by losing at Jacksonville to the Jaguars, who will have the No. 1 pick in the draft in April, in Week 18.

Irsay met with coach Frank Reich and general manager Chris Ballard at the team’s facility in Indianapolis as soon as they returned from Jacksonville on Sunday night.

“I love his approach and how demanding and holding us all accountable, but also showing support as an owner that he wants to do whatever it takes to get our organization to the top, to get our team to the top,” Reich said. “It was a good conversation, a supportive conversation, but also demanding and wanting answers and wanting to hold us accountable.”

The collapse came after the Colts rebounded from an 0-3 and 1-4 start to the season to put themselves in position to make the playoffs.

“The buck stops with me, and this experience makes me even more determined to bring Indiana a contending team,” Irsay wrote. “We are already working toward the future, and I’m going to do whatever it takes to put us in a position to win next year and for years to come.”

Expectations were high for the Colts this season after they gave up first- and third-round picks to the Philadelphia Eagles for quarterback Carson Wentz during the offseason.

Wentz, though, never found his comfort zone this season. He threw for more than 200 yards only twice over the final eight games, which brings into question whether he is the long-term answer at the position.

“We got to be better in the passing game,” Reich said. “I would say that anyways, but I just think it was definitely below our standards, and there’s multiple reasons for that. We have to take ownership of that as coaches and players.”

What’s next for USMNT without sporting director, GM or coach?
What does the hiring of Sean Payton mean for Broncos and Saints?
LeBron, Giannis voted as All-Star Game captains
World Rugby signals intent to lower pro tackling height
Is Scott Rolen really Cooperstown-worthy? Six reasons the third baseman is a Hall of Famer