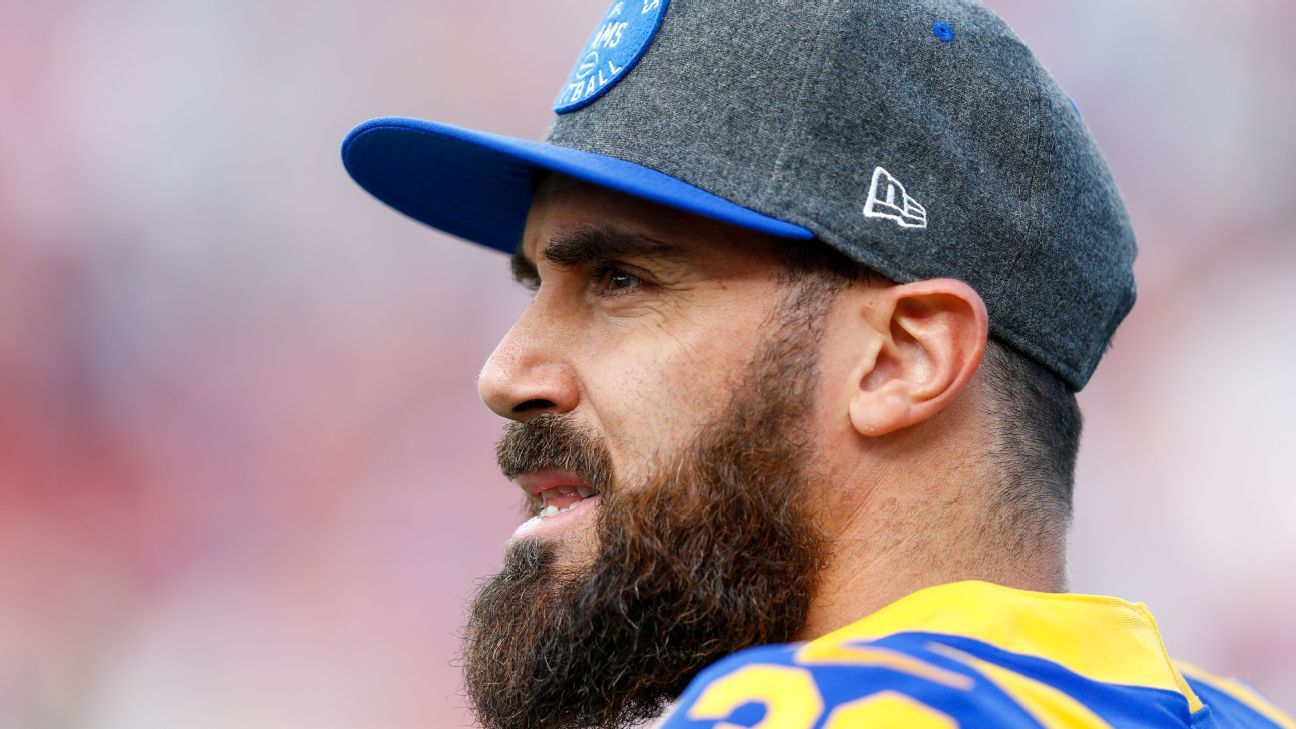 Safety Eric Weddle is coming out of retirement to sign with the Los Angeles Rams for the playoffs after the season-ending injury to Jordan Fuller.

Weddle’s return to the Rams was announced by his agent, David Canter, on Wednesday.

Fuller, the Rams’ defensive signal-caller, suffered an ankle injury that will require season-ending surgery in Los Angeles’ overtime loss to the San Francisco 49ers on Sunday.

The Rams also are dealing with two other key injuries in their secondary. Safety Taylor Rapp, who grabbed his fourth interception of the season against the 49ers, has entered the concussion protocol and cornerback Darious Williams suffered a shoulder injury in the game.

Weddle, 37, retired after the 2019 season, in which he started all 16 games for the Rams. He was a team captain and was the defensive signal-caller.

W. Klitschko objects to Olympic path for Russians
‘When he hits you, it’s different’: What it’s like facing the KO power of Derrick Lewis
Sources: Holloway to return vs. Allen on April 15
Caufield chose surgery given Habs’ playoff outlook
Mazzulla, Celts staff to coach Giannis-led All-Stars